Desperate search for swimmer, 22, after he vanished from a packed beach – leaving a disabled boy, 10, in his care wandering the streets naked by himself until midnight

By Alex Chapman and Bryant Hevesi For Daily Mail Australia

A desperate search is underway for a 22-year-old carer who vanished from a packed beach, leaving a young boy wandering the shore on his own.

Nischal Ghimire has been missing for almost 24 hours after he took a 10-year-old child he cares for to Glenelg beach in Adelaide.

The carer had gone to a home in Edwardstown to collect the boy about 4pm on Thursday, before heading to the beach. 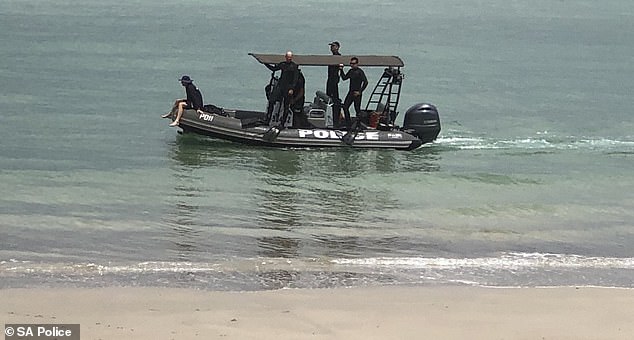 Mr Ghimire is believed to have gone swimming at Adelaide’s Glenelg beach on Thursday night. Pictured, police search the beach for signs of the missing man

After he failed to return with the child, the pair were reported missing to police.

The young boy was later found wandering on his own along The Esplanade, Glenelg North, by a nearby resident about 12.30am on Friday.

‘About midnight we had a knock at the door… and we opened the door and this kid was screaming and ran straight into our apartment. He was dripping wet and naked,’ he told the Adelaide Advertiser.

‘He sat on the couch and we gave him a towel and… rang the police. He looked pretty shaken up.’

South Australia police said in a statement the child’s appearance led them to believe the pair had been swimming.

But, due to the child’s disability, they have been unable to speak to him.

The young boy was safely returned to his parents. 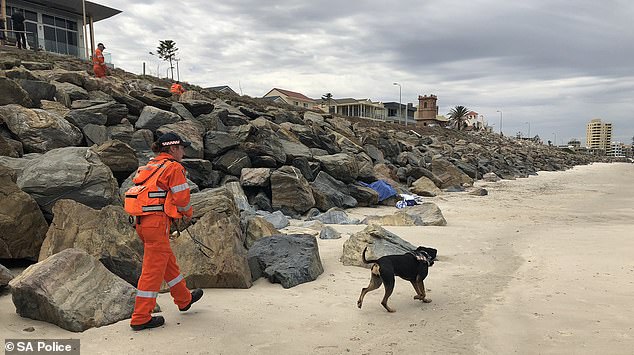 Mr Ghimire’s white Mitsubishi Colt was found near where the little boy was located.

Despite the abandoned car, police do not suspect foul play.

An extensive search by foot, air and sea was launched to find Mr Ghimire, who is of Indian appearance.

No evidence of the young man was found throughout Friday’s search. It is scheduled to continue until sundown and resume Saturday morning.

He was wearing a t-shirt, long pants and glasses when he was last seen.

Relatives and friends of Mr Ghimire gathered at the beach early on Friday to help in the search.

They said that while he loved the beach, he didn’t know how to swim. 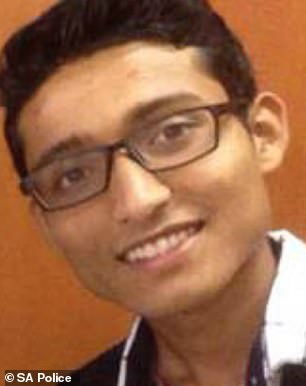 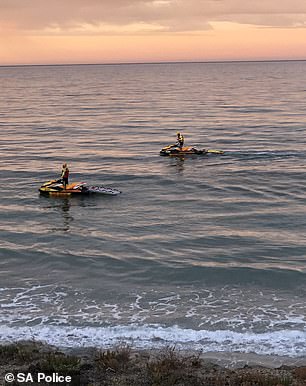 Mr Ghimire (pictured left) was last seen wearing a t-shirt, long pants and glasses. Emergency services have been searching on foot, in the water (pictured right) and in the air

Officers investigating Mr Ghimire’s disappearance are calling for the public’s help and they are also keen to talk to driver seen after the child was found.

‘Police would also like to speak to the male driver of a red/maroon Honda sedan that was seen soon after the child was located, as they may have information that can assist police,’ South Australia police said in a statement.

Anyone with information is urged to contact the police assistance line on 131 444. 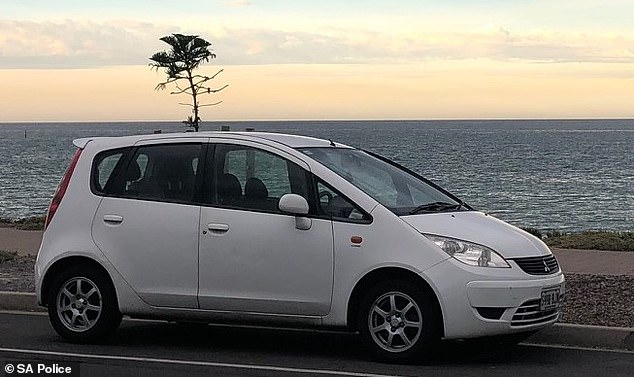