With the possibility of winter holidays clouded with uncertainty, desperate holiday companies are slashing prices by hundreds of pounds to secure bookings.

Tui has dropped the cost of one ten-night break in the Maldives starting on November 29 by £400.

Two weeks ago the firm was advertising, through price-comparison site TravelSupermarket, an all-inclusive stay for two at Ellaidhoo Maldives by Cinnamon for £2,376. This has now dropped to £1,976.

Tui has dropped the cost of one ten-night break in the Maldives, pictured, starting on November 29 by £400

Average price drops over the past month for package holidays between October 1 and December 31, 2020:

Emma Coulthurst, travel commentator from TravelSupermarket, said that some companies are clearly trying to re-stimulate the market.

As well as the aforementioned example, she said that ‘you can get the equivalent of an extra star for your money or a higher-value board type in terms of value on some autumn/winter holidays’.

She also reported that for package holidays departing October 1 to December 31, prices dropped across the market between April 14 and May 14 compared to the March 14 to April 14 period.

Other discounted deals include a trip to Majorca for seven nights for two adults and two school-age children departing Gatwick on October 24. It was £325pp two weeks ago and it’s now £293pp, a drop of £32.

And a seven-night trip for two to Jamaica, staying at the Grand Palladium Jamaica Resort & Spa, departing on December 7, was £963pp two weeks ago and is now £944. That’s a drop of £19. 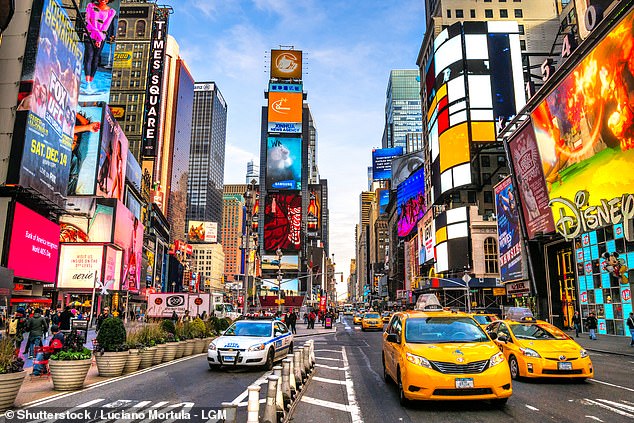 The average return price in economy from London to New York in December had been £388.30. Now you can snap up that trip with British Airways, between December 5 and December 12, for £285

It said that the average price over the past two years (return, direct, economy class travel) from London to Bangkok in December had been £637.40, but now it’s possible to make that journey, with Eva Air, between December 5 and December 19, for £563. That’s a drop of £74.40.

The average return price in economy from London to New York in December, meanwhile, is £388.30. Now you can snap up that trip with British Airways, between December 5 and December 12, for £285. That’s a difference of £103.30.

The most popular destination for bookings for the latter quarter of the year – October to December – on TravelSupermarket is Tenerife, followed by Lanzarote (2nd), New York (3rd), Amsterdam (4th), Costa Blanca (including Benidorm, 5th), the Hurghada area in the Red Sea (6th), Jamaica (7th), Cape Verde (8th), Dominican Republic (9th) and Dubai (10th). 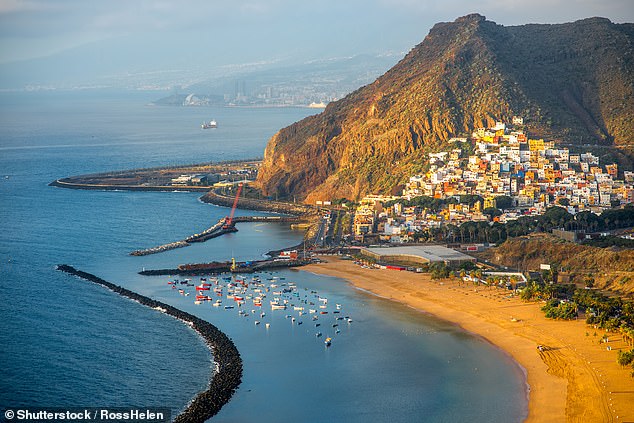 MOST POPULAR BOOKINGS FOR LATER IN 2020

However, many people are holding back.

Ms Coulthurst said: ‘There are more enquiries and clicks on holidays departing in the latter half of the year than there are for April and May.

‘But, when it comes to actual bookings, the data shows that there are currently more bookings for April and May.

‘It seems that the desire to travel later in the year by some people is very much there, but there is an element of holding back from booking at the moment until the path back to travel is clearer.’

Outdoor accommodation listing site pitchup.com, meanwhile, has reported that it saw a 135 per cent surge in bookings after Boris Johnson’s speech on Sunday.

Dan Yates, founder of Pitchup.com, said: ‘Bookings surged 135 per cent following Boris’s speech on Sunday compared to the week prior. Pitchup.com now has over 10,830 bookings for 2020 from July 4 onwards. As of May 13, Pitchup.com already has 271 bookings for 2021, versus 12 for the same time last year.

‘Many campsites and holiday parks are spread over tens or hundreds of acres in remote, rural locations. Pitches are often generously sized, for example, 10m x 10m, which is unsurprisingly appealing at the moment. We expect greater interest in low-cost travel given the economic impact coronavirus has inflicted on so many. One of the few silver linings of this episode may be millions permanently refocusing on what really matters – an ethos holiday parks and campsites have espoused for decades.’

There is clearly considerable pent-up demand for holidays and when lockdown conditions are lifted, people will have a renewed appetite for travel

The site stressed that holiday parks and campsites remain closed by law and won’t reopen until July 4, 2020, at the earliest.

It should also be noted that while driving to beauty spots is allowed in England, it is currently forbidden in Northern Ireland, Wales and Scotland.

An Abta spokesperson said: ‘There is clearly considerable pent-up demand for holidays and when lockdown conditions are lifted, people will have a renewed appetite for travel to see friends and family and for taking a well-deserved holiday. Domestic travel is likely to be the first to open up, with restrictions on international travel expected to be lifted in a more piecemeal fashion.

‘We’re seeing a number of popular destinations begin to announce recovery plans, so once we are ready to travel, and as we get nearer to the end of the year, travellers would be surprised how our much-loved destinations in the Mediterranean could actually have very mild winters. Not as reliable as their summer, but certainly better than the UK.’