Desperate Virgin Australia CEO pleads with the government for $1.4billion to keep it afloat and avoid an ‘airline monopoly’ – as experts warn company could fold in the next 100 days

Virgin Australia is warning the country could face an airline monopoly if it is forced to fold as a result of the coronavirus pandemic.

The airline is asking the federal government for financial support to help the company ride out the uncertainty of COVID-19 until commercial operations return to normal.

‘We are not looking for a bailout,’ he told The Australian.

‘We are looking for a hand-up, for assistance to bridge through the crisis. Confidence is a very important thing for airlines.’

Virgin Australia wants the federal government to provide a ‘statement of confidence’ in the same way they may help out a bank.

The price tag to ensure the airline’s continued operation is $1.4billion and they’re seeking that from taxpayer funds. 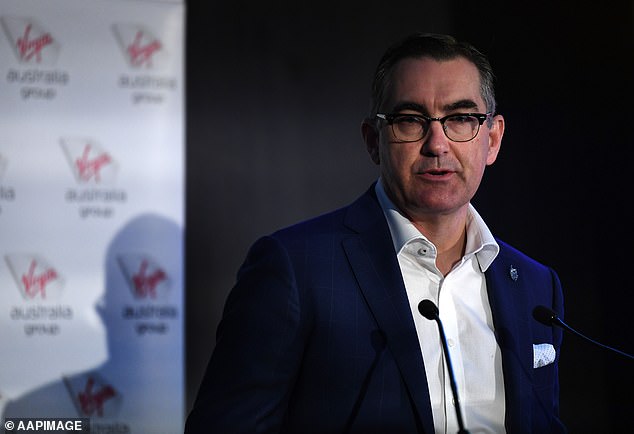 Mr Scurrah said the future of carrier’s 9,500 staff was dependent on the government’s support.

‘The federal government wants to emerge from this crisis with two airlines,’ he said.

‘And without us, it is not going to have one. We all know what would happen if there was a monopoly.’

He said Virgin Australia currently has about $800million in cash reserves.

Fitch Ratings Analyst confirmed the company only has about three months to sure up enough cash to keep operating, reported the Australian.

‘If it is to ride out the government-­imposed shutdown on aviation… They have a little bit longer than that — a couple more months tops,’ she said. 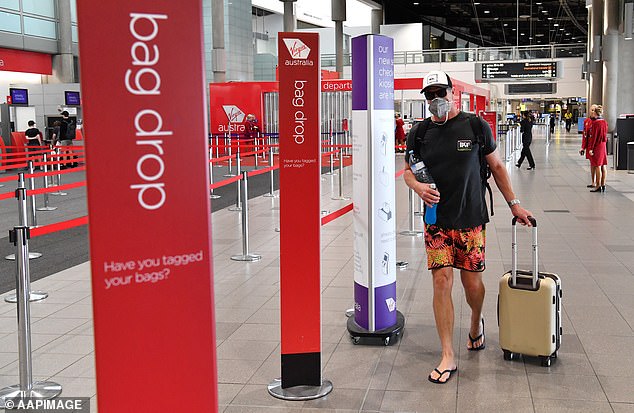 The airline grounded 125 planes and stood down 8,000 staff because of COVID-19

The airline’s major shareholders are all internationally owned – including Singapore Airines, Etihad Airways and two Chinese investors – the HNA group and Nanshan.

Australian shareholders make up about 9 per cent of the company’s investors through it’s listing on the Australian Stock Exchange.

Under the plan, the government would take an ownership stake in Virgin if the airline was unable to repay its debt within three years.

Prime Minister Scott Morrison last week cast doubt on the prospect of bailout for the airline, after Virgin’s original request.

‘I can only point to the decisions the government has made and those decisions have been made on a sector-wide basis,’ he said.

After Virgin’s initial request, rival Qantas put a $4.2 billion price tag on the help it would need if targeted bailouts were dished out. 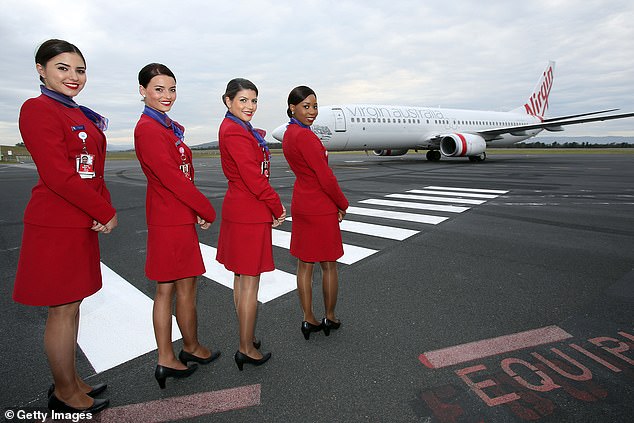 Virgin Australia is asking for $1.4billion in taxpayer funds to prop itself up and bring operations back to normal for its 8,000 axed staff when COVID-19 restrictions are loosened