Two café owners found guilty of raping a female customer after they locked her panicked daughter out of the venue have been told to expect lengthy jail sentences.

A West Australian jury took less than an hour to return the verdict following the trial of Rohit ‘John’ Mehta and Manmohit ‘Mo’ Singh Sachdeva who claimed the woman consented despite being so intoxicated she passed out.

The jury in the six day long trial heard the woman had gone to the café called Hangout in the Perth suburb of Como on July 26, 2018 for dinner and drinks with her daughter.

The pair were chatting to another customer and were joined later in the night by the two accused café owners who kept alcohol – including wine and tequila shots – flowing to the table.

The daughter grew increasingly concerned at how intoxicated her mother was getting and tried to persuade her to leave.

State prosecutor Lindsay Rosenthal told the court the men then got the teenager to go outside where Mehta told her he ‘would look after’ her mother, while Sachdeva assured her not to worry before returning inside and locking the door.

The daughter screamed to be let back inside but when she was not she rushed back to her home, charged her phone, and called her grandmother.

The court was played CCTV footage from inside the café which showed Mehta taking the woman – who was too intoxicated to stand on her own – to an office at the rear of the building and Sachdeva clearing the hallway.

Audio was also captured of them discussing who should ‘go first’.

When the daughter and her grandmother returned they demanded to be let in or they would call the police – at which point the door was unlocked and they found the woman on a sofa under a blanket with her underwear removed. 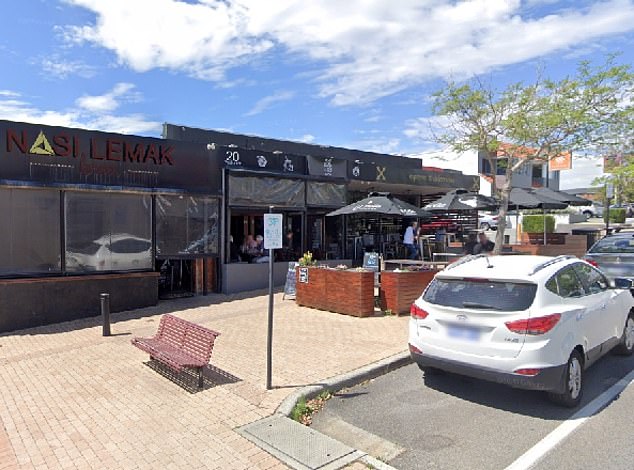 The grandmother testified the woman was unconscious and they could not wake her, prompting her to call an ambulance.

She said Mehta demanded she not call paramedics and kept telling her to ‘let me explain’.

He then admitted he ‘f***ed her’ despite knowing he ‘shouldn’t have’.

After paramedics arrived the woman returned a blood alcohol reading of 0.25 and a rape kit swab returned a match for Mehta’s DNA – which was also found on the blanket and pillowcase.

Police were also called and the two men were arrested – with Sachdeva claiming in his interview the woman had consented to the sexual assault.

‘She was the one who instigated all this the moment she walked in … She’s [in her 40s], we are in our mid 20s and she wanted to have fun,’ he said.

They were denied bail following the trial after prosecutors argued they were a flight risk.

The pair are to be sentenced in August with Judge Carmel Barbagallo warning them they are both looking at lengthy jail terms.