A man in Detroit was caught on a gas station surveillance camera urinating on a potato chip display, and now police are trying to contact him.

In the clip, the man, who is accompanied by three other friends, walks down the aisles of a Shell gas station in Mt. Pleasant, unzips his pants and casually urinates on the display around 2am on March 16.

He is tries to be nonchalant about it, picking up a bag and pretending to read the ingredients.

Afterwards, he appears to show off his work to his friend.

He summonses a friend over who looks at what his friend has done, and seems to be jumping up and down excitedly.

In yet another disgusting twist, the friend bends down towards the freshly laid urine, possibly checking his friend’s vile work. 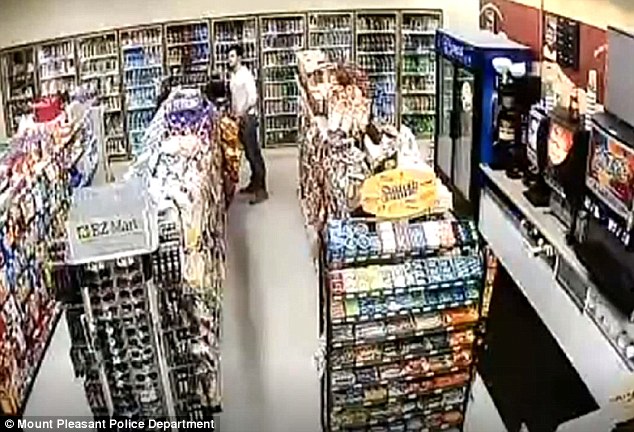 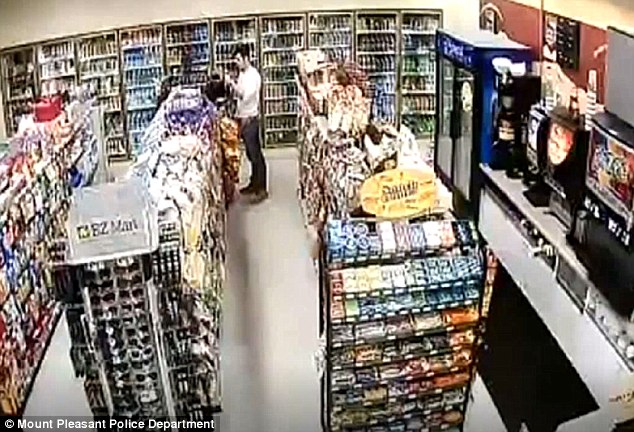 He also nonchalantly looks at the ingredients on a bag of chips while urinating, police say he did about $100 worth of damage

Jeff Browne, public information officer for Mt. Pleasant Police Department, told the Detroit Free Press that while the suspect was accompanied by three friends, they didn’t assist in the at.

The suspect is in his mid-twenties with dark hair.

In the video he is wearing a white shirt. Police say he left the gas station in a gold passenger vehicle.

Police have received several tips and are trying to make contact with the man, who they say caused $100 in damage.