Detroit was America’s most violent big city in 2016, according to the latest government data released on Monday.

The Motor City experienced more murders last year than Los Angeles even though the latter’s population is four times that of the former, the FBI’s new crime study revealed on Monday.

Detroiters, however, aren’t buying it.

‘Just because it’s coming out of the FBI’ doesn’t mean it’s correct, the police chief said.

Detroit (whose downtown skyline is seen in the above stock image) was America’s most violent big city in 2016, according to the latest government data released on Monday

The FBI claims in its findings that Detroit witnessed a 15.7 per cent increase in violent crime in 2016 compared to the previous year.

Craig, however, says that his police department’s statistics show that crime in the Motor City decreased by 5 per cent.

‘I am confident the Detroit police crime statistics are very accurate,’ Craig said.

Detroit police insist that violence in the city has been on a downward trend since 2013. 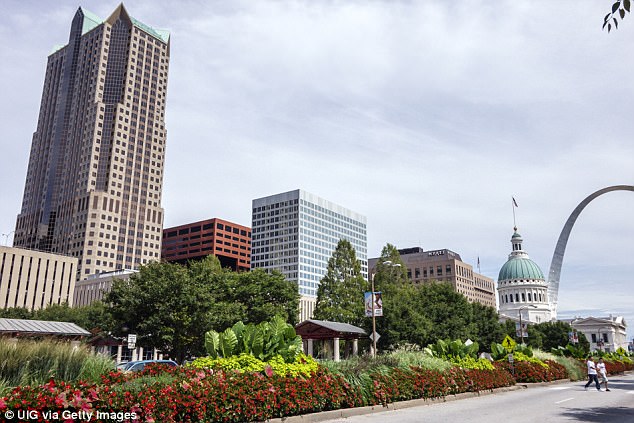 Last year, St. Louis was statistically the most violent city in America, according to the Justice Department. The city skyline is seen from Market Street in the above stock image 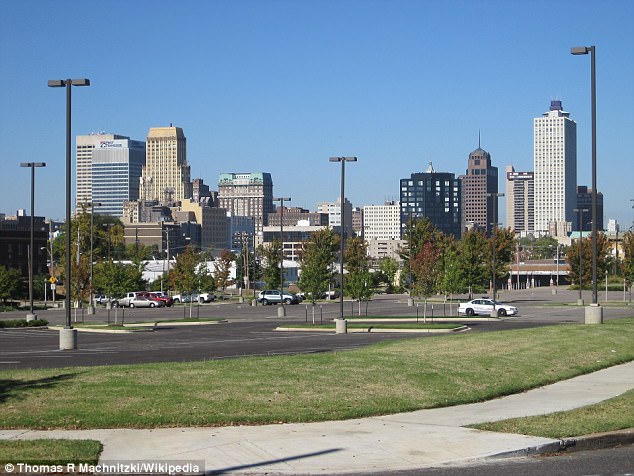 The third most violent city in America in 2016 was Memphis, Tennessee, according to the FBI

The largest discrepancy involves the reported instances of aggravated assault in Detroit.

The FBI says there were 9,882 such incidents, while Detroit police say the real number is 8,916.

The FBI also says that Detroit witnessed a total of 13,705 violent crimes in 2016. These include murders, rapes, assaults, and robberies.

THE MOST VIOLENT US CITIES IN 2016

Among US cities with a population of at least 100,000, Detroit is tops on the list of the most violent cities.

It is followed in order by St. Louis; Memphis; Baltimore; and Wilmington, Delaware.

Last year, St. Louis was statistically the most violent city in America, according to the Justice Department.

Violent crime in America rose for the second straight year 2016, driven by a spoke in killings in some major cities, but remained near historically low levels.

The Trump administration immediately seized on the figures as proof that the nation is in the midst of a dangerous crime wave that warrants a return to tougher tactics like more arrests and harsher punishments for drug criminals.

But criminologists cautioned the new numbers may not indicate the start of a long-term trend, noting that violent crime rates remain well below where they were a quarter-century ago.

Still, the FBI said it was the first time violent crime rose in consecutive years in more than a decade. 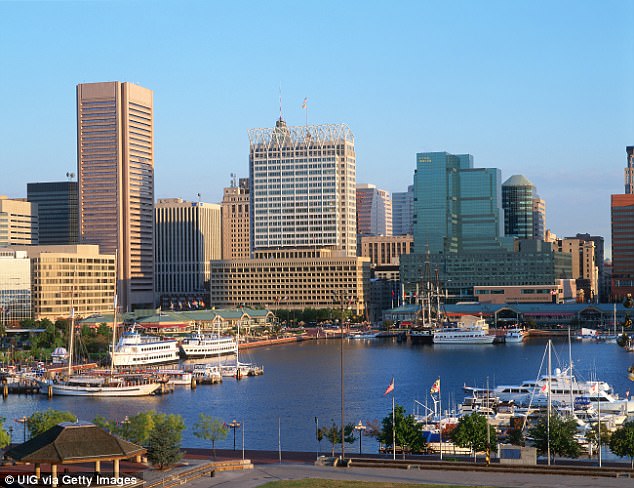 Baltimore was the fourth most violent city in America in 2016, the latest data shows. The city’s inner harbor is seen in the above stock image

Violent crimes such as shootings and robberies rose 4.1 percent in 2016 from the year before, with homicides climbing 8.6 percent, according to the figures.

Violence increased 3.9 percent in 2015, while killings jumped by more than 10 percent.

‘This is a frightening trend that threatens to erode so much progress that had made our neighborhoods and communities safer – over 30 years declines in crime are being replaced by increases,’ Attorney General Jeff Sessions said last week during a speech in Boston.

‘We cannot accept this as the new normal.’

On Monday, he called upon law enforcement to ‘confront and turn back the rising tide of violent crime.’

Sessions has used the threat of rising violence as an impetus for many of his sweeping policy changes.

Rounding out the top five most violent cities in America is Wilmington, Delaware (seen above)

He has directed the nation’s federal prosecutors to seek tougher sentences against most suspects, including some low level drug offenders and has urged them to focus more intensely on prosecuting gun cases.

Sessions has also been a proponent of the theory that crime has risen as scrutiny of local police has intensified and hurt morale, causing officers to be less aggressive on the streets.

As such, he has worked to support the interests of some of the nation’s largest police unions.

But experts remain divided about what caused the rise and about how to respond.

Some criminologists believe community distrust in police has made residents less likely to cooperate in investigations, driving up crime. 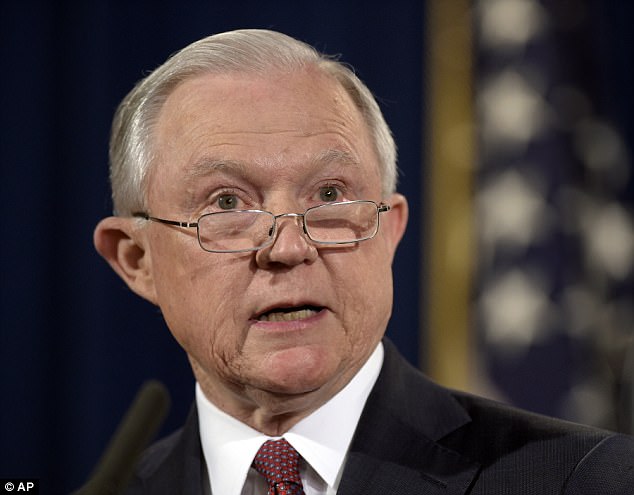 Violent crime in America rose for the second straight year 2016, driven by a spoke in killings in some major cities, but remained near historically low levels. Attorney General Jeff Sessions (above) called it ‘a frightening trend that threatens to erode so much progress’

Two years’ worth of data is not enough to show a trend, said Adam Gelb, director of the Public Safety Performance Project of The Pew Charitable Trusts.

‘There just aren’t any factors that would strongly indicate continued further increases,’ he said.

‘We all yearn for a big-picture, national explanation for what’s going on that would help us make sense of this, but we don’t have one.’

Despite the increase, the violent crime rate in 2016 was still down significantly from several years ago.

It dropped 18 percent from 2007, and the murder rate was 6 percent lower than it was the same year, according to the data.

And it was far from the levels of the 1980s and 1990s, during the height of the drug war, when Sessions was a federal prosecutor in Mobile, Alabama.

Some big cities saw increases in violence while others did not.

Chicago, for example, singled out by the White House for its surge in shootings, saw a 60 percent jump in killings from 2015, accounting for more than 20 percent of the nation’s increase in murders.