A Detroit, Michigan police officer died on Sunday after being shot in the head and chest during a domestic violence call last week, police said.

Officer Glenn Doss Jr., 25, did not have time to get out of his patrol car before he was shot on Wednesday answering a call about a man armed with a gun and possibly assaulting two women, The Detroit News reported.

His partner, Officer Samuel Anderson, rushed him to the hospital, while radioing other officers to warn them about the assailant. 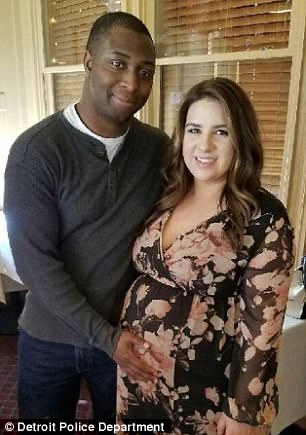 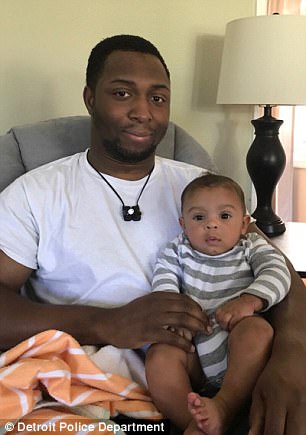 Doss (left and center right) died on Sunday, after spending four days in a coma. He leaves behind his girlfriend Emily (center left) and their nine-month-old son Eli (right)

‘He fought a good fight,’ Craig told reporters. ‘He is truly what we call one of Detroit’s finest. He is what we call an American hero.’

Doss had originally been studying therapy and psychology.

His 19-year veteran father added: ‘I want to thank God for the 25 years that have allowed me the honor and pleasure to raise such a great young man.’ 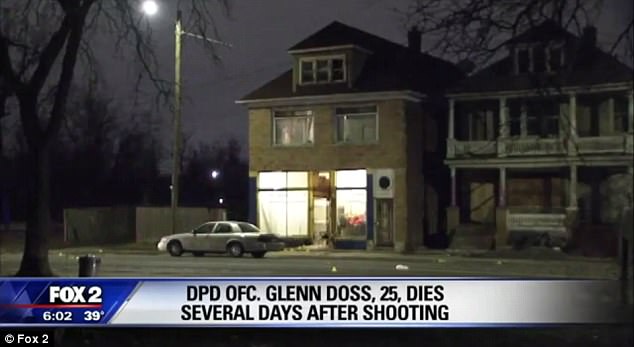 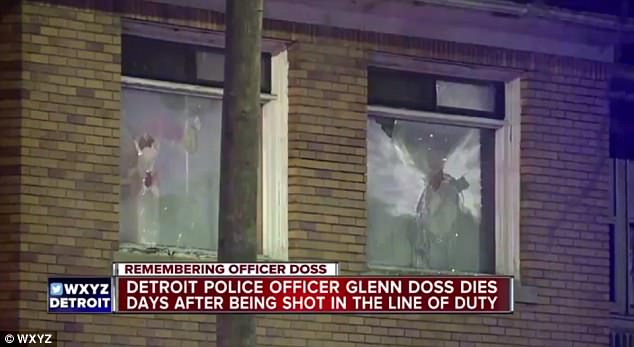 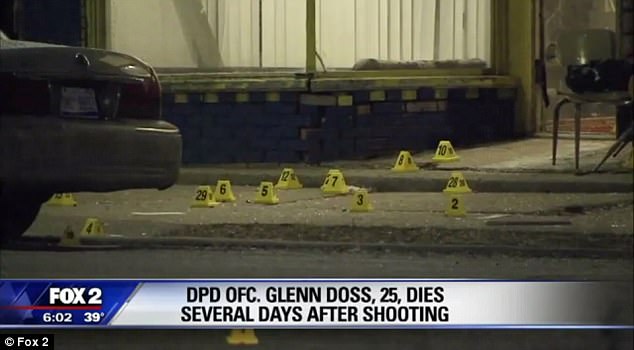 Doss’ partner rushed him to the hospital and radioed other cops to warn them about the armed man at the residence. Above, the crime scene being processed

Doss was a two-year veteran and had recently welcomed his first child, nine-month-old son Eli, with his longtime girlfriend Emily. 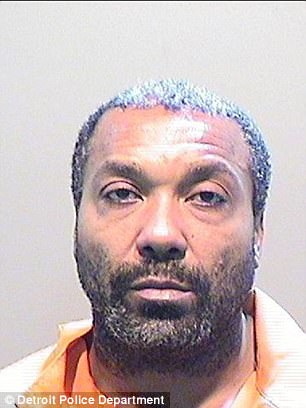 Decharlos O. Brooks, 43 (pictured), was arrested at the scene after police threw tear gas into the home where he was barricaded for more than three hours

Decharlos O. Brooks, 43, was arrested at the scene after police threw tear gas into the home where he was barricaded for more than three hours, media reports said.

Brooks was charged with 33 counts, and more are expected to come.

Those charges include eight counts of assault with intent to murder, seven counts of resisting and obstructing, 17 counts of felony firearms and one count of carrying a dangerous weapon.

No additional charge information was immediately available from the Andrew C. Baird Detention Facility where he was being held without bond.

A vigil for Doss will take place Monday at 4:30pm at the 7th Precinct.

A GoFundMe account has been set up for his family to help with medical and funeral costs. 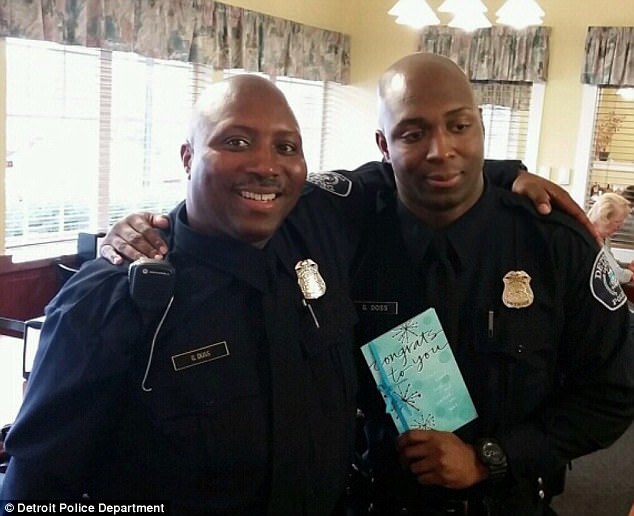 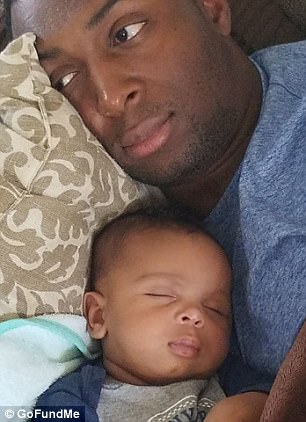 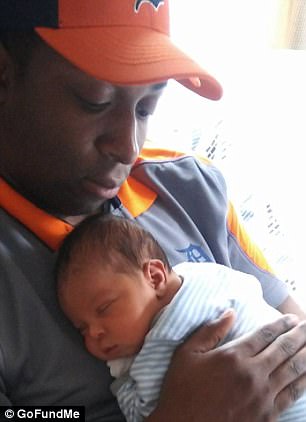 Ross pictured left and right with his son Eli. Eli was nine-month-old when Ross died on Sunday