The Detroit Tigers have taken a major step towards changing the direction of the franchise after firing general manager Al Avila.

Avila had been the Tigers GM for seven seasons. Assistant general manager Sam Menzin will take over until a full time replacement is chosen.

Avila had been the Tigers GM for seven seasons. Assistant general manager Sam Menzin will take over until a full time replacement is chosen.

Detroit did not make the playoffs during his tenure and the teams best finish came in 2016 when they finished 2nd in the American League Central but failed to clinch a post season berth on the final day of the season.

Avila had first joined the Tigers in 2022 as assistant gm and had remained with the organization until his firing. 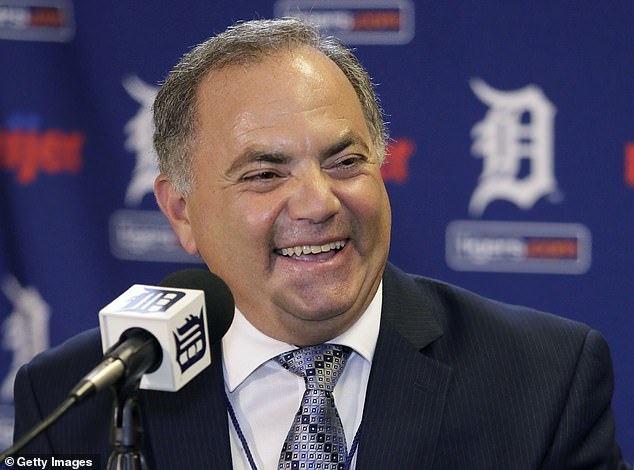 Avila laughs during a news conference at Comerica Park after he was promoted to executive vice president of baseball operations and general manager on August 4, 2015

Before the 2022 season Avila had made proclamations that the teams rebuild was over, and the Tigers would make the playoffs. Instead Detroit currently sits at the bottom of the AL Central with record of 43-68 and the worst offense in baseball.

‘For nearly 22 years, I have given my heart and soul to this franchise, and I want to thank Mr. and Mrs. Ilitch, along with Chris, for the opportunity and treating me and my family as their own,’ Avila said in a statement. ‘We’ve celebrated successes and enjoyed great moments, and I’m proud to have worked with so many talented people in baseball operations and throughout the organization.

‘I’ll cherish our friendships and the successes we all celebrated together. To Tigers fans, you’re the best and you deserve a winner.

‘I wish the results would have been better this season but know there is a lot to look forward to in the coming years. God bless everyone.’ 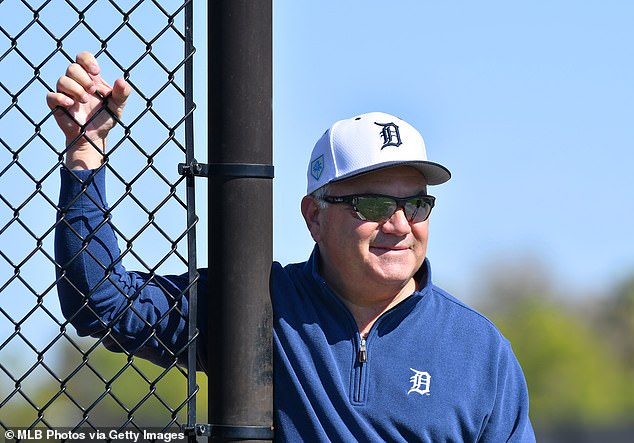 Avila looks on during Spring Training workouts at the TigerTown Complex on February 14, 2019