The 21-year-old man who became infamous for tattooing the word ‘Devast8’ across his face has been convicted of assaulting a pregnant woman.

The convict made international headlines in 2017 after he revealed he had been turned away by employers because of the prominent ink on his face.

His public plea for a job went viral and ultimately landed him a position at scaffolding company PR Contracting, earning $22 an hour.

Cropp’s success, however, was short-lived and he landed back in trouble last year after he attacked a 17-week pregnant woman, who cannot be identified.

Court documents obtained by the Herald reveal a tumultuous relationship between Cropp and the victim. 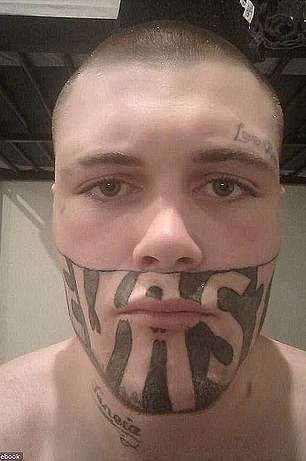 Mark Cropp, 21, who became infamous for his tattoo of the word ‘Devast8’ across his face, has been convicted of assaulting a pregnant woman 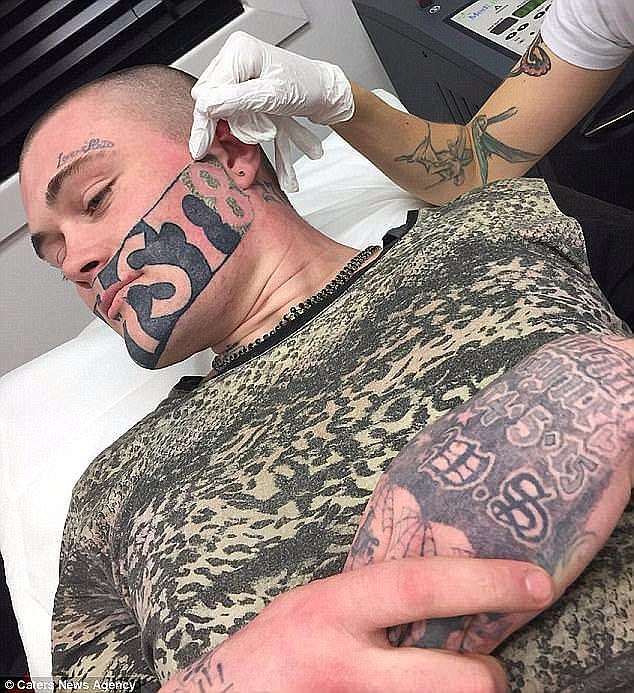 During an incident in May, the pair had argued over the woman’s mobile phone after Cropp demanded to see who she had been talking to.

To which she replied: ‘Do it then, hasn’t stopped you before.’

Records show the assault took place five days later when the two were riding in a car and another argument ensued.

The woman had asked Cropp to pull over so she can exit the car, but he refused.

When she opened the door to leave, Cropp then grabbed her by the collar of her hoodie and twisted it around her neck, choking her.

He also kicked her in the knee when they arrived at their destination.

The Herald reports that Cropp had tried to block the outlet from reporting on the case.

Although he had become a public figure, his lawyer said ‘that does not automatically mean his life and reputation becomes property of the same media forever’.

He added that his client has been ‘repeatedly mocked and ridiculed by the media’, which has put ‘strain on him’. 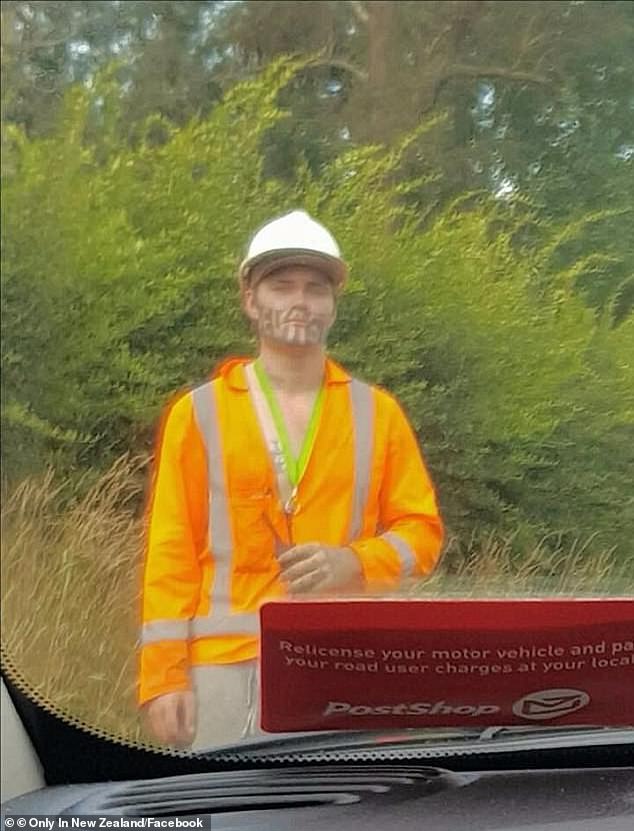 Cropp’s public plea for a job went viral and ultimately landed him a position at scaffolding company PR Contracting, earning $22 an hour

Cropp submitted an opposition to the media coverage stating: ‘At the time I thought it was cool having my image everywhere and the attention.

‘I have, however, moved on now and this media attention messes with my life.’

He claimed the publicity had subjected him to death threats and also made it difficult for him to find a place to live.

Cropp will be sentenced in May.

Cropp had previously served a two-year jail sentence for aggravated robbery after he pulled a knife on a tourist in a fake drug deal.

He said his brother did the regrettable tattoo while they were drunk on alcohol brewed behind bars in Christchurch, New Zealand.

He revealed Devast8 was his nickname, but not for reasons he was proud of.

‘You know there was a long time there where I would devastate everything I touched,’ he told Daily Mail Australia.

‘I would end up devastating everyone I met or got close to.

‘They would be disappointed with something I had done or said – I was always hearing “that’s devastating”.’

The tattoo was drawn with a homemade gun which used a needle made from the spring of a pen and powered by a cassette player.

Plastic knives and forks are burnt to a black plastic powder and mixed with toothpaste and water to create the ink.

‘Once it was started, I thought, I can’t go back on it now. I wish I had stopped while the outline was there to be quite honest,’ he said.

‘Before I knew it I had this on my face… It was swollen like a bloody pumpkin.’

Cropp originally wanted to raise enough money to get the tattoo removed but stopped the treatment he was offered for free after the first session.