Devastated mother, 38, holds her stillborn baby boy Miles after losing him at 24 weeks

A mother has made a poignant tribute to her stillborn son after he died at 24 weeks.

Annabel Bower, from Adelaide, South Australia, was ‘heartbroken and devastated’ when she was handed still, silent young Miles on December 29, 2018.

Little Miles was Annabel’s fourth pregnancy, and so she knew the joy of meeting your newborn baby for the first time, but had never experienced the other extreme.

The 38-year-old cradled her son for the first and last time in a photo she shared alongside the words ‘life ends before it’s even had a chance to begin’.

‘It almost felt surreal and I was utterly devastated that he couldn’t stay with us,’ Annabel told Daily Mail Australia.

After the grief of losing her newborn, Annabel wrote a book titled ‘Miles Apart’ dedicated to her son – a ‘stillborn survival guide’ for parents experiencing similar heartbreak.

Mum Annabel Bower, from Adelaide, South Australia, (pictured) was excited to welcome her fourth child Miles to the world but he tragically died after she gave birth on December 29, 2018 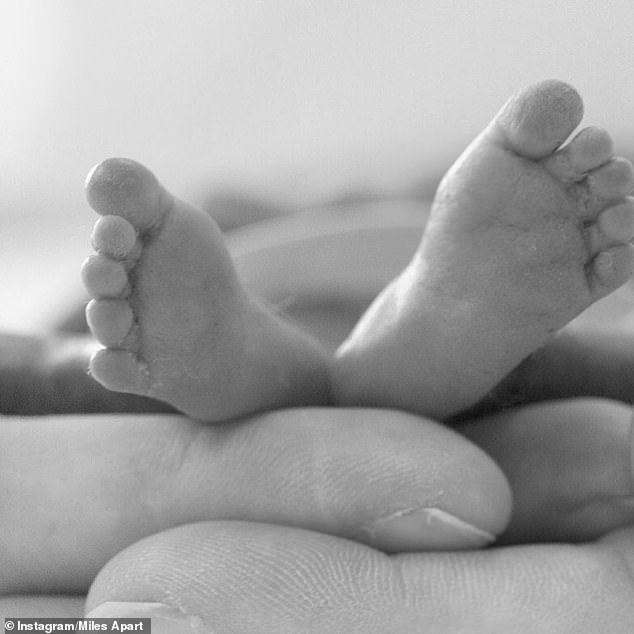 ‘It almost felt surreal and I was utterly devastated that he couldn’t stay with us,’ Annabel told Daily Mail Australia

A few weeks before labour, Annabel and her husband were told something was ‘very wrong’ with Miles’s brain and he had a low chance of survival due to a ‘one in a million’ blood clot.

Seeing Miles for the first time was a confronting experience for both Annabel, now 40, and her husband who were preparing to say their last goodbyes.

Annabel recalled the feeling of hearing the cries of other babies in the hospital when she and her husband had just lost their fourth child.

‘I felt stuck in time and I didn’t want to leave the hospital because I knew once I did, that would be it,’ she said.

‘I had to set a time limit for myself until midday the next day and stayed overnight with Miles.’

Annabel said she had taken in blankets which she used to nurse her previous children and wrapped Miles in one, popped him in a hospital cot, then left.

‘I couldn’t bear the thought of handing him over to someone,’ she said. 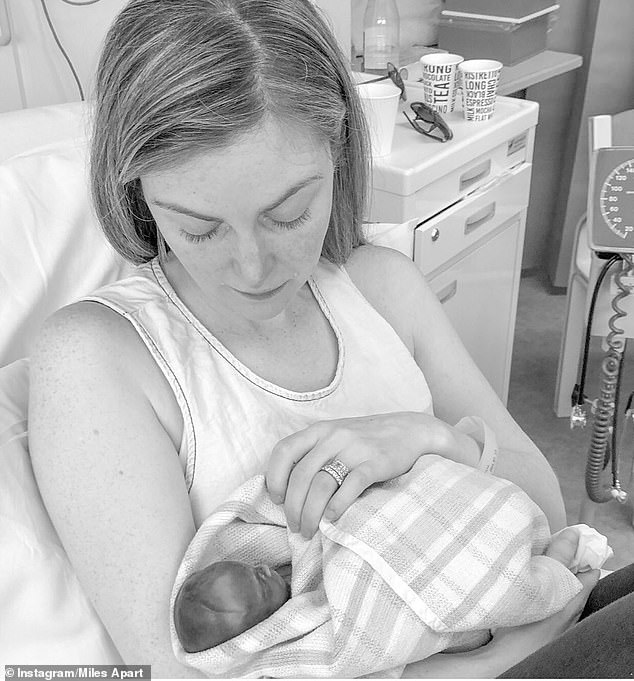 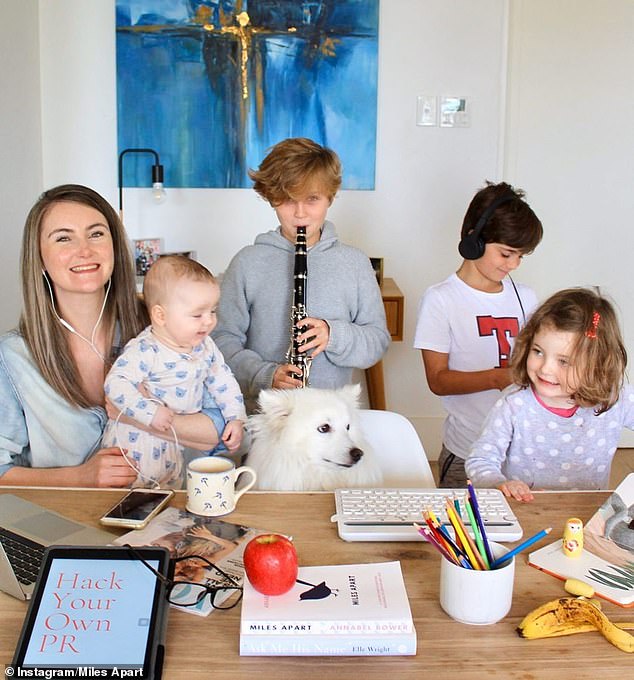 At times Annabel wasn’t sure what to do, how to act or how long the difficult mourning period would go on for

Not only did Annabel need to cope with the grief of losing Miles, but her body started changing postpartum – as her milk came in, she was coping with post-birth hormones and became emotionally exhausted.

‘It felt cruel and confusing because normally you have a baby to care for who isn’t there,’ she said, adding: ‘It’s just so confronting and a constant reminder of what you don’t have.’

Soon after returning back home from the hospital the family went away to a coastal town by the beach to get away.

‘I couldn’t function, I was an absolutely wreck and just cried for days looking out to sea,’ she said.

At times Annabel wasn’t sure what to do, how to act or how long the difficult mourning period would go on for.

‘I really didn’t know if I could ever be happy again. I would ask myself so many times “Is this what the rest of my life will be like?”,’ she said.

But she soon realised despite the horrific circumstances, life will go on and she can give herself permission to do so.

Along with support from family, Annabel decided to announce the sad news on her social media pages where she was met with a humbling and overwhelming amount of support from her online community. 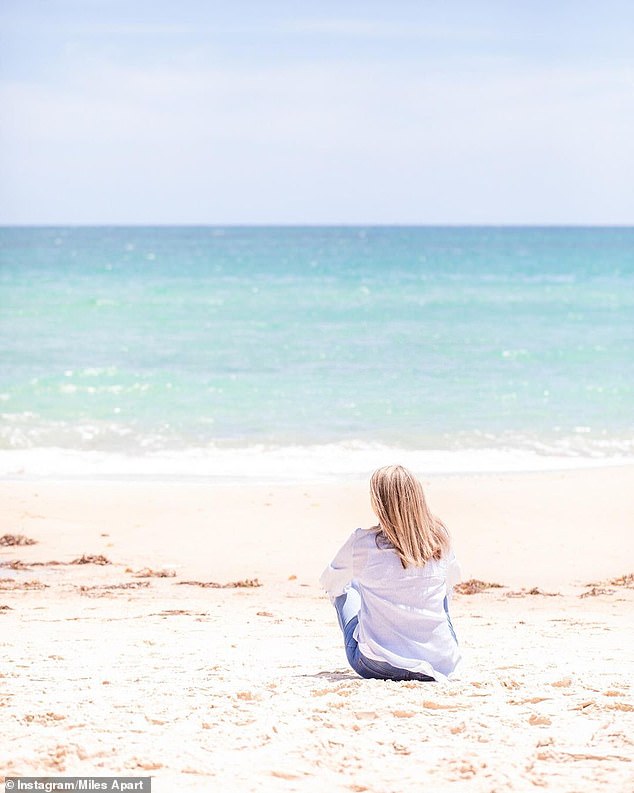 ‘I really didn’t know if I could ever be happy again,’ she said, but she soon realised despite the horrific circumstances, life will go on 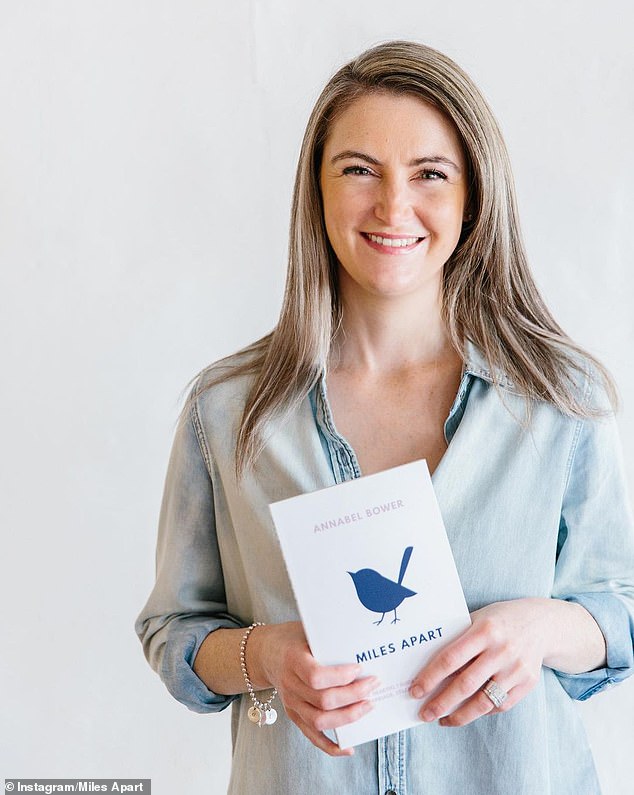 Her agony and grief led to writing ‘Miles Apart’ – a heartfelt guide to surviving miscarriage, stillbirth and baby loss

Three months on Annabel fell pregnant for the fifth time and gave birth to Tom on December 19, 2019 – almost a year after losing Miles.

She was determined to have another baby but was ‘traumatised and terrified’ from her previous pregnancy that she had regular checks every fortnight from weeks 16 to 24.

‘I had to learn to live with grief and joy side by side and accept that I could be super happy about something with a hint of sadness,’ she said.

When asked what advice she would give to other parents going through similar situations, Annabel said it’s important to be patient and ‘don’t force yourself to bounce back into regular life’.

‘Give yourself the time you need to grieve,’ she said.

Her agony and grief led to writing ‘Miles Apart’ – a heartfelt guide to surviving miscarriage, stillbirth and baby loss.

The book explores how to navigate the heartache after the loss of losing a baby at any stage of pregnancy.

Annabel also interviewed a group of women for the book to share their stories and situations.

‘It’s a topic not enough people talk about, even though so many women experience the trauma and heartbreak of losing a child,’ she said.