A shattered mother-of-four has relieved the horror moment she was forced to let go of her little girl’s hand after their car ploughed into a murky dam.

Mel Martin, 33, her then-fiancé Dylan Wadley, 23, and their four children were on their way home to Pratten in Queensland when their LandRover crashed through a guard rail on November 22 last year.

The vehicle went hurtling into Wyaralong Dam, near Beaudesert in Queensland’s south-east, flipped upside down and became half submerged in water.

Bystanders and emergency teams rushed to the scene to free the young children from the flooded, mangled car.

But concussed and in shock, Ms Martin was ripped away from her daughter Mia, four, who was still trapped in the wreckage next to her her older brother Leo, 13.

‘I was over at the car and talking to her while I stood in the water waiting for help. I’d grabbed her hand, and then someone just dragged me away for treatment,’ Ms Martin told the Courier Mail.

Mel Martin, 33, and Dylan Wadley, 23, pictured with Leo, 13, Mia, four, and Ace, then one, five weeks before their daughter Hope was born

‘I had to let go of her hand, and that bit does me in, it’s probably the hardest part for me.’

Despite the best efforts of their parents and emergency responders, Leo, 13, and Mia could not be saved.

The devastated parents have been told a mechanical fault was to blame for the tragedy that claimed the lives of their two children.

Mr Wadley had been driving the family home from a trip on the Gold Coast as Ms Martin and their four kids Leo, Mia, Ace, then one, and five-week-old Hope slept, when the car veered off the road.

The father jumped into action and pulled his fiancée out of the passenger seat so they could start rescuing the children, ripping their two youngest, who were in reach, out of the vehicle to safety.

But Mia and Leo who were trapped next to each other in the back of the car, were unable to be freed in time. 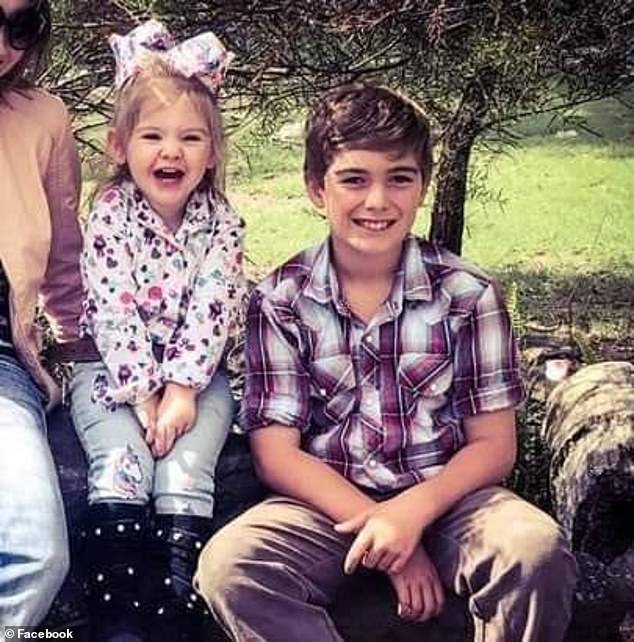 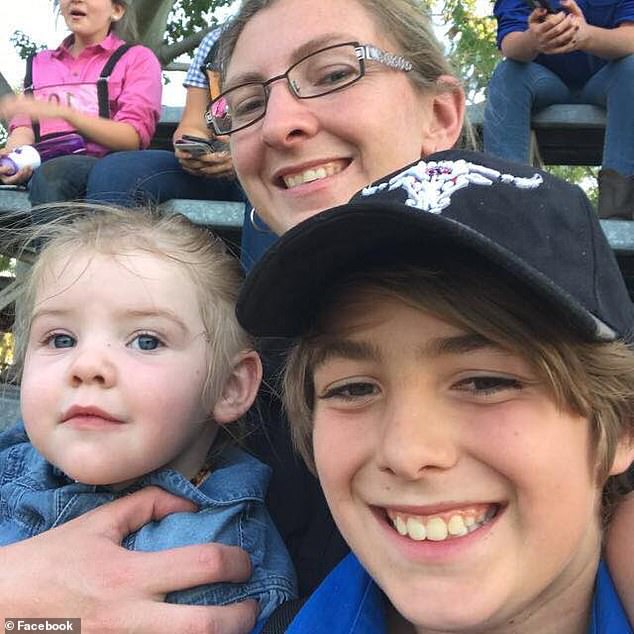 Ms Martin said Mia and Leo, who were buried in the same coffin, were ‘two peas in a pod’

Ms Martin was still in hospital recovering from a severe concussion when she learnt her two eldest children did not make it.

When she asked a nurse where her children were, the hospital staffer said she would go find a social worker. Ms Martin knew that was a sign of bad news.

‘I just knew in my heart, even though I couldn’t remember then, that both Leo and Mia had died. I just felt it in my heart,’ she said.

Little Ace woke from a coma five days after he was airlifted from the scene to Queensland Children’s Hospital in a critical condition. He requires doctors visits three times a week due to the crash.

Ms Martin said she does not remember much of the crash, except her now-husband’s heroic efforts to save their children.

But Mr Wadley does not see it that way – rather as a father’s natural response – and he remains haunted by guilt. 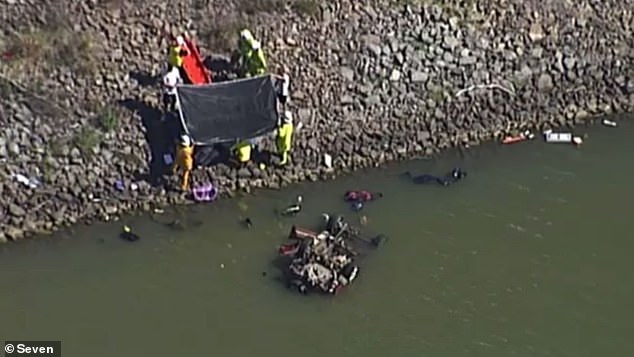 As the car continued to flood, Mr Wadley made repeated attempts to free Mia and Leo, but said every time he held his breath and went underwater, he would get stuck and could not squeeze into the back of the car.

Ms Martin said her two oldest children were ‘two peas in a pod’ and were buried together in the same coffin as she could not bear to keep them apart.

Leo had chosen his younger sister’s name after an ultrasound before her birth, and would always include her in activities as they grew up despite their age gap.

While it brings Ms Martin some comfort that they are together, she said ‘nothing will ever be right’ again without them.

But being a parent to Ace, now 18 months, and Hope, six months, has given her the strength to keep going.

Ms Martin and Mr Wadley married last week in an intimate ceremony, after delaying their wedding which had been scheduled for February.

The cause of the car crash remains under investigation.