A 22-year-old pearl diver who died on just his second day on the job may leave a lasting legacy on the industry after an eight-year fight by his family for new industry protocols.

Jarrod Hampton died after getting the bends on a dive near Eighty Mile Beach off Western Australia’s north-west coast, on April 14 2012.

An inquest into his death found there was ‘appalling chaos’ in the moments after his cry for help, delaying efforts to save the young diver’s life.

22-year-old pearl diver Jarrod Hampton (pictured) who died on his second day on the job may finally get a legacy, after an eight year fight by his family for new industry protocols.

Jarrod’s father Tony Hampton told ABC News there should be more of a focus on fines and penalties for companies working in the industry.

‘We can try and make it sound nice, that things that have happened since Jarrod’s death have helped save other people, but the truth is I don’t believe that’s the case yet.

‘Until the law is enforced and enforced strongly with severe, suitable penalties, it won’t be enforced.

‘And that’s the only thing going to actually save lives in the long run.’ 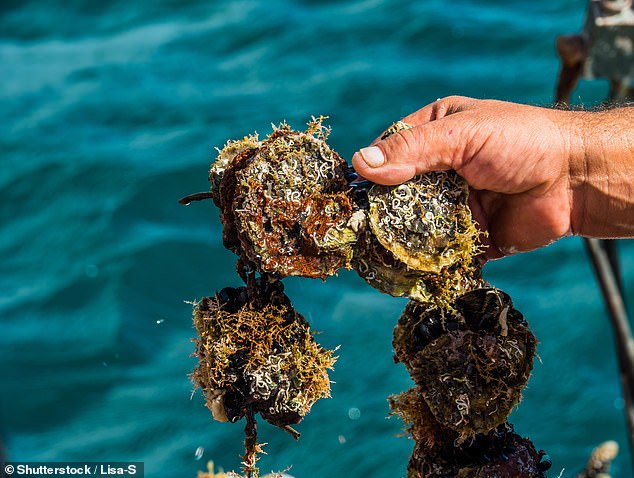 WA’s pearl diving industry currently operates off general workplace safety laws, and any form of industry guidelines work on a voluntary basis (pictured: stock images of oysters hauled in off a diving boat) 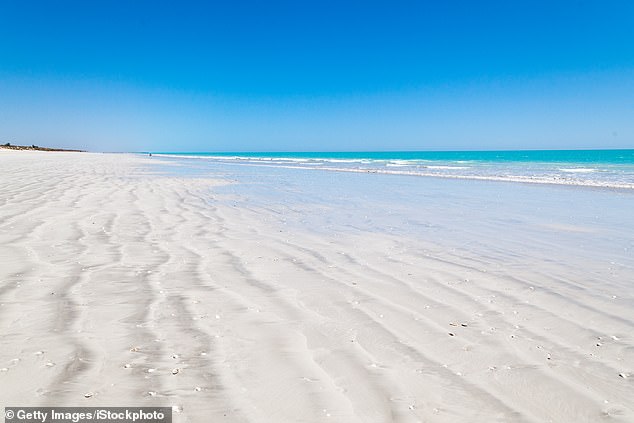 He said putting some teeth in the new measures, with the threat of legal penalties and loss of operating licences, would be a genuine legacy.

Currently, the WA diving industry operates off general workplace safety laws, and industry-specific guidelines only operate on a voluntary basis.

The new code would land employers in the courts or ban them from operating if they breach safety measures.

The WA state government is still consulting the industry on the draft proposal.

When the changes are adopted in legislation, Mr Hampton’s parents would like the new measures to be named ‘Jarrod’s law’.

Jarrod Hampton was working as an employee for the Paspaley Pearling Company when he died in April 2012. 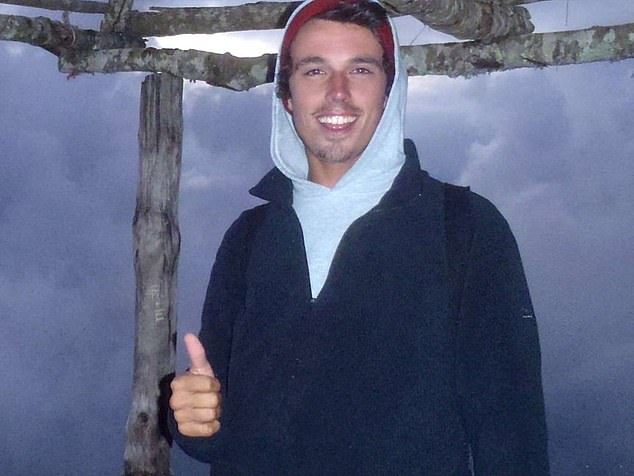 The company faced legal proceedings in the wake of his death, and while they were not found responsible for his death they were convicted and fined $60,000 for failing to provide a safe workplace.

They were ordered to follow a new set of safety recommendations imposed by the WA Police Dive Squad.

At the time of the May 2017 inquest, Coroner Barry King said he hoped the measures would give the family some solace.

‘I can only hope that the changes that have been made to occupational safety in relation to pearl diving as a result of his death can provide his family with some comfort for their profound loss,’ Coroner Barry King wrote. 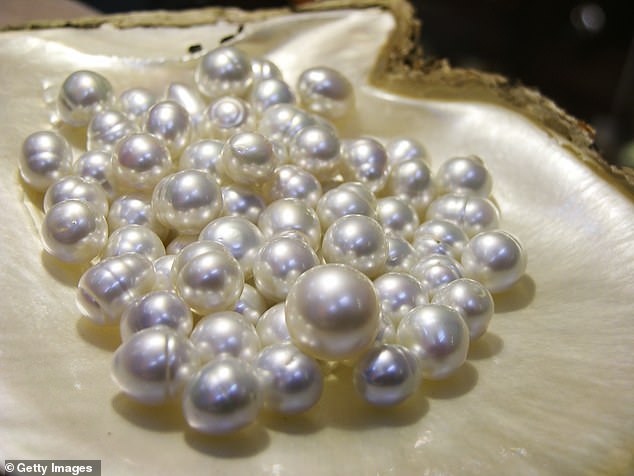 Skipper Ronald Watson jumped into the water to bring the 22-year-old back to the boat and the crew then struggled to get him up the ladder because the deck was too high.

Mr Hampton’s colleagues tried to revive him for about 50 minutes but were unsuccessful and a post-mortem concluded he had drowned.

Mr Watson admitted the winch used to pull up shell bags should have been used to lift Mr Hampton, estimating the time it took between realising something was wrong and getting him on deck was between five and 10 minutes.

Executive director James Paspaley, whose grandfather founded the business, told the court the delay was unacceptable.

Mr Paspaley, who had input in the Pearl Producers Association Code of Practice and is the association’s chairman, said his company had not been holding twice-yearly drills for retrieving incapacitated divers, as recommended in the code.

He admitted it should have, saying the company was wrongly focused on just the medivac to Broome. 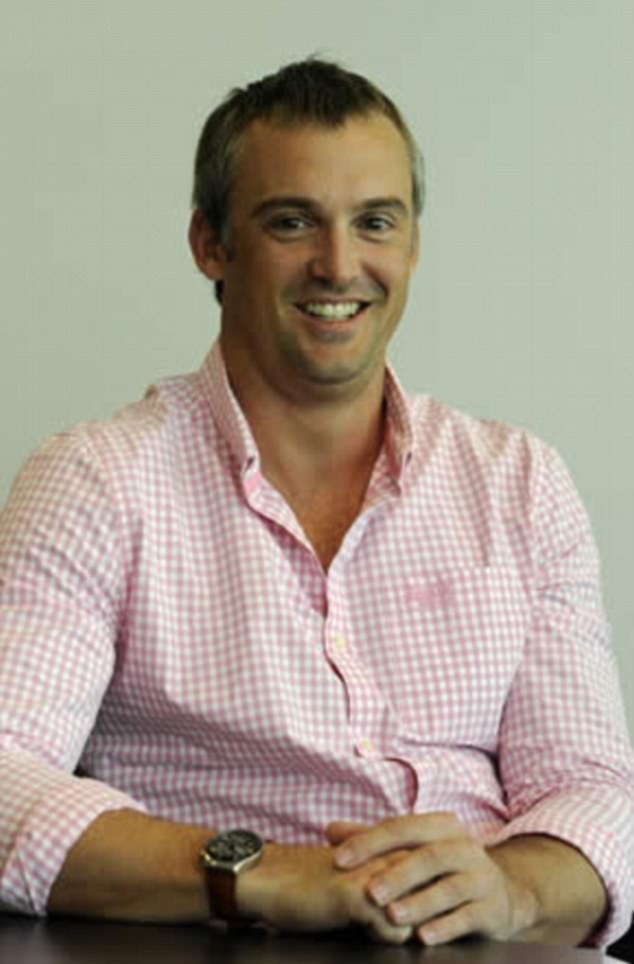 James Paspaley (pictured) says he blames himself for the death of a diver in 2012, as his employees were not properly trained in how to retrieve an incapacitated diver from the water

‘It’s not a document that we didn’t read regularly.

‘When I read it, I think of how to get him from a ship to a hospital, not from the water to the boat.

‘It hadn’t crossed our minds… what was screamingly obvious after the 14th of April … how do we move a bloke from over there onto the deck?’

Mr Paspaley accepted the safety of employees was his responsibility.

He said the company had since improved its safety procedures, including assuming an emergency situation if a diver surfaces and gives no clear signal that they’re OK. 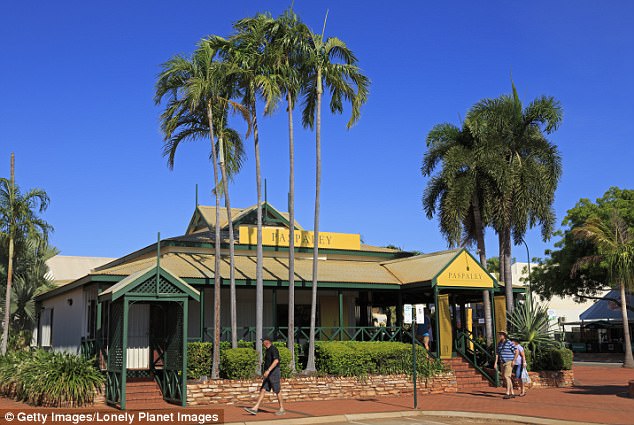 Paspaley pleaded guilty in 2015 to failing to provide and maintain a safe working environment and was ordered to pay a $60,000 fine plus costs of $5000

Earlier on Wednesday, Mr Watson admitted he never thought about how to rescue an incapacitated diver before the tragedy and other dangers had taken priority.

‘We’re more focused on irukandji stings, bailing out and the compressor stopping,’ he said.

The court heard earlier in the inquest Mr Hampton had lost his working line on an earlier dive that day and told a colleague he’d almost drowned.

Paspaley pleaded guilty in 2015 to failing to provide and maintain a safe working environment and was ordered to pay a $60,000 fine plus costs of $5000.