California Rep. Devin Nunes has failed in an effort to have a federal judge force Twitter to shut down the parody account Devin Nunes’ cow.

The ruling comes after the Trump ally took the unusual decision to take the courts to try to take down the account, which had become an irritant and, according to Nunes, a political liability.

Judge John Marshall ruled the site was ‘immune from the defamation claims.’

Section 230 of the Communications Decency Act has been used to protect platforms from content published by others on their sites.

Representative Devin Nunes, Republican of California, failed in his effort to have a federal judge take down the ‘Devin Nunes’ cow’ parody account

Nunes “seeks to have the court treat Twitter as the publisher or speaker of the content provided by others based on its allowing or not allowing certain content to be on its internet platform,” Marshall wrote, the Fresno Bee reported. “The court refuses to do so.”

Nunes last year sued the platform and the account, as well as the Devin Nunes’ mom account, saying it harmed his reputation. The $250 million suit in Virginia claimed Twitter was ‘knowingly hosting and monetizing content that is clearly abusive, hateful and defamatory.’ 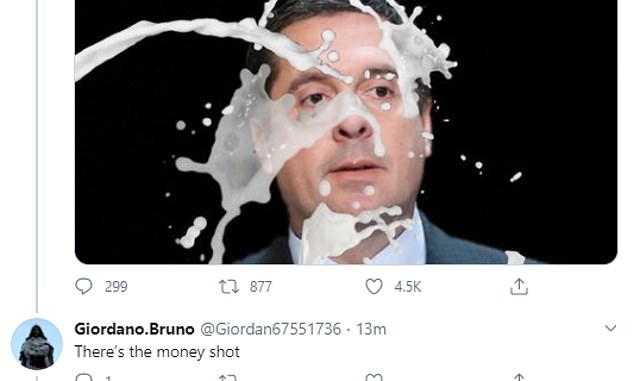 The @DevinCow site celebrated the ruling 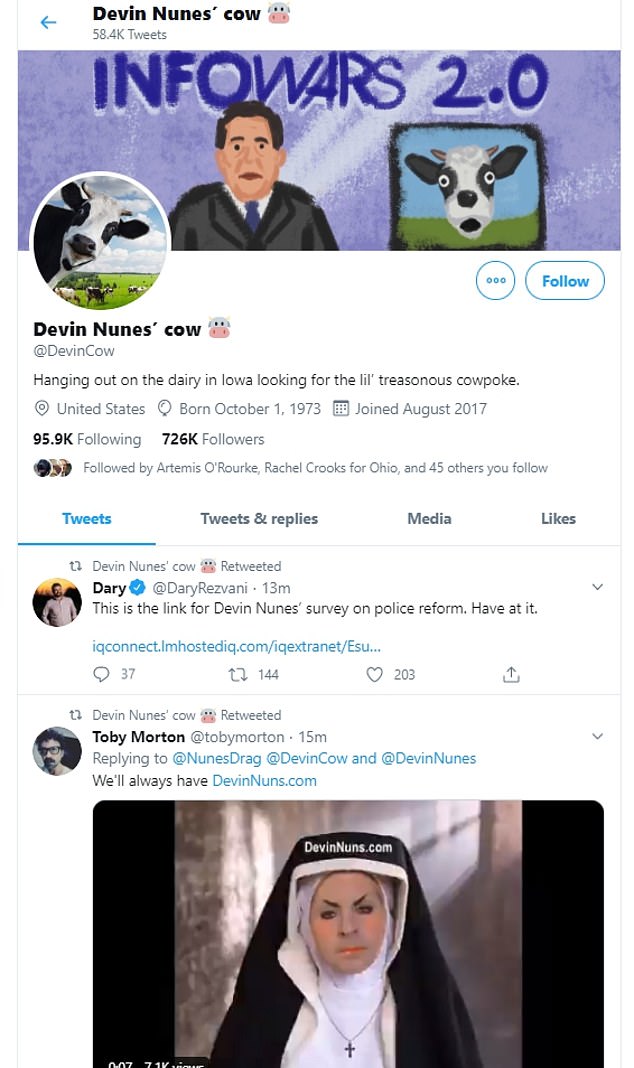 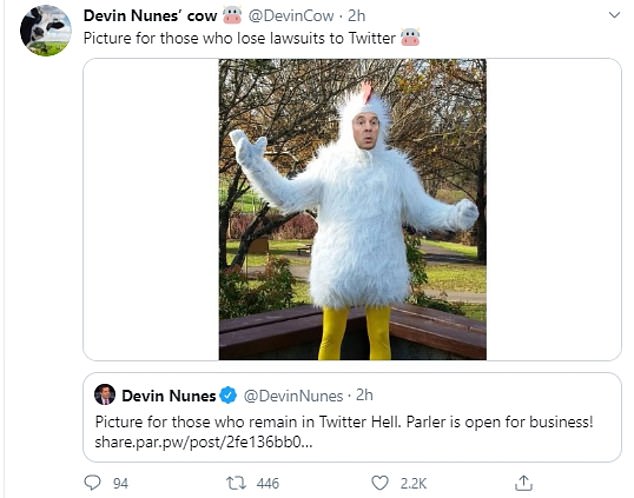 By suing, Nunes risked calling attention to the paraody site 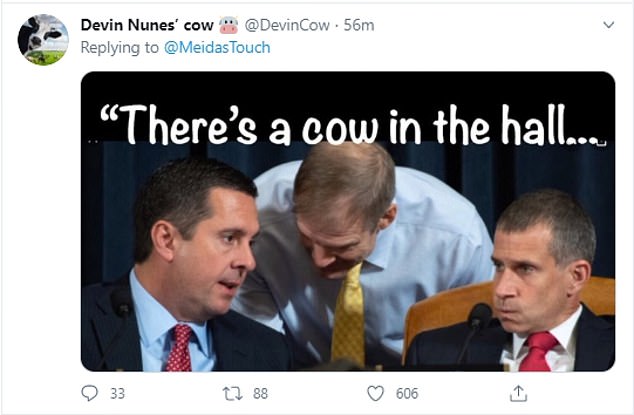 Nunes also filed a $77.5 million lawsuit lawsuit against Hearst Magazines after publication of a story about his farm. The story chronicled a Nunes family farm operation in Iowa, even as Nunes talked up his Tulare, California, dairy farm as part of his bio.

Twitter’s lawyers invoked Section 230, while Nunes’ legal team said the platform had an unfair political bias. However by bringing suit, Nunes risked calling further attention to the account, which has 726,000 followers.

The cow account identifies itself as: ‘Hanging out on the dairy in Iowa looking for the lil’ treasonous cowpoke.’

A tweet Wednesday showed Nunes with milk being splashed on his head. ‘The herd responded to Devin’s loss in court today. I had to hide the [ice cream cone] so they didn’t throw it as well,’ said the “cow,” using an ice cream emoji. The site ended with the hashtag: ‘#DevinNunesIsAnIdiot.’

Nunes was a reliable ally for Trump during the Russia probe while helming the House Intelligence panel, and has become a favorite target of Democrats.