Scott Morrison and his wife Jenny have paid tribute to the children  who were tragically killed in a freak jumping castle accident in Tasmania this week.

The couple broke down as they left flowers outside Hillcrest Primary School in Devonport on Saturday.

The bouquets were left with a handwritten note which read: ‘In loving memory of these beautiful children who are no longer with us.’

‘Our hearts break for the families and the community left behind. Thinking of you all. With love and sympathy, Jen, Scott, Abbey and Lilly.’

Five children – Zane Mellor, Peter Dodt, Jye Sheehan, Jalailah Jayne-Maree Jones, all aged 12, and their classmate Addison Stewart, 11 – lost their lives when the jumping castle they were on flew ten metres into the air after a gust of wind.

Three more students are fighting for life in hospital and another is now recovering at home.

Photos have showed the shattered faces of family members, classmates and fellow community members unable to fathom how such a tragedy could have occurred.

The state’s education minister Sarah Courtney was visibly emotional as she delivered a bouquet of flowers to the memorial on Saturday. 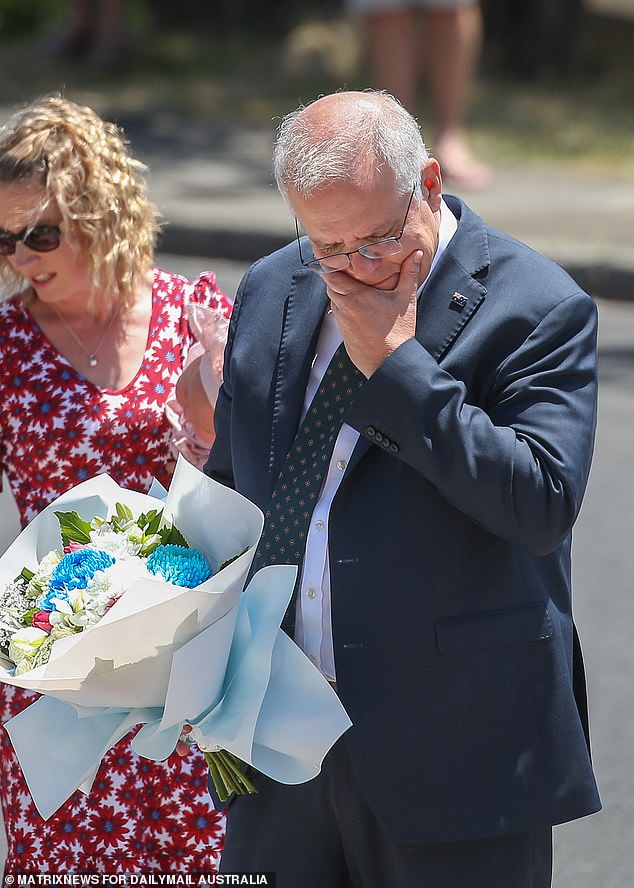