The devastated husband of a hairdresser who died after falling unconscious in the water on her first scuba dive has made a heartbreaking tribute.

Grandmother Rebecca Rowell, 53, was pulled from the water at Gordons Bay in Sydney’s eastern suburbs at 9.40am on Saturday when she was found floating on the surface.

The instructor, who was leading the ‘excited’ mother-of-two on her first dive since gaining her scuba certification, found the breathing regulator detached from her mouth.

This is understood to have have deprived her of oxygen for 30 seconds.

While other divers and emergency crews frantically performed CPR, the woman from Campbelltown, in the city’s west, was pronounced dead at the Prince of Wales Hospital later that day.

Mrs Rowell(pictured, left) was remembered by her heartbroken husband Owen (right) as his ‘best friend’ 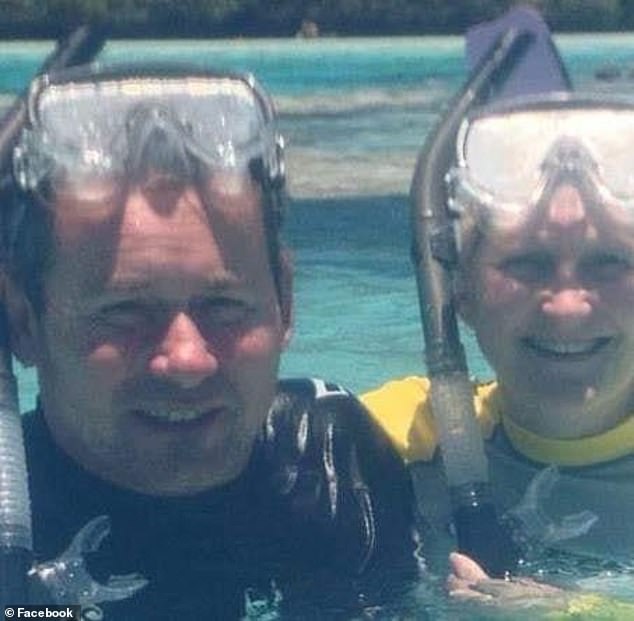 Her heartbroken husband Owen said the death of his ‘best friend’ was a shock to the family.

‘I’ve lost my best friend, I want her to be remembered as the beautiful woman she was,’ he told The Daily Telegraph.

‘I’m grateful to those who tried to save her.’

Close friend Cindy Shaw said Mrs Rowell lived for her family and was devoted to her granddaughters.

‘She was a beautiful woman, loved her family and had married her best friend. Her family was everything to her, she was the kindest friend,’ she told the publication. 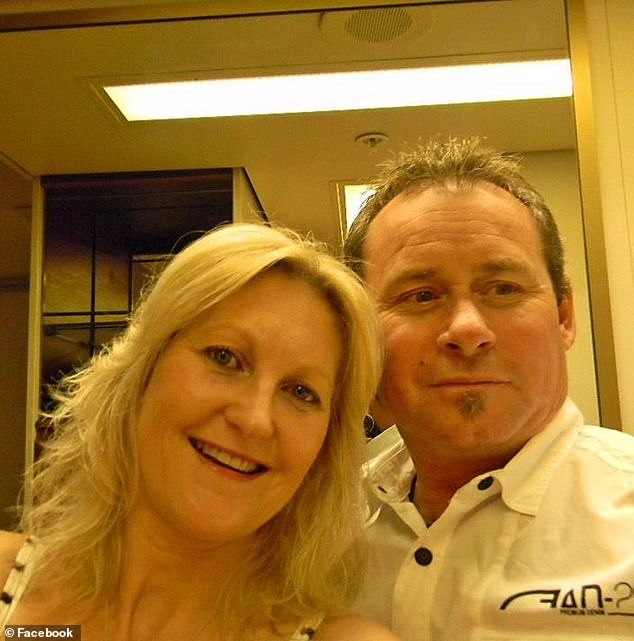 ‘I’ve lost my best friend, I want her to be remembered as the beautiful woman she was,’ Mr Rowell (pictured, right) said of his wife (left) 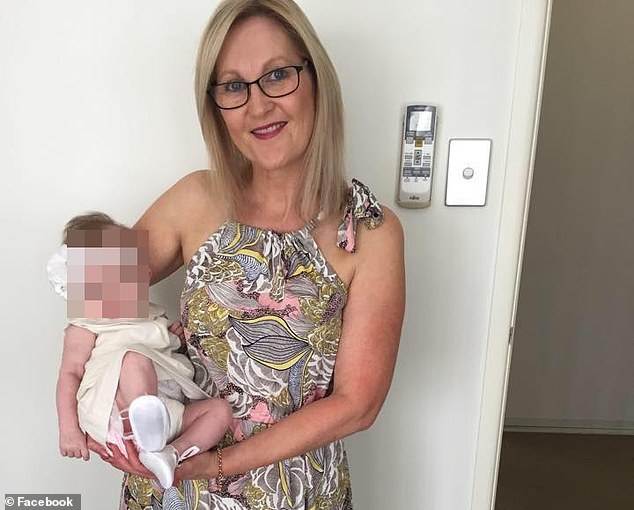 The manager of the dive centre said Mrs Rowell was nervous before the dive, but was excited to explore the water.

The woman was discovered when the instructor realised she was separated from the rest of the group.

She was dragged ashore where group members tried to revive her, before paramedics took over. 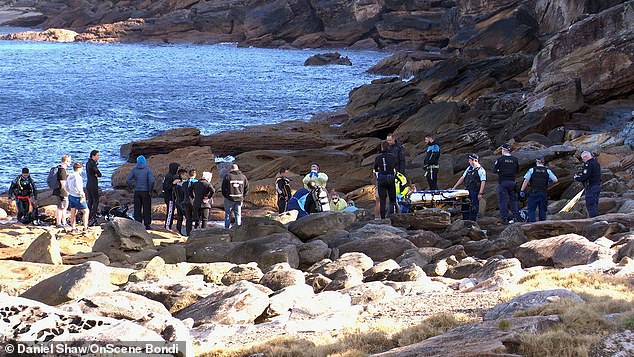 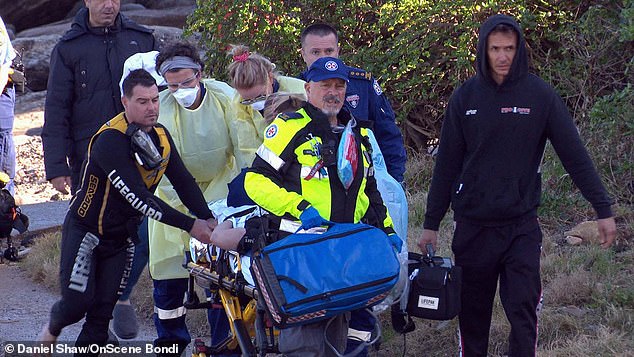 The 53-year-old woman was scuba diving at Gordons Bay near Clovelly Road on Saturday (pictured, paramedics at the scene) 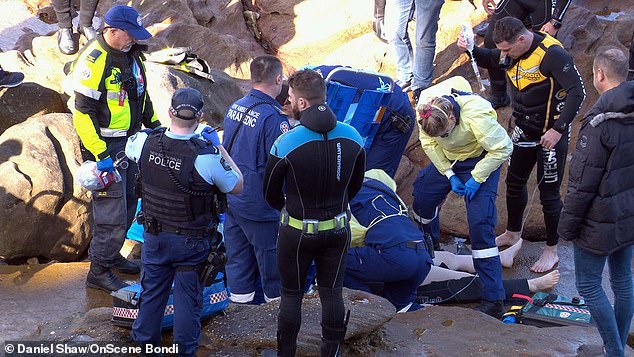 Dramatic footage captured paramedics’ frantic attempts to resuscitate the woman, as police and first responders in face masks look on.

The vision showed the woman’s pale, limp body laying on the rocks as ambulance workers push down on her chest to apply CPR.

‘Our paramedics took over and did everything they could, working tirelessly to provide life-saving treatment and resuscitation before transporting her to hospital in critical condition,’ Inspector Karl Cronan from NSW Ambulance said on Saturday. 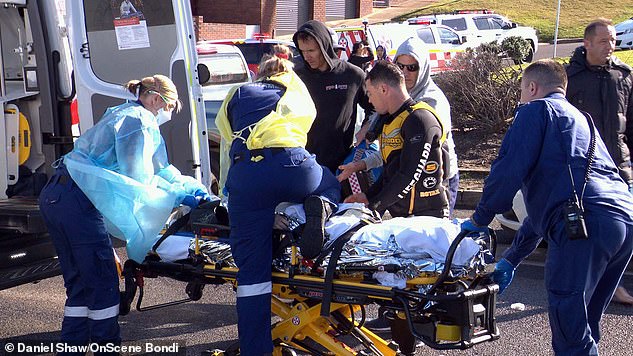 She was taken to Prince of Wales Hospital and pronounced dead later that day. Police are investigating the circumstances surrounding her death (pictured on Saturday)

‘Nobody intends for these tragedies to happen, but the thing about accidents – they happen in second – but the impact can remain for a lifetime,’ Mr Cronan said.

‘Anybody who has experienced the horror of a drowning or near-drowning knows it is extremely traumatic for everyone involved, none more so than their loved ones.’

Gordon Bay is a rocky area popular with divers, but has no life guards.