A devoted husband who battered his elderly wife to death as an ‘act of mercy’ when he realised she was about to be moved into a care home wept as he walked free from court today.

Lawrence Franks, 84, snapped after losing his battle to care for dementia-suffering Patricia, his spouse of 62 years, at their home in Gatley, Greater Manchester in July.

The retired lifeguard beat his 86-year-old dementia-suffering wife with an iron bar before smothering her.

The retired hospital clerk was found dead when police were called to the property.

Franks was later charged with murder, but pleaded guilty to manslaughter due to diminished responsibility.

A judge said Franks showed ‘nothing but love and affection’ for his wife and described him as a ‘devoted man’ as he handed him a suspended sentence at Manchester Crown Court.

Mrs Franks had begged her husband not to place her in a care home in the last 10 years of her life.

He remained devoted to her, looking after her at their home until she became so poorly she couldn’t recognise him.

It emerged he was so devoted to his wife during her declining years he suffered a hernia due to physical exertions moving her to her bed and favourite armchair. 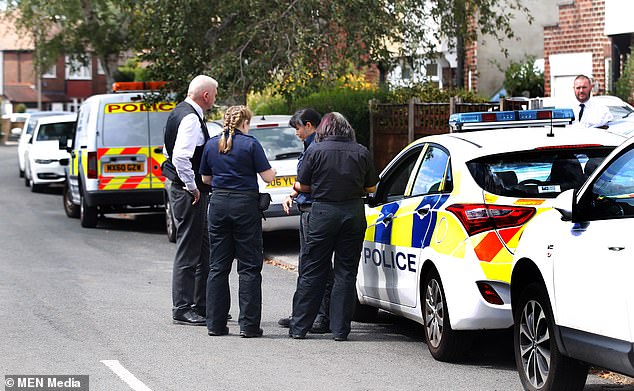 His wife had also begged him not to place her in a care home in the last ten years of her life.

Mrs Franks was unable to move and doubly incontinent due to her condition and  probably ‘completely unaware’ of the violence inflicted on her, the court heard.

She was found dead when police were called to the property following the killing on July 8 at 9am. Today Franks was given two years’ jail, suspended for two years.

Judge David Stockdale said: ‘This is a most unusual and very sad case and most would say heartbreaking. You and your wife were happily married for 62 years. You were utterly devoted to each other throughout your marriage and during the decline in her health as you cared for her. 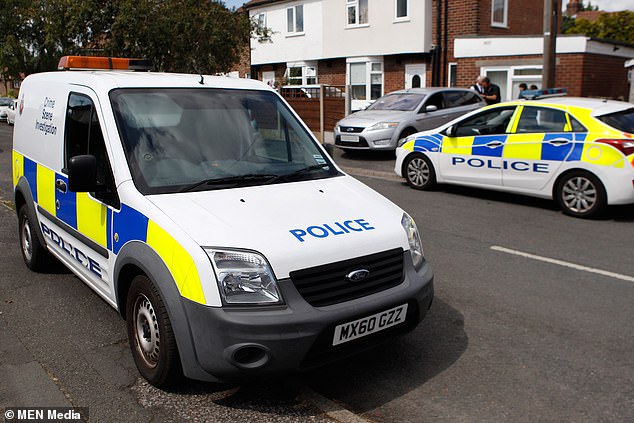 After years of caring for his wife, Franks battered her and smothered her as he feared her going into a car home

‘You took care of her despite your own age without outside help and your dedicated to her was undoubtedly unconditional. I have heard there were alterations to your own home including rails, converting the garage into a downstairs bedroom for her so she could continue to live at home as was her wish.

‘She was particularly anxious not to be placed in a care home, and this was said so repeatedly that this was a genuine concern. But as her health deteriorated, the burden of looking after her became even harder for you.

‘Yet you continued to care for your wife without assistance. On 5 July she returned home after 16 days spent in a care home. As you were recovering from surgery, that hernia condition which was a direct consequence of your physical exertions in moving, transferring and manoeuvring your wife.

‘In her return home, your wife’s mobility was in decline, further than it was before. She was confused and she seemed unable to recognise you.

‘A doctor made a home visit at your request on the afternoon of Saturday 7 July. She seemed to be confused, immobile and incoherent. On Saturday evening you enlisted the help of your neighbours to put your wife to bed. The following morning you ended the life of your wife when you found her unable to move, doubly incontinent and completely incapacitated, she did not recognise you.

‘You did not cope with that any longer and as you say it that was the inevitable prospect of her being moved into a care home. That was the last thing you or your wife wanted.

‘You took an iron bar and struck her with it, fracturing her neck and causing her death. The first blow rendered her unconscious, there were further blows and you smothered her.

‘She was completely unaware of what happened to her. There was an abnormality in your mental function. Doctors have confirmed this was diminished responsibility. You are a man on hitherto entirely good character.

‘You were a bus driver, a manager of a sports centre and a swimming pool life guard. Your wife’s nephew describes powerfully not just of the distress of your action, but also the family bearing no malice towards you. Your remorse is profound and genuine.

‘These are extraordinary circumstances and you have extreme personal mitigation. The killing of your wife was an unlawful act and the court must remember the importance of the sanction of human life must never be undermined.

‘But you are of good character and there was a lack of premeditation. The act was a spur of the moment and your genuine belief this was an act of mercy. No two cases are the same. This is far from showing malice or ill will.

‘You were utterly devoted to her for over 60 years and you showed nothing but love and affection. In the last 10 years as her health deteriorated, you care for her and tended to her every need. Your devotion was quite exceptional. There are no winners in a case as tragic as this.

‘No sentence I can pass can turn back the clock or provide any knowledge or recompense for the life of Patricia Franks. This is an exceptional case.’