Diabetic man, 50, has his foot amputated after ignoring doctors advice to improve his unhealthy diet

A 50-year-old man who lost his leg to diabetes is warning others with the condition to get healthier.

Colin Rattray, from Dundee, had his right leg amputated below the knee this month after years of ignoring medical advice and living on snacks and sugary drinks.

Mr Rattray is one of thousands of people in the UK who lose their limbs to type 2 diabetes every year because high blood sugar causes serious nerve damage.

He had ignored warning signs for years before after he already lost two toes and was losing feeling in his foot, even walking around on broken bones without knowing.

Colin Rattray, from Dundee, had already lost two toes from his left leg but thought he had ‘got away with it’, until he developed a serious diabetes-related infection in an ulcer on his right foot, which ultimately led to him having most of his leg cut off

‘You could lose limbs or, worse still, die and you’ll have yourself, not the NHS, to blame,’ he told The Sun.

Mr Rattray has now taken the hint, is eating healthier and said he is determined to get his diabetes under control and turn over a new leaf.

Surgeons did the drastic op when Mr Rattray, who worked in the pub trade, developed osteomyelitis, a bone infection connected to diabetes.

When feeling unwell he realised he had a ‘huge’ infected ulcer on the skin on his right foot.

The deep infection damaged bones in his foot so much they had no choice but to remove the limb, an operation for which he stayed awake throughout.

He said seeing his own leg removed – hearing the saw and feeling its vibrations – was ‘gutting’ but it made him realise how bad his health really was.

Mr Rattray had ignored warning signs years earlier when, after stubbing a toe on the other foot, he needed two of them amputated because of the nerve damage.

Despite this, he felt he had ‘got away with it’, and continued to stuff himself with cakes, biscuits, chocolate bars, pasties, pastries, sugary drinks and beer.

And late finishes at work meant he had a soft spot for kebabs, burgers and pizzas in the early hours of the morning.

‘I was given medication that stopped me peeing and got rid of my bad breath, which were both caused by my diabetes,’ he said.

‘Once they were sorted, I ignored the other advice about my diet. I didn’t want to miss out on socialising and always had an excuse not to overhaul my lifestyle.’

He ignored the advice and warnings of doctors and has now paid a high price for his indulgent lifestyle – he will have to relearn how to walk with a prosthetic leg.

Earlier this month the charity Diabetes UK warned someone has an amputation every hour because of type 2 diabetes.

The condition, which causes and is caused by high blood sugar, is on the rise and affects around 3.7million people.

Type 2 diabetes is often triggered by people being overweight and unhealthy, and it raises their risk of getting cancer or heart disease, or having a stroke. 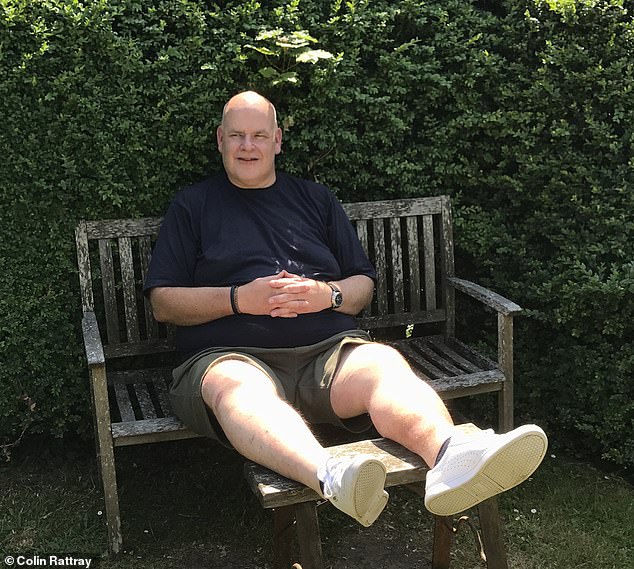 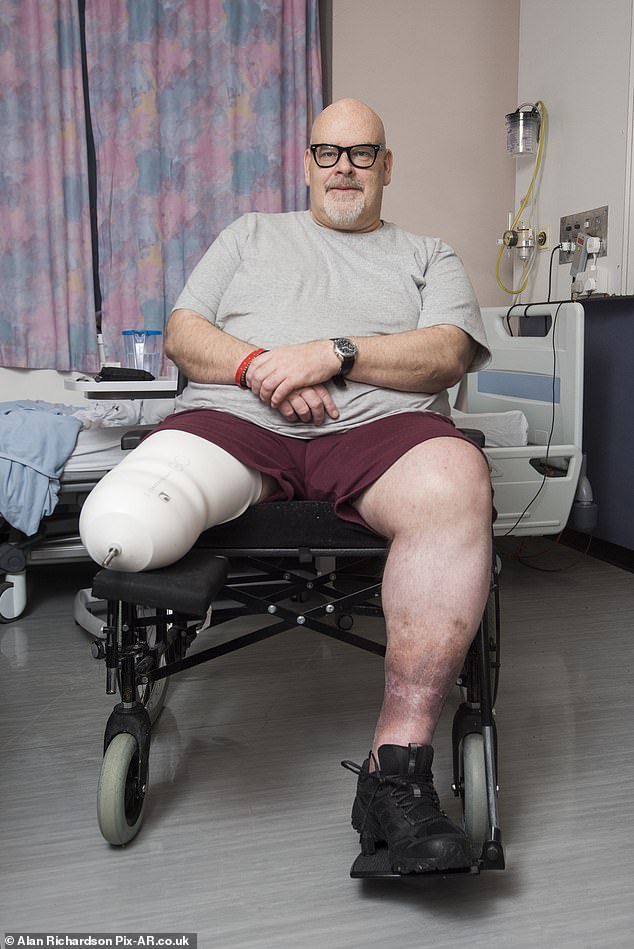 Mr Rattray puts his bad health down to constantly eating unhealthy foods like biscuits and sausage rolls, and said he ignored doctors’ advice. He now vows to improve his health and urges other people with type 2 diabetes to do the same

Mr Rattray told The Sun he had been eating healthily before his amputation, sticking to protein and vegetables and doing cardiovascular exercise and light weightlifting.

He will continue to get healthier, he said, and is urging other people with the common but potentially life-threatening condition to do the same.

‘When I’m discharged I should in theory be able to walk out of hospital and into my house and restart my life,’ he added.

‘I’m a glass half-full type of person so I’m determined to use this as an opportunity to become more well.’