Could there be a sadder postscript to the 20th anniversary of Princess Diana’s death than the revelation that doctors, and possibly some members of the Royal Family, believed she might have had a congenital condition that could be passed on to future generations?

The extraordinary assertion, detailed in a letter to one of Prince Charles’s closest mentors, suggests this was primarily the concern of the Queen’s former physician, who feared Diana was suffering from a mental disorder that was ‘dangerous’ and posed a ‘dynastic disaster’ to the House of Windsor.

What makes this revelation so chilling is that the doctors were worried not for the welfare of the Princess — their patient — but for the future well-being of the royal house. Some would argue that it was a shameful betrayal of a young woman desperate for help.

Troubled: A tearful Princess Diana is pictured in 1983, during a royal tour of Australia 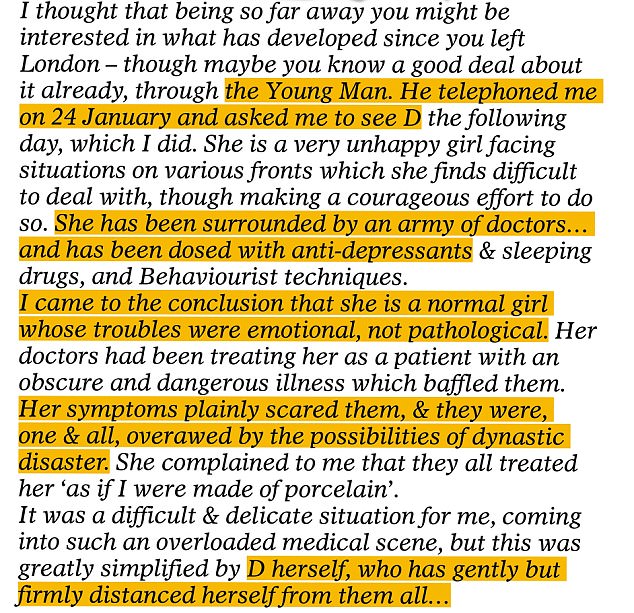 According to the letter, Dr Pare took an ‘unnecessarily gloomy and alarmist view of the “case”’

Equally disturbing is the realisation that at the time these were the prevailing views of some of the most distinguished minds in the medical profession called in to treat Diana.

In fact, as we know, her anxieties stemmed not from some inherited mental problem, but from the ever-present Mrs Camilla Parker Bowles in her marriage and what she perceived to be the cold indifference of the royals.

Diana, remember, was still a teenager when she and Charles got engaged and had just turned 20 at the time of her wedding.

Within a few months her life had been completely transformed: a princess and pregnant with Prince William, she would soon be the most recognised face on the planet.

Yet before she met Charles, she had been a self-assured, perfectly normal young woman, sharing a flat with friends and enjoying an independent life.

But the happiness that she had longed for on marrying Charles eluded her and matters had come to a head little more than six months after the birth of Prince William in June 1982. 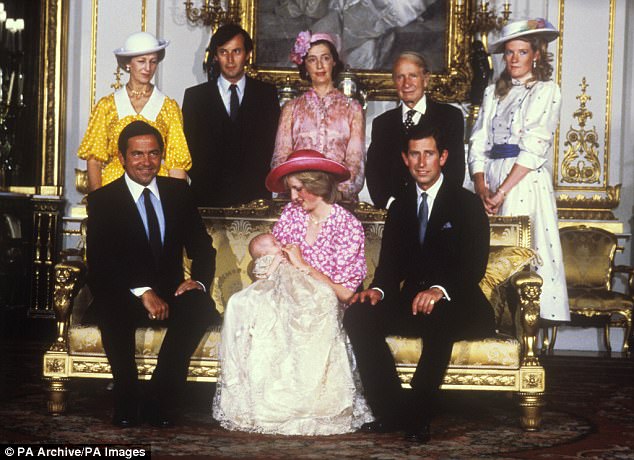 By now the 21-year-old Diana was in the grip of the eating disorder bulimia and was suffering from anxiety, low self-esteem and post-natal depression. It is at this point that we now gain an astonishing insight into the Princess’s emotional frailty.

The letter, written in February 1983 by the eminent psychotherapist Dr Alan McGlashan, who was called in to examine the Princess after she had ‘distanced herself’ from the royal medical specialists, itemises their views and the treatments prescribed for Diana.

It reveals she was ‘dosed with anti-depressants and sleeping drugs’ and had tried behavioural therapy. Dr McGlashan says Diana had been ‘surrounded by an army of doctors’ who were ‘plainly scared’ by her symptoms and ‘overawed by the possibilities of dynastic disaster’. 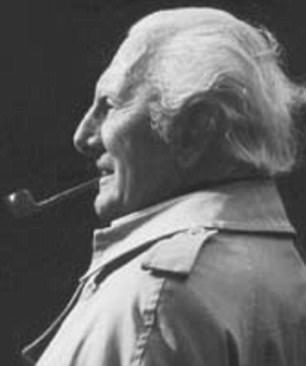 Alan McGlashan was a prominent psychiatrist and eclectic psychoanalyst, who continued to practise in his Sloane Street office until just days before his death in his 99th year

That ‘army’ included Sir John Batten, then head of the Queen’s medical household, Dr Michael Pare, a fellow of the Royal College of Psychiatrists, Dr Michael Linnett, apothecary to the Waleses’ household, and Dr David Mitchell, a behavioural expert.

According to Dr McGlashan’s letter, Dr Pare took an ‘unnecessarily gloomy and alarmist view of the ‘case’. None of them, however, was able to help her overcome her problems, which included disturbing, recurrent dreams about storm-tossed seas and sea monsters. Intriguingly, Charles, who has been portrayed as unsympathetic or indifferent to Diana’s state of mind, is shown by Dr McGlashan’s letter — revealed in yesterday’s Mail on Sunday — to have been concerned about his wife’s welfare.

After seeing Diana at Balmoral, the elderly author suggested the Princess consult his old friend, a noted Jungian psychotherapist Dr McGlashan, who was viewed as an expert in dream analysis.

Diana saw Dr McGlashan eight times and his evaluation was significantly different from the royal physicians. For he concluded: ‘She is a normal girl whose troubles were emotional not pathological’ — a verdict that must have come as a considerable relief to both the Prince and the Queen. 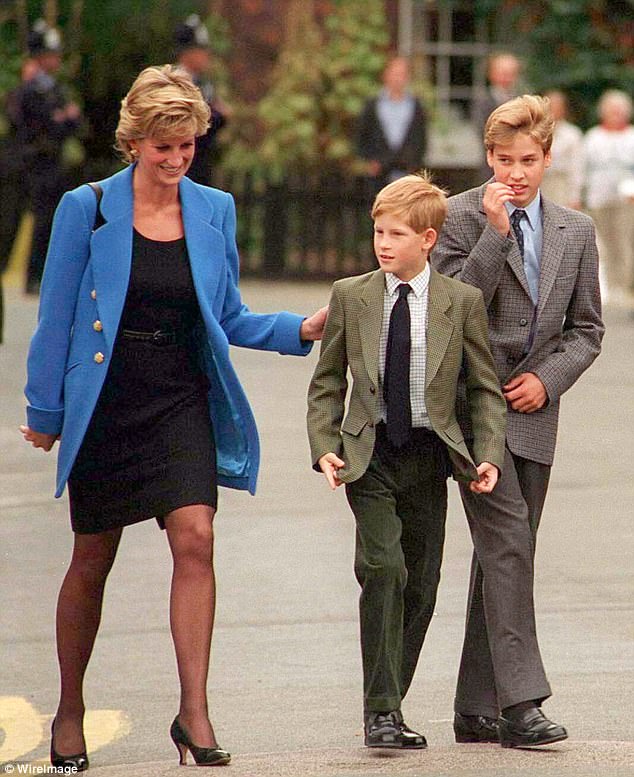 Prince William with Diana, Princess of Wales and Prince Harry on the day he joined Eton in September 1995

The uncertainties that led to the Knightsbridge consulting rooms of Dr McGlashan had been sowed almost from the outset of Diana’s life with Charles.

Arriving at Clarence House the night before news of the engagement was to be announced in 1981, not only was her fiance not there to greet her, nor was a single member of the Royal Family.

Instead, lying on her bed was a letter from Camilla, the woman who was to cast such a shadow over Diana and her happiness.

In his letter, discovered during research for a new biography of Van der Post, McGlashan uses the code the South African used to refer to Charles. He calls him ‘the Young Man’ or ‘TYM’, while Diana is referred to simply as ‘D’.

He discloses that Charles telephoned him ‘and asked me to see D the following day, which I did’.

He goes on: ‘She is a very unhappy girl facing situations on various fronts which she finds difficult to deal with, though making a courageous effort to do so.’

The doctors, he says, ‘had been treating her as a patient with an obscure and dangerous illness which baffled them . . . She complained to me that they all treated her “as if I were made of porcelain”. 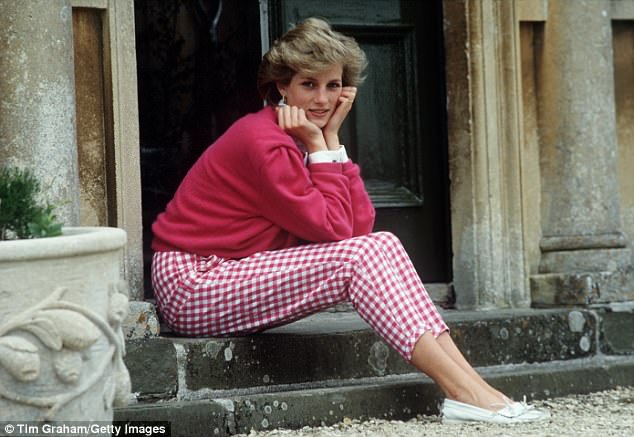 In all, Diana and McGlashan met eight times and the psychotherapist’s assessment was vastly different to that of the Royal doctors

‘It was a difficult and delicate situation for me, coming into such an overloaded medical scene, but this was greatly simplified by D herself, who has gently but firmly distanced herself from them all, having made what I think is a very good contact with me.’

Diana met McGlashan twice a week for therapy sessions, mainly at Kensington Palace. He encouraged her to write down her dreams before analysing them and discussing their hidden messages.

He also appeared to have been consulting the other physicians familiar with her at this time: ‘(Dr) Pare came to see me last Sunday and was very ready — and I think a little relieved — to retire from active participation. He is a very nice and unassuming chap.’

He also says he was ‘keeping in friendly touch’ with Dr Linnett, the Waleses’ GP. ‘It is quite a responsibility to take over from all these Big Shots, but we get on fine and I have good hopes of being able to help her.

‘My only fear is that she may not fully grasp that analysis is a slow process and that she may be expecting quick results and become disappointed.’

It was a perceptive observation, for Diana soon tired of the sessions and ended their arrangement. She later said she was not convinced by his form of treatment. 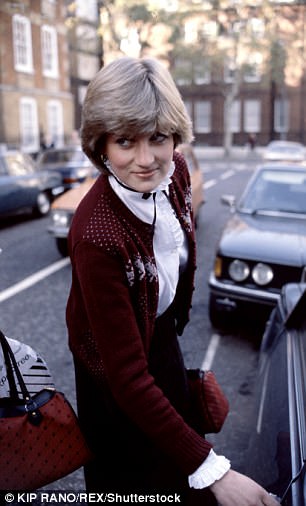 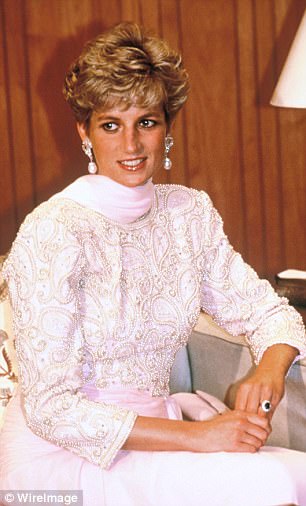 Diana met McGlashan twice a week for therapy sessions at Kensington Palace. It appears from the letter that McGlashan was in touch with at least some of Diana’s doctors during this period

However, Dr McGlashan’s involvement with the Royal Family did not end there and Prince Charles became a patient for 14 years. The Prince even keeps a bust of the psychotherapist at Highgrove in his so-called ‘wall of worthies’ of people who have been influential in his life.

To Diana, however, McGlashan, a former World War I flying ace, must have seemed not just from another generation, but from a different age. He was 84 at the time of their consultations.

William’s birth and her illness had left Diana mentally drained and physically exhausted.

As well-intentioned as all the experts she saw were, they were steeped in medical learning from the Forties and Fifties. Diana, a teenager in the Seventies, said they made assumptions about her and could not connect her unhappiness with her new life.

William’s birth had triggered dark feelings about Charles’s relationship with Camilla, which she never believed he had ever ended. There were tears and phone calls when he didn’t arrive home on time and sleepless nights when he was away.

She later confided that she had felt desperately lonely. While constantly anxious about William, she neglected herself.

She also knew the royals saw her not only as a problem — the Queen had been understandably horrified when her pregnant daughter-in-law apparently threw herself down the stairs at Sandringham — but also a threat.

Charles’s decision to give up shooting and his developing interest in green issues, including vegetarianism, were blamed on her.

When the Princess appeared to cut short a holiday at Balmoral, a place she always hated, media reports claimed she was bored and wanted to go shopping. In fact, she had returned to London for treatment for her depression.

Dr Mitchell encouraged her to discuss her conversations with her husband. He would see her daily and encourage her to talk through the events of the day.

She admitted, frankly, that her conversations with Charles consisted more of tears than words.

While some of the royal medical specialists wanted to explore her psyche, others preferred to prescribe drugs. The fact is, Diana felt that none of them came close to understanding the true nature of her turmoil.

Years later, in her BBC Panorama interview, Diana spoke of her early difficulties and her eating disorder. 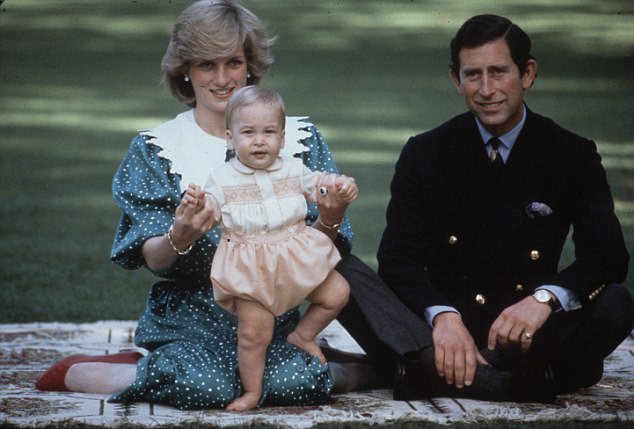 Sir John Batten feared Diana was suffering from an obscure mental disorder that risked ‘dynastic disaster’. Princess Diana, Prince Charles and Prince William are pictured while on tour in New Zealand in 1983

‘It was a symptom of what was going on in my marriage,’ she said. ‘I was crying out for help, but giving the wrong signals and people were using my bulimia as a coat on a hanger. They decided that was the problem: Diana was unstable.’

Ironically, Diana’s salvation was to be found not on the consultants’ couch, but in her royal life. After barely keeping her head above water in the early days of the marriage, she was eventually transformed by the working side of her role. There were still tears and traumas, but she began to feel that she could cope.

Looking back, the chilling prognosis of doctors who believed the Princess’s illness posed a risk to her children seems preposterous.

Consider the evidence. There is Harry confidently handling a global audience at the opening of the Invictus Games in Toronto.

He and William have both spoken eloquently about mental health issues. And by remarkable coincidence, Prince Harry devoted the early part of his visit to Canada this week to attacking the pill-popping culture, which he says dominated doctors’ approach to depression.

‘There has to be a better way than just giving out antidepressants,’ he told workers at a mental health clinic.

His mother, Diana, would surely have approved.