Patrick Demarchelier, 74, is one of 25 fashion industry figures named this weekend in a list that also includes Karl Templer, a British stylist who has worked with Zara, Tommy Hilfiger and Coach.

More than 50 models came forward to make ‘credible’ allegations against leading people in the fashion industry. 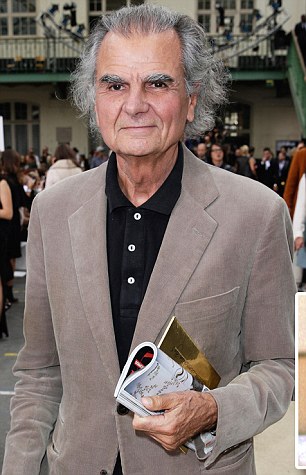 Vogue, Glamour and GQ owner Condé Nast has ceased work with Mr Demarchelier for now after revelations from The Boston Globe, whose exposure of paedophilia in the Roman Catholic church was retold in the 2015 film Spotlight.

Mr Demarchelier – who met Diana in 1989 – famously photographed her in a strapless dress wearing a tiara.

The Frenchman faces explicit allegations from an assistant with whom he used to work as well as six models.

His former assistant said he made relentless advances when she was a 19-year-old intern.

In an email to US Vogue editor Anna Wintour, she said she gave in to his sexual demands out of fear that further rejection of his advances would risk her job.

She accused him of berating her while she worked when she did refuse his advances. 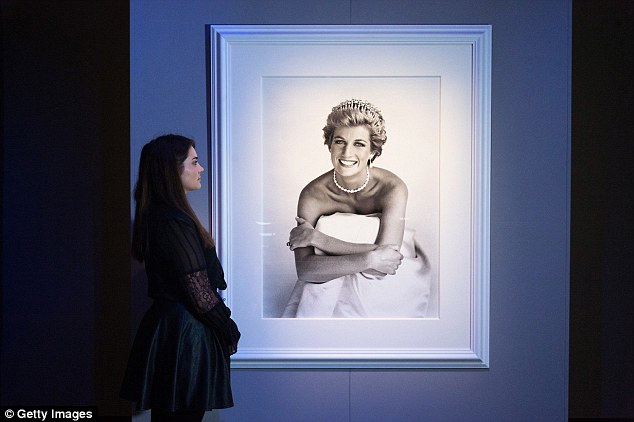 The French photographer famously shot this picture of Diana, which is shown being exhibited in 1990 after it was taken for Vogue 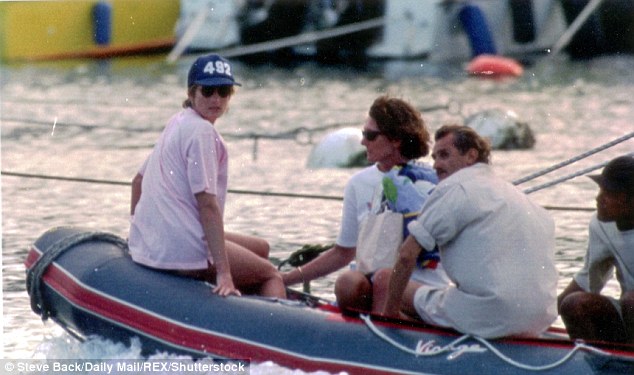 The Princess of Wales is pictured during her holiday to St Bathelemy in 1995, when she stayed at Demarchelier’s home

‘It hurts my heart so much to think of how many girls, many my own daughter’s age who have had to fend off or give in to his advances because I didn’t speak up at the time,’ she wrote.

‘I remember many test shoots with teenage girls where Patrick’s team of assistants (including me) was dismissed for the day only to find naked photos of the girl in the darkroom the next day.’

The other six accusers interviewed by The Globe said Mr Demarchelier grabbed a model’s breasts, made vulgar propositions and forced a woman’s hands onto her genitals.

Demarchelier allegedly told a teenage model he’d make her famous if she allowed him to perform a sex act on her four years ago. She refused and left the Paris hotel room in which they had arranged to meet. 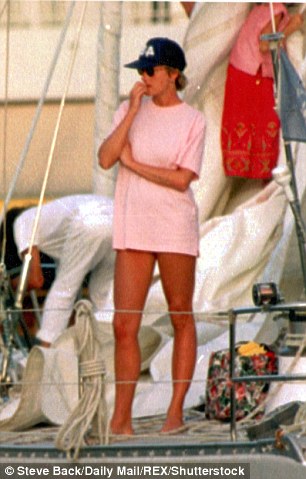 She says the incident prompted her to tell her agent she would never work with the photographer again.

But two years later she was sent to a Mr Demarchelier shoot in New York, where she says he asked the same question.

The photographer has hit back at his accusers, calling their claims ‘ridiculous’, stating ‘people lie’ and claiming it is ‘impossible’ for the allegations to be true.

The married man says he ‘never, never, never’ inappropriately touched a model and branded the accusations ‘pure lying’ by frustrated models missing out on work.

Mr Demarchelier, who lives in New York, is the second of the Diana’s favourite photographers to face allegations of sex abuse. In January Mario Testino faced accusations from male models.

A scheduled shoot at London fashion week for Mr Demarchelier was cancelled by the photographer at short notice.

The spaces are designed to protect models from being photographed while they are getting changed. It follows the group’s Models First scheme to fight abuse. The initiative began in December.

Every single one of the people accused in this latest investigation has denied the allegations facing them.

Many complained they were not told the identities of alleged victims, many of whom remained anonymous.

People facing accusations also complained they were not told the locations or dates of the alleged incidents.

Mr Templer was accused of trying to pull off a model’s underwear as well as inappropriate touching. 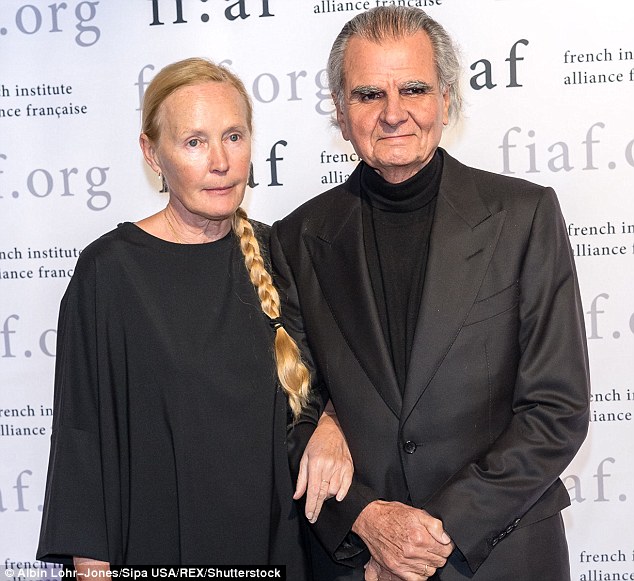 Mr Demarchelier, pictured with his wife Mia, has denied the allegations made against them, dismissing them as ‘impossible’

He said he was ‘truly sorry’ if he has ‘ever inadvertently made anyone feel uncomfortable’ but denied the allegations, branding them ‘vague and anonymous’.

The fashion stylist added that physical interaction with models is a necessary part of his work but maintained he has never touched anyone inappropriately and denied any sexual intent.

The 22-year-old told the Telegraph Magazine that she was warned by Viva London model agency that certain photographers are ‘renowned for trying to make a move on some of the girls’.

Another British model, Chloe Hayward, told the Globe: ‘It’s a job, and just because you see a picture of me in underwear, that’s not an invitation to come to my bedroom.’

She said it was common for her and models in her peer group to have to fend off propositions by photographers, particularly when they are starting out.

Condé Naste has also stopped working with photographer Terry Richardson in October over allegations of abuse exposed by The Sunday Times.