Diane Arbus: In The Beginning allows us to witness a master of American photography in the making

Diane Arbus: In The Beginning

In her breakthrough exhibition, at New York’s Museum of Modern Art (Moma) in 1967, gallery staff had to clean the glass covering Diane Arbus’s photographs at the end of each day. Why? Because of the huge number of visitors who’d spat on them.

Arbus’s speciality was imagery of society’s oddballs and outsiders: giants, dwarfs, nudists, Siamese twins, etc. Judging by the reaction at Moma, many New Yorkers were affronted by what they saw.

Fast-forward half a century, though, and Arbus is now widely regarded as having been one of the greats of US photography. A new exhibition at the Hayward Gallery arrives in London with much fanfare, only half of its 100 photos having been shown in Europe before. It focuses on the little-known, early years of Arbus’s career, between 1956 and 1962. 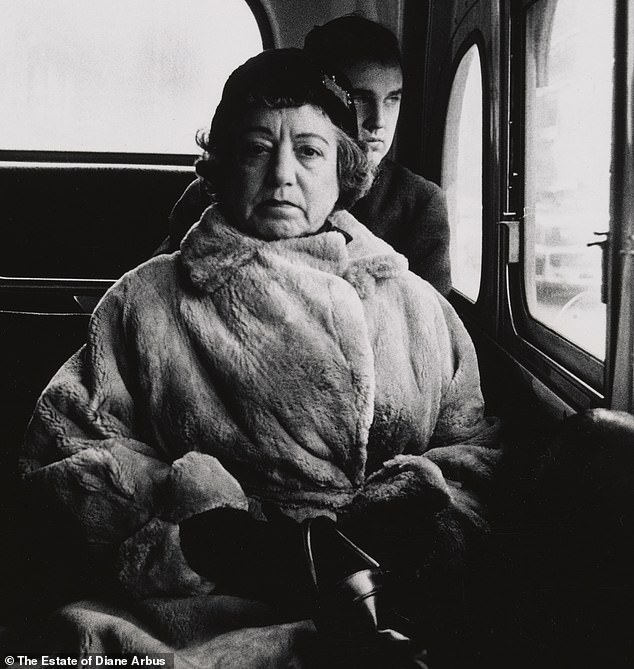 A new exhibition dedicated to Diane Arbus at the Hayward Gallery arrives with much fanfare, only half of its 100 photos having been shown in Europe before. Above: Lady On A Bus, 1957

It was a period marked by tentativeness. Initially, Arbus hid around corners to get her shots and kept a distance from her subjects. She often worked in the dark too, clearly – and quite understandably – lacking the confidence she’d have later.

The resulting images, such as two cha-cha dancers performing, and of a 42nd Street cinema audience, are grainy and imprecise.

As the years passed, however, Arbus got much closer to her subjects. Her photos became a frank exchange. In one of her most famous shots – of a boy in Central Park wielding a toy hand-grenade, in 1962 – the lad stared directly at her with a look that mixes youthful clowning and primal aggression. 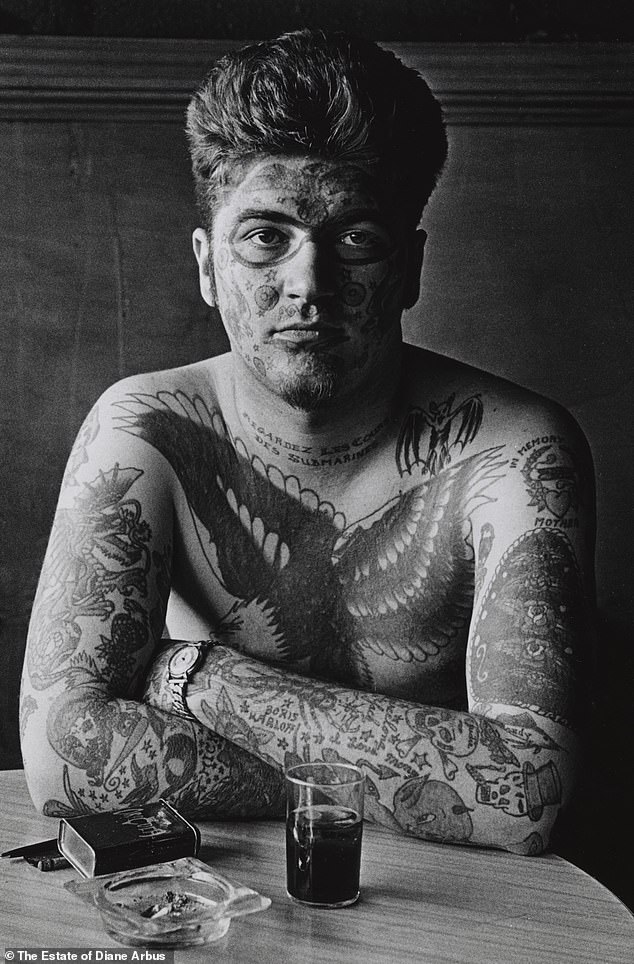 Focusing on the little-known, early years of her career, the show is innovatively laid out, each photograph displayed on its own freestanding column. Above: Jack Dracula At A Bar, 1961

Part of the change was down to her growing assuredness; part to a change of camera. In the early Sixties Arbus began using a twin-lens Rolleiflex – which was held to the chest rather than raised to the eye, allowing constant eye contact with her subject.

As time passed, the eccentric characters started to appear too, like the man at the circus in The Human Pincushion with pins stuck all over his body.

The exhibition is innovatively laid out, each photograph being displayed on its own freestanding column. 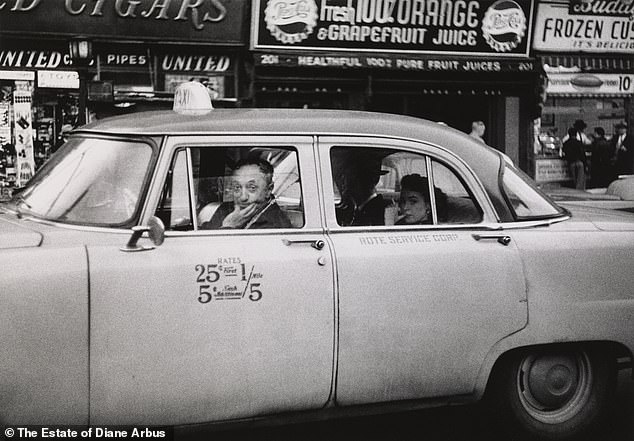 Diane Arbus committed suicide in 1971, aged 48. Her career had lasted only 15 years, and this exhibition does a fine job of charting its beginnings. Above: Taxi Driver, 1956

Encountering them replicates for us the sense of Arbus roaming the streets seeking her next shot.

Diane Arbus committed suicide in 1971, aged 48. Her career had lasted only 15 years, and this exhibition does a fine job of charting its beginnings. It lets us witness a master of American photography in the making.

The Estorick Collection in Islington is one of the gems of London’s art scene. Kept in a Grade II-listed Georgian townhouse – which was converted into a gallery 20 years ago – it specialises in Italian art from across the 20th century.

On the first and second floors there are long-term displays featuring work by greats such as Giorgio Morandi. On the ground floor you find the space for temporary exhibitions, which is currently devoted to little-known sculptor Fausto Melotti.

The abstract pieces from early in his career might be seen as a rejection of the propagandistic, figurative sculptures of this period supporting Mussolini. Alas, much of Melotti’s pre-war work was destroyed when his Milan studio was hit by Allied bombing in 1943.

The Estorick Collection’s exhibition on the little-known Italian artist Fausto Melotti contains a number of fascinating abstract pieces from early in his career, such as The Lion Friend (above)

On this show’s evidence, it was in the Sixties and Seventies that he hit his peak. Brass sculptures such as The Lion Friend and The Uneasy Conscience are highly playful. The latter is a feather-light, human figure, with a rectangular mirror where we’d expect a face. The ‘uneasy conscience’ of the title is our own.

The Lion Friend, meanwhile, looks nothing like a king of the jungle. This sad-faced creature has a stick-figure anatomy, with a pair of weighty testicles the only body part of substance.

The Uneasy Conscience (left) is a feather-light, human figure, with a rectangular mirror where we’d expect a face. But the lack of information on the works is frustrating. Right: Orpheus

Melotti has featured in group shows at British institutions over the years, but this is his first solo exhibition.

His work engages throughout. Which makes it all the more frustrating that so little information is provided on the context in which Melotti’s sculptures were made – especially on their relation to other 20th-century Italian art, so many fine examples of which are on show at the Estorick upstairs.

One leaves Islington wanting to see more – and know more.