Diane Kruger, 45, says she would have ‘resented’ her baby if she had conceived in her 30s

Diane Kruger, 45, says she would have ‘absolutely resented’ her daughter if she’d conceived in her aged 30 – but now is ‘ready and willing’ to give all her attention to her child after giving birth at 42

Diane Kruger says she would have ‘absolutely resented’ a baby had she conceived in her early 30s, but has become ‘ready and willing’ to devote herself to her child as years have gone on.

The German-born actress, 45, who lives in Atlanta, Georgia,  with her fiancé Norman Reedus gave birth to daughter, now three,  in November 2018 when she was 42.

In a candid chat with The Sunday Telegraph, she said she’s now ‘happy’ to give up the freedom of being childless, adding that she’s ‘been to every party’ and ‘visited every country’ she wants.

Diane Kruger, pictured in October last year, says she would have ‘absolutely resented’ a baby had she conceived in her early 30s, but has become ‘ready and willing’ to devote herself to her child 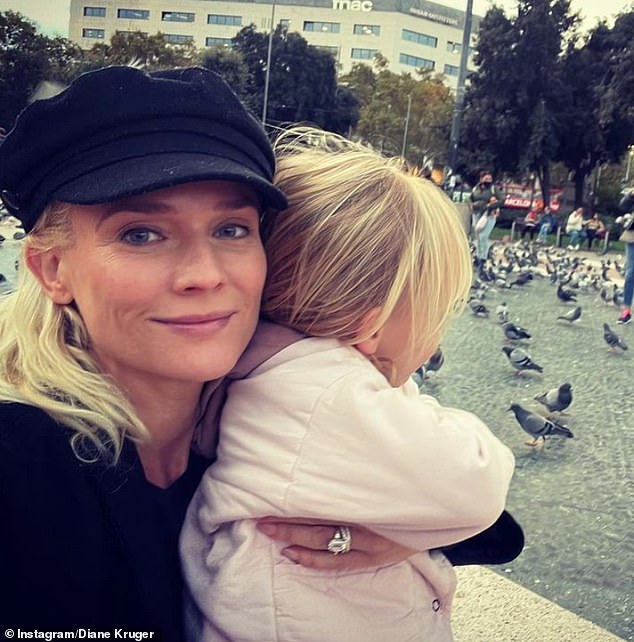 ‘I am so glad I did not have a kid at 30’, the Inglourious Basterds star said. ‘I think I would have absolutely resented it for all the things that you have to give up, because today I am happy to do so.

She soon began pursuing a career in acting, gaining fame for her role as Helen in the war epic Troy in 2004 before starring alongside Nicolas Cage and Sean Bean in National Treasure the same year. 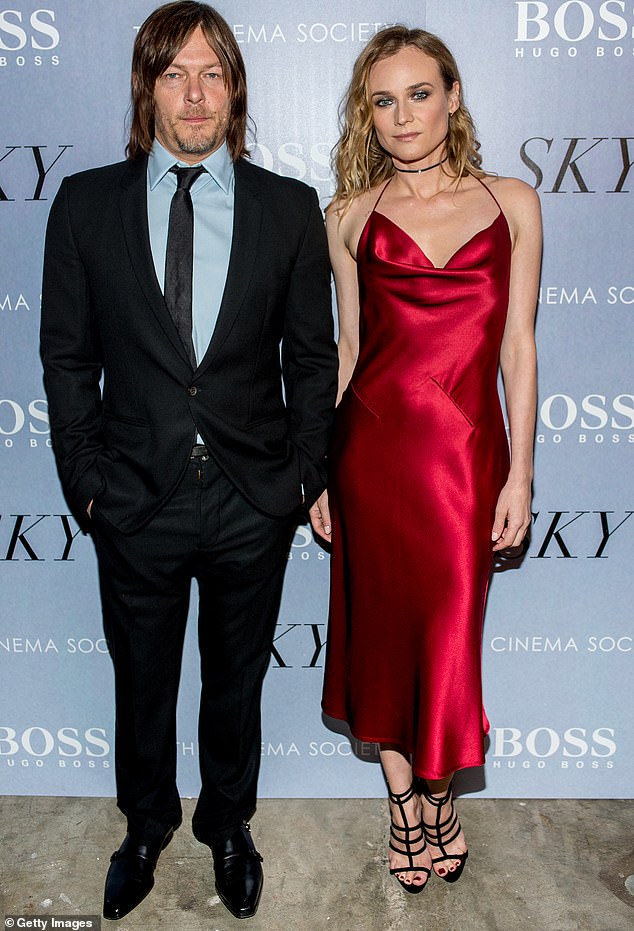 The German-born actress, 45, lives in Atlanta with her fiancé Norman Reedus. The pair are pictured in New York City in 2016

Her acting career has grown from strength to strength over the years, and in 2015 met The Walking Dead actor Norman, 52, while filming drama movie Sky and went public with their romance two years later.

Normal shares son Mingus, 21, from his previous relationship with Helena Christensen and Diane says she sees him as more of a ‘friend’ than a stepson.

She added that she’s known Mingus’ mother, former Victoria’s Secret Angel Helena, for longer than she has her fiancé and says there’s ‘no weirdness’ between the family.

Diane previously admitted that ‘everything changed with motherhood’ as she discussed jumping back into work while also raising her daughter in in December’s Women’s Health magazine. 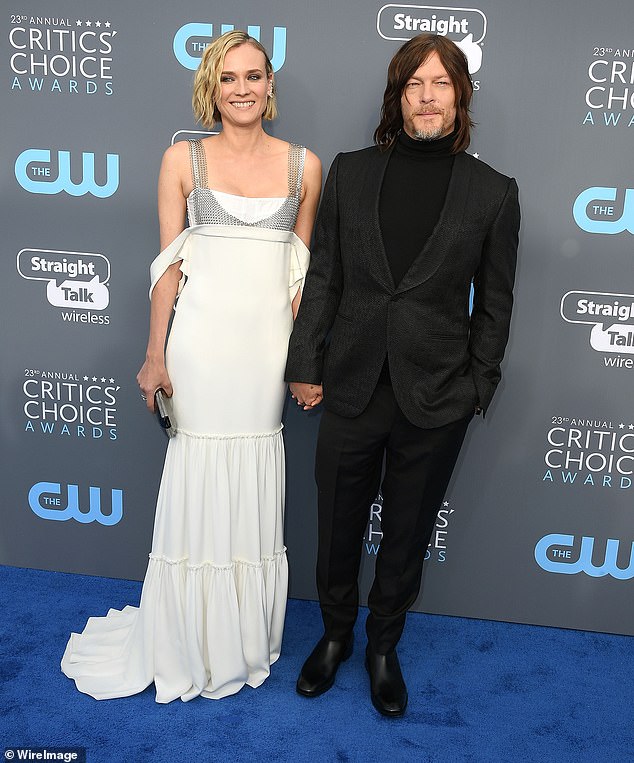 Diane’s acting career has grown from strength to strength over the years, and in 2015 met The Walking Dead actor Norman, 52, while filming drama movie Sky. They are pictured in 2018

The actress, who has yet to reveal her little girl’s name, noted that becoming a parent has set the trajectory for her career because she’s able to prioritise spending more time at home.

‘Everything changed with motherhood—it’s such a cliché, but it’s true,’ she said. ‘The way I look at work is different. I love to work; in fact, I cherish it more today than I did before, but at the same time, you look at everything from a different angle.

‘It’s not: What’s it going to do for my career? It’s more about: Could it fit into my schedule? How can I make it work? Is it going to be worthwhile?’

‘It was daunting,’ she said of making the decision to go back to work months after giving birth.

‘But after six months of being a full-time mom, I was ready to get back to me, and to get out of the house. It was fun to have a few hours away each day to focus on my body and my work.’