Dianne Feinstein vehemently denied claims that she or her staff leaked the confidential letter from Christine Ford that accused Brett Kavanaugh of sexual assault, during a dramatic Senate hearing on Thursday.

Feinstein, the ranking member of the Senate Judiciary Committee, has been dogged by allegations that she leaked the letter to the media earlier this month in order to stall Kavanaugh’s confirmation vote.

Feinstein and Rep. Amy Eshoo (D-CA) were the only two members of congress who received a letter from Ford accusing Kavanaugh of sexual assault in July, according to Ford’s testimony to the Senate Judiciary Committee on Monday.

But Feinstein denied the leak came from her office.

Feinstein suggested that the story may have been leaked to the press by Ford’s friends.

Ford told congress on Thursday that she kept details of her alleged sexual assault by Brett Kavanaugh a closely-guarded secret for 36 years – and still has no idea who leaked her confidential letter about it to the media two weeks ago.

Just two Democrats in congress had access to the letter, in which Ford first claimed that Kavanaugh sexually assaulted her in high school, according to Ford’s testimony to the Senate Judiciary Committee on Thursday. She said both agreed to keep the letter confidential, but it was leaked to media outlets on Sept. 12.

Passed on: Christine Blasey Ford said she allowed Anna Eshoo’s office to forward the letter and a request for confidentiality to Sen. Dianne Feinstein, ranking member of the Senate Judiciary Committee. Feinstein’s office said it had no idea who leaked the letter. 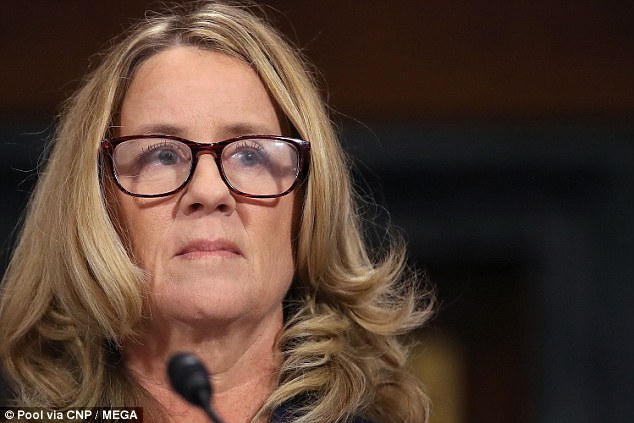 Spotlight: ‘Once the press started reporting on the existence of the letter I had sent to Senator Feinstein, I faced mounting pressure,’ Christine Blasey Ford told the Senate Judiciary Committee 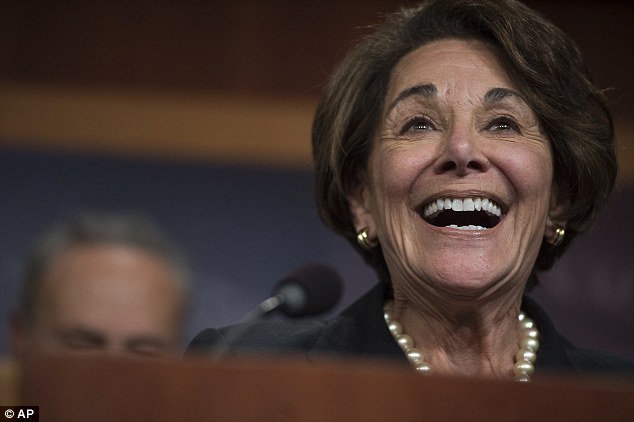 Recipient: Christine Blasey Ford wrote to Anna Eshoo, Christine Ford’s local congresswoman, a Democrat, describing her account of being attacked by Brett Kavanaugh. She sent the letter in confidence on July 6

One was Rep. Anna Eshoo (D-CA), Ford’s local congresswoman. Ford sent Eshoo the letter on July 6. Ford said she later allowed Eshoo’s office to forward the letter and a request for confidentiality to Sen. Dianne Feinstein, ranking member of the Senate Judiciary Committee.

Feinstein’s office said it had no idea who leaked the letter.

‘The letter was not released or leaked by our office,’ a Feinstein spokesperson told DailyMail.com.

A spokesperson for Eshoo did not respond to questions about whether the leak came from Eshoo’s office.

Ford told the Senate Judiciary Committee that she initially sent the letter to Eshoo on July 6, a few days before Kavanaugh’s nomination.

The letter was the first time Ford says she told anyone other than her husband and therapist that Kavanaugh was the man who allegedly sexually assaulted her in high school in the early 1980s.

Ford told the Senate Judiciary Committee on Thursday that she wrote the letter on her own without any input from outside advisors or attorneys.

Ford said she also sent a tip about Kavanaugh to the Washington Post on July 6, but did not hear back at the time.

‘I did not use my name, but I provided the names of Brett Kavanaugh and [Kavanaugh’s high school friend] Mark Judge,’ said Ford in her testimony on Thursday. ‘I stated that Mr. Kavanaugh had assaulted me in the 1980s in Maryland. This was an extremely hard thing for me to do, but I felt I couldn’t not do it.’

Ford said she finally opened up about Kavanaugh’s role to a ‘couple of close friends on the beach in California’ in conversations ‘over the next two days.’ 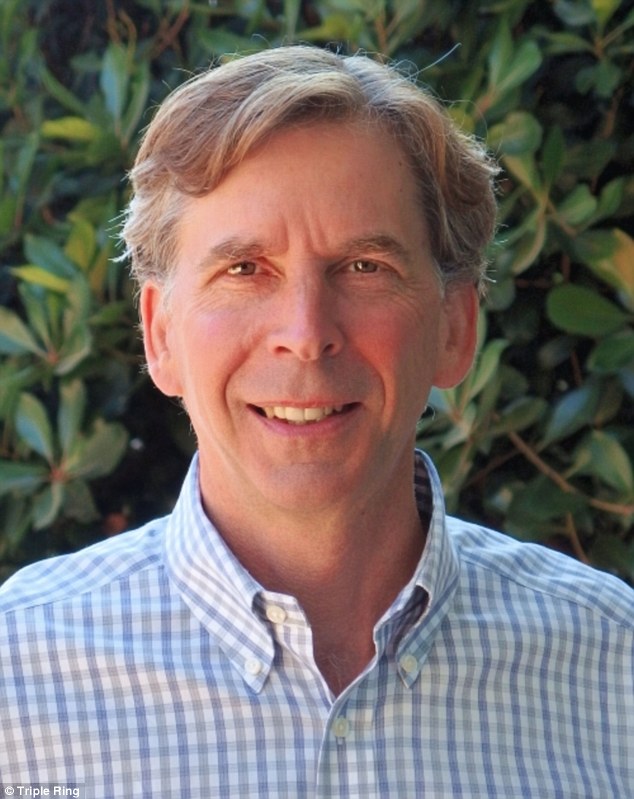 Eshoo’s office contacted Ford in response to her letter on July 9, after Kavanaugh was nominated to the Supreme Court. Ford met with Eshoo’s staff on July 11 and 13, she says, and told them she was afraid to go public with the accusations.

She said Eshoo’s staff advised writing a letter to Sen. Dianne Feinstein, a California Democrat and the ranking member on the Senate Judiciary Committee.

Although Ford never wrote a second letter, she said Eshoo’s staff eventually passed a copy of her original letter to Feinstein’s office on July 30 with the request that it be ‘kept confidential.’

‘My understanding is that Representative Eshoo’s office delivered a copy of my letter to Senator Feinstein’s office on July 30, 2018,’ said Ford. ‘The letter included my name, but requested that the letter be kept confidential.’

Feinstein wrote to Ford a month later – on Aug. 31 – promising not to disclose the information without Ford’s consent.

‘In a letter on August 31, 2018, Senator Feinstein wrote that she would not share the letter without my consent,’ said Ford. ‘I greatly appreciated this commitment. All sexual assault victims should be able to decide for themselves whether their private experience is made public.’

Less than two weeks later, on Sept. 12, The Intercept reported on the existence of the letter and the assault accusations against Kavanaugh – although the initial reports did not include Ford’s name.

That day, Feinstein turned over the letter to the FBI.

Ford told the Senate on Thursday that she still does not know who leaked the letter, indicating that she did not give approval for Feinstein or Eshoo to release it.

Republicans seized on Feinstein’s delay in turning the letter over to the FBI on Thursday, while Democrats continued to call for FBI investigation into the allegations against Kavanaugh – a move that Republicans claim is a political tactic to stall the confirmation vote.

‘The ranking member [Feinstein] took no action,’ said Grassley. ‘The letter wasn’t shared with me or colleagues or my staff. These allegations could have been investigated in a way that maintained the confidentiality that Dr. Ford requested.’

Kavanaugh also criticized Feinstein’s delay in a heated exchange with Sen. Dick Durbin, who pressed the judge on whether he believes there should be an FBI investigation.

Kavanaugh testified that he was never asked questions about the allegations during closed-door hearings and private meetings with Feinstein, and said he wasn’t aware of the claims until they were leaked to the press.

Although Feinstein waited until Sept. 12 to turn over the letter to the FBI, Ford said Feinstein’s office privately advised her on potential attorneys to hire.

After the news broke, Ford said she was hounded by reporters and feared that her name would be released publicly without her consent.

‘Once the press started reporting on the existence of the letter I had sent to Senator Feinstein, I faced mounting pressure,’ said Ford. ‘Reporters appeared at my home and at my job demanding information about this letter, including in the presence of my graduate students.’

She agreed to an interview with the Washington Post, which she had first contacted in July, which was published on Sept. 16.

That interview was the first time Ford spoke publicly and in detail about the alleged attack, which she said she had kept largely to herself for decades and only shared with her husband in 2012.

Ford said in the summer of 1982, when she was 15, she attended a small house party with four boys and one other girl. Ford said Kavanaugh and his friend Mark Judge, who were 17 at the time, were also at the party and appeared to have been drinking heavily beforehand.

Ford claimed she went upstairs to use the bathroom when she was grabbed from behind and shoved onto a bed in a nearby bedroom. She said Kavanaugh and Judge locked the door, and Kavanaugh proceeded to climb on top of Ford and tried to remove her clothing. Kavanaugh also allegedly put his hand over Ford’s mouth so she could not scream.

Ford said she remembered the boys laughing – a noise, she said on Thursday, that has been seared into her memory for 36 years. She also said they turned up the volume on music in the room so that she could not scream for help from the other partygoers downstairs.

Ford said she managed to escape after Judge jumped on top of Kavanaugh and the boys toppled off of her. She said she ran to the bathroom and locked the door until she heard the boys go back downstairs. At that point, she said she ran out of the house and went home, but still does not remember how she got back from the party.

Kavanaugh has denied the allegations, and other sexual assault accusations from two other women. The three named witnesses who Ford said attended the party have said they don’t remember the gathering or anything similar taking place.