Dick’s Sporting Goods will immediately end sales of assault-style rifles in its stores and won’t sell guns to anyone under 21 years old following the school massacre in Parkland, Florida.

In an open letter released on its website on Wednesday, the chain’s CEO Edward Stack said it was time for the country to do more to end violence.

He acknowledged the Parkland massacre at which 17 people were killed and credited the student protesters who have been calling for gun reform ever since, saying: ‘We heard you.

‘The nation heard you.’

Gunman Nikolas Cruz bought one of his weapons at a Dick’s. It was not the AR-15 he used in the killings but Stack said he should not have been able to purchase any weapons in the first place.

‘Following all of the rules and laws, we sold a shotgun to the Parkland shooter in November of 2017. It was not the gun, nor type of gun, he used in the shooting. But it could have been.

‘Clearly this indicates on so many levels that the systems in place are not effective to protect our kids and our citizens.

‘We believe it’s time to do something about it

‘We will no longer sell assault-style rifles, also referred to as modern sporting rifles. We had already removed them from all DICK’S stores after the Sandy Hook massacre, but we will now remove them from sale at all 35 Field & Stream stores.

‘We will no longer sell firearms to anyone under 21 years of age.’

The store will also stop selling high capacity magazines and is calling on congress to ban assault rifles all together.

Stack says that the gunman, Nickolas Cruz, had purchased a gun at a Dick’s store, but not the one used at the school shooting, even though all existing rules were followed.

Stack says that the system that’s in place won’t stop sales to dangerous people and said lawmakers must do something. 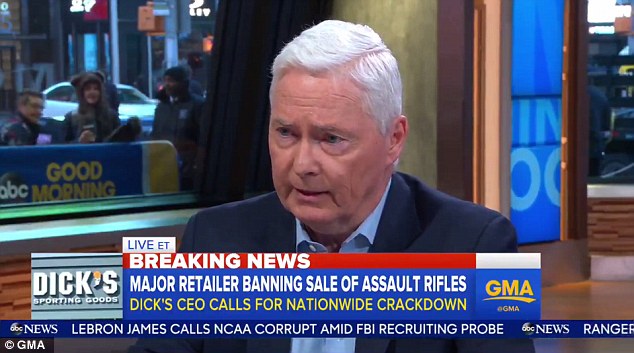 CEO Edward Stack looked at pains as he described the company’s disgust over the Parkland shooting. He said they felt compelled to do something to make it harder for deranged shooters to purchase weapons

Chairman and CEO of Dick’s Sporting Goods tells @GStephanopoulos why the company has decided to no longer sell assault style rifles or firearms to anyone under 21 years of age, and no longer sell high capacity magazines. pic.twitter.com/xiuMfqIZLd 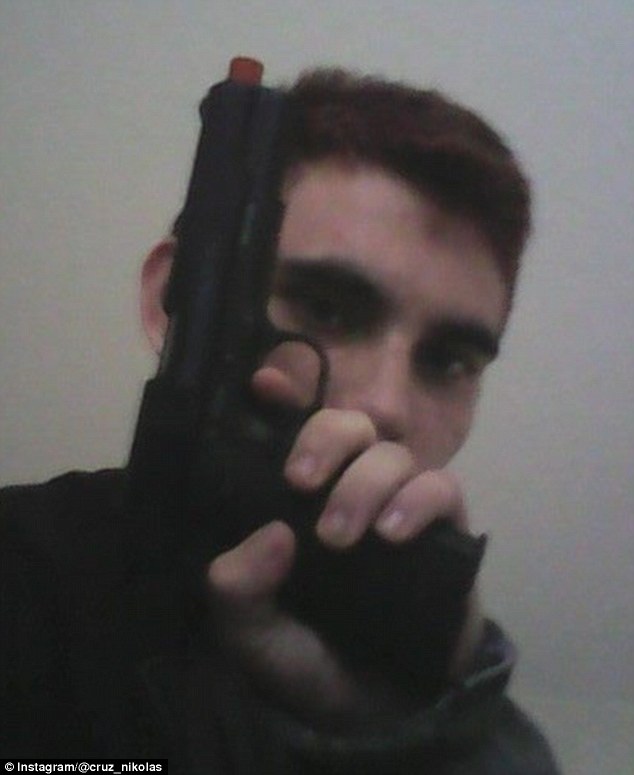 Nikolas Cruz bought one of his guns from a Dick’s store. It was not the AR-15 rifle he used in the massacre but Stack said he should never have been able to get any weapon 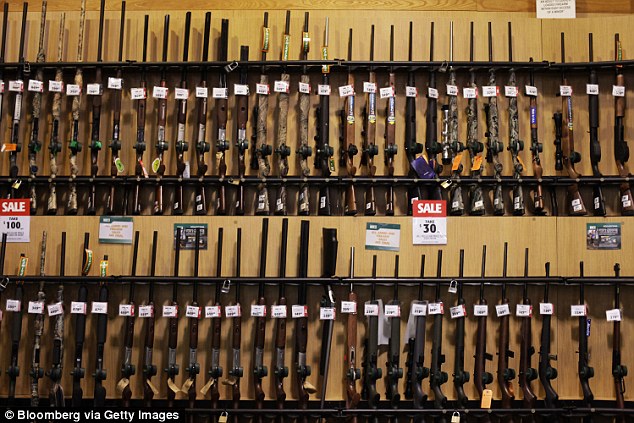 A row of rifles at a Dick’s Sporting Goods in New Jersey. Assault rifles will no longer be sold nor will high capacity magazines

‘As we looked at what happened down in Parkland, we were so disturbed and saddened by what happened. We felt we really needed to do something,’ he said.

‘We’ve decided not to sell these assault weapons any longer and the other things we talked about.

‘He bought a shotgun from us back in November. It wasn’t the gun or the type of gun that he used in the shooting but when that happened, we realized that the system – and we did everything by the book – [meant that he] was able to buy a gun.

‘When we looked at that, we said the systems that are in place across the board just aren’t effective enough to keep us from selling a gun to a person like that,’ he said.

Dick’s removed assault rifles from its Dick’s Sporting Goods stores after Sandy Hook but they have still been available in their 35 Field & Stream stores.

‘We hope others join us in this effort to let our kids know that their pleas are being taken seriously.

‘Some will say these steps can’t guarantee tragedies like Parkland will never happen again. They may be correct – but if common sense reform is enacted and even one life is saved, it will have been worth it.

‘We deeply believe that this country’s most precious gift is our children. They are our future. We must keep them safe,’ Stack said at the end of his statement.