When former NSW premier Gladys Berejiklian and her beau Arthur Moses went out for an afternoon’s shopping, they may not have expected it to still be news two days later.

But the photos from their Sunday outing to the ritzy Potts Point area of Sydney have taken on a life of their own as people ponder whether or not their matching outfits were planned.

In black leather Chelsea boots with blue jeans and matching jackets, the couple looked like two peas in a pod as they strolled the shops.

The debate was kicked on by a caller to the Kyle and Jackie O show on KIIS FM asking the hosts: ‘What do you think of Gladys and Arthur wearing matching outfits?’

DID GLADYS AND HER MAN PLAN THEIR MATCHING OUTFITS?

An intrigued Jackie O asked the caller: ‘Are they couple dressing, like coordinated dressing?’

Her co-host Kyle Sandilands added that: ‘That sounds cute.’

But Jackie is not certain of the significance of the move.

‘Is it just coincidence, a one off, or are they doing it constantly?,’ she queried.

The answer to that, is it was not the first time the couple had sported matching items of clothing.

They also did so on October 30 when they were pictured in very similar exercise gear. 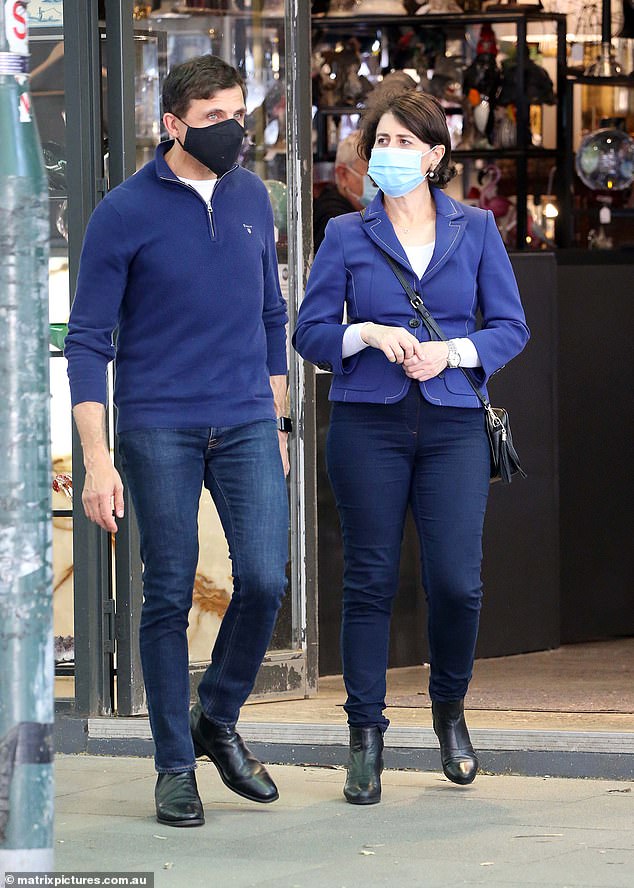 Kyle then jumped in with a recollection from his childhood, saying: ‘My mum used to wear an “I’m with stupid” shirt and my dad would wear one saying “I’m stupid”.’

Meanwhile, Jackie O refreshed herself with the story and photos by taking a look on the Daily Mail Australia site.

‘I reckon that’s a mistake [rather than planned], they’re both wearing navy,’ she said.

The radio hosts both agree it’s a coincidence.

But then Kyle immediately backtracks, saying ‘I love that. “Let’s dress the same and go out”.’

With his interest in the story now piqued, he announced ‘I’m going to reach out to Gladys and see how she’s going’. 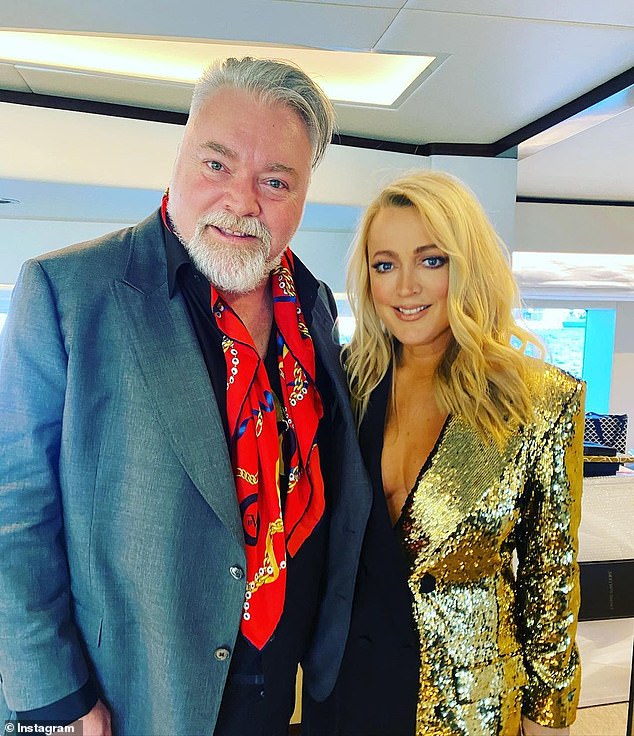 On Sunday, Ms Berejiklian, 51, seemed to be putting recent difficulties behind her as she and Mr Moses, who is a senior counsel barrister, stepped out in their remarkably similar attire.

With blue tops, blue jeans and black boots, they were a picture of his and her happiness as they visited book and clothes shops in the inner city suburb.

The couple was outed as an item in June in an Instagram post from Ms Berejiklian’s younger sister Mary.

The post was captioned: ‘After work Friday feels with these two. Glad and her boo.’

Mr Moses is the lawyer who represented Ms Berejiklian at a corruption hearing last year into her former boyfriend Daryl Maguire. 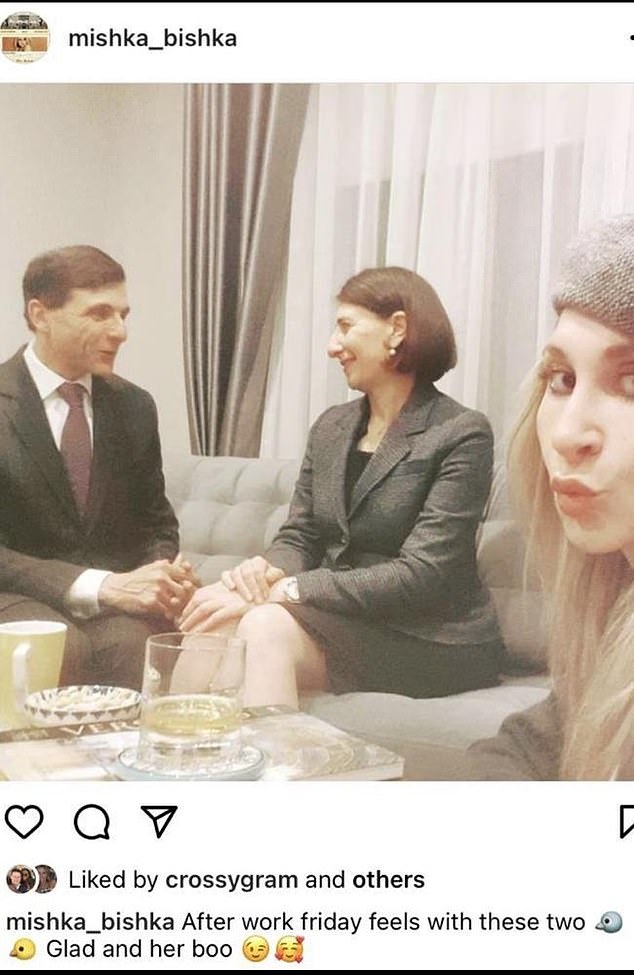 She resigned as NSW premier on October 1 when she announced that she too was under investigation by the Independent Commission Against Corruption.

The inquiry sat for 11 days in October, with Ms Berejiklian facing a gruelling day and a half of questions.

She denied any wrongdoing and was frequently exasperated during the examination in which she was scolded several time by the commissioners for giving more context than the question required.

But on Sunday, Ms Berejiklian looked like that was all at the back of her mind as she walked around with the man who has been her rock throughout the ICAC inquiry.

The outing came just two days after she was pictured out and about on in Double Bay in Sydney’s affluent eastern suburbs on Friday afternoon to let her hair down after a tumultuous few weeks.

She sported a green dress, black blazer and crossbody bag, topping off the look with red lipstick and a fresh blowdry, before a girls’ night out that evening.