Police in California have arrested a man they believe is the Golden State Killer, almost four decades after his first victim was murdered.

While investigators have said DNA played its part in tracking down 72-year-old suspect Joseph James DeAngelo, they have not revealed exactly how it was used.

But Paul Haynes, a researcher who spent years studying the killings, believes he knows the answer. 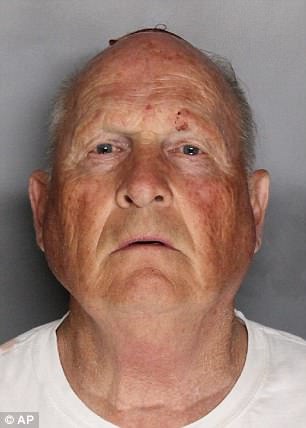 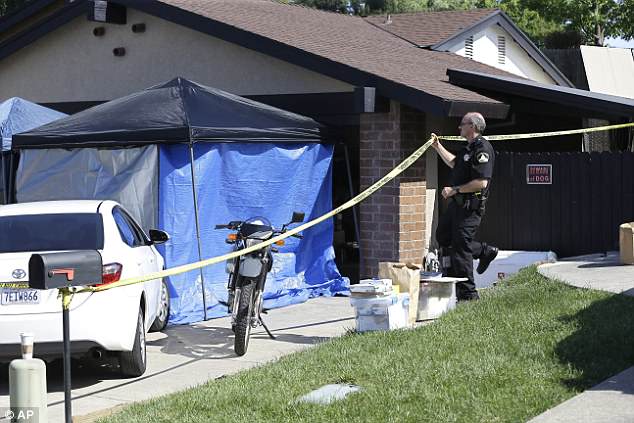 Haynes believes officers used the killer’s DNA to find a relative through ancestry websites before coming their family tree for possible IDs. From there, they collected a sample of DeAngelo’s DNA from his trash (home pictured), before matching to the the killer

Officers could then have established that ancestor’s family tree before looking through it to find likely suspects.

It would then have been a case of matching a sample of that suspect’s DNA, which officers said they collected from DeAngelo’s trash, to the samples they already had from the killer. 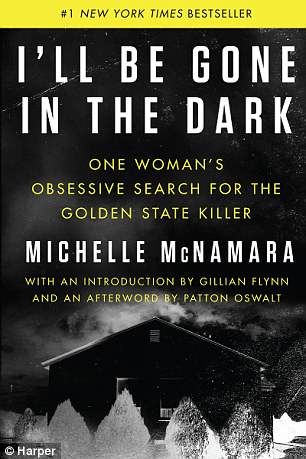 Haynes spent four years as lead researcher for Michelle McNamara, who was completing this book on the killer when she died of an accidental overdose in 2016

Police have been in possession of the killer’s DNA for decades, having collected it from his crime scenes, but it did not mach with an identity in any of their databases.

However, Haynes was keen to stress that his theory is only an educated guess, and he is also eager for police to reveal how they really did it.

Reacting to the news of DeAngelo’s arrest, Haynes said he is ‘exhilarated’, even though the name was not on any of the lists of suspects he drew up.

‘I knew that would be the case,’ he said, ‘somebody on nobody’s radar who I never would have found.’

Their research was to be used for a book that McNamara was in the process of finishing when she died of an accidental drug overdose in April 2016.

Oswalt, Haynes, and another researcher called Billy Jenkins, published I’ll Be Gone In The Dark posthumously in February this year, two months before DeAngelo’s arrest.

By sheer coincidence, the trio gathered in Illinois on Tuesday night to celebrate the book, just hours before DeAngelo was taken into custody.

Haynes added: ‘I’m just so sad that Michelle wasn’t here to see this.’

DeAnglo has so far been charged with six counts of murder. Overall, the Golden State Killer was said to be responsible for 12 murders and more than 50 rapes from the late 70s until the mid-80s. 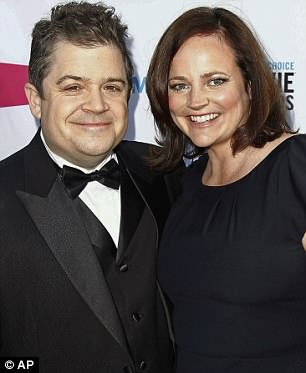 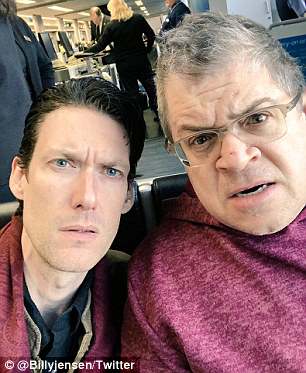 Patton Oswalt, Michelle’s husband (together left in 2012), published her work posthumously in February this year with the help of Haynes and researcher Billy Jenkins (right, with Oswalt)

Oswalt paid a final tribute to his late wife on Wednesday night after DeAngelo was behind bars.

The award-winning comedian appeared on ‘Late Night with Seth Meyers’ to discuss details that led to the arrest of the infamous murderer.

‘Her book and the article that led to the book really amped up of the interest in the case, and really put a lot of focus on this, not to discredit the work that the police and the lab technicians did, but it is this – it was like, it was her dream,’ Oswalt told Meyers.

‘So I basically begged [Jensen and Haynes] and the publishers to find a way to – and they were the ones who found a way to finish it, and put it together.’

After news broke of the arrest on Wednesday morning, Oswalt tweeted: ‘I hope you got him, Michelle. I hope THEY got him.’

Oswalt added that he’d like some answers from the famous killer that his late wife always wanted to know.

‘If they’ve really caught the #GoldenStateKiller I hope I get to visit him. Not to gloat or gawk – to ask him the questions that @TrueCrimeDiary wanted answered in her ‘Letter To An Old Man’ at the end of #IllBeGoneInTheDark,’ he tweeted.