Did Leonardo da Vinci have ADHD?

Leonardo da Vinci’s inability to finish some of his masterpieces, including the Mona Lisa, may be because he suffered from a common modern affliction – ADHD.

Attention deficit hyperactivity disorder (ADHD) is a behavioural condition which leads to erratic sleep patterns and often results in being unable to complete a task.

Professor Marco Catani, of Kings College London, reviewed tales and anecdotes about the Renaissance Master’s life and behaviour before he made his conclusion.

Other symptoms of the disorder include a wandering mind and a restlessness of the body.

Psychiatrist Professor Marco Catani, of Kings College London, reviewed extensive tales and anecdotes about the life of Leonardo daVinci (pictured) and assessed his symptoms before making his conclusion

The Italian Renaissance legend produced some of the world’s most iconic and enduring art – but historical accounts show he struggled to finish his works.

Professor Catani said: ‘While impossible to make a post-mortem diagnosis for someone who lived 500 years ago, I am confident ADHD is the most convincing and scientifically plausible hypothesis to explain Leonardo’s difficulty in finishing his works.

‘ADHD could explain aspects of Leonardo’s temperament and his strange mercurial genius.’

The Mona Lisa was painted between 1503 and 1519, the year of his death, but never fully completed and ADHD is now being touted as a possible explanation.

It would add Leonardo to an extensive list of people with the disorder, which includes people of all ages, races and backgrounds.

Leonardo’s difficulties with sticking to tasks were evident from childhood, the study revealed.

Accounts from biographers and contemporaries show he was constantly on the go, often jumping from task to task.

He is believed to have slept very little and often worked through the night while alternating rapid cycles of short naps to get sufficient rest.

WHO WAS LEONARDO DA VINCI?

He has been attributed with the development of the parachute, helicopter and tank.

After being born out of wedlock the visionary he worked in Milan, Rome, Bologna and Venice.

His most recognisable works include the Mona Lisa, the Last Supper, Vitruvian Man.

Another piece of artwork, dubbed the Salvator Mundi, sold for a world record $450.3 million (£343 million) at a Christie’s auction in New York in 2017. 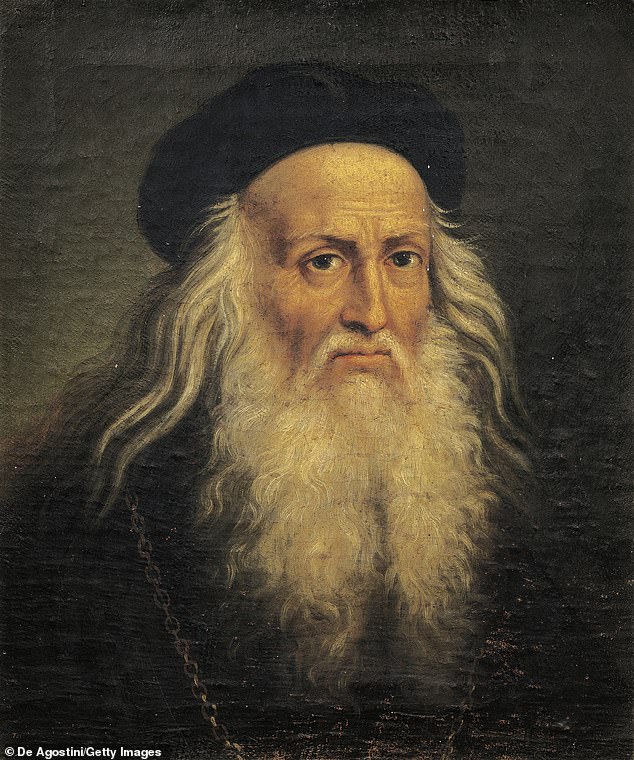 Reports of erratic behaviour include anecdotes from Pope Leone X, and have combined with indirect evidence suggesting Leonardo (pictured) was different to most people 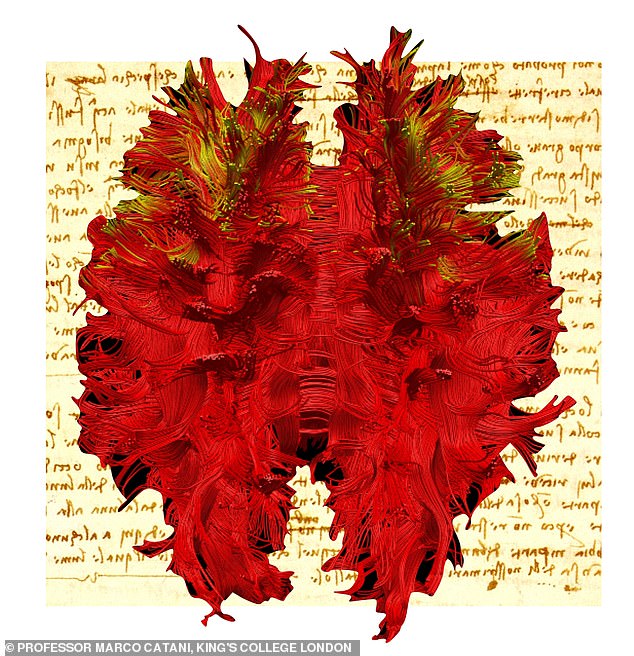 Reports of erratic behaviour include anecdotes from Pope Leone X, and have been combined with indirect evidence suggesting Leonardo’s brain was organised differently to the minds of most people.

He was left-handed and likely to be both dyslexic. He also had a dominance for language in the right-hand side of his brain, all of which are common among people with ADHD.

Perhaps the most distinctive and yet disruptive side of Leonardo’s mind was his voracious curiosity, which both propelled his creativity and also distracted him.

Professor Catani drew on historical accounts of Leonardo’s work practices and behaviour to back his theory.

As well as explaining his chronic procrastination, ADHD could have been a factor in da Vinci’s extraordinary creativity and achievements across the arts and sciences.

Writing in the journal Brain, Professor Catani said ADHD can have positive effects, for example mind-wandering can fuel creativity and originality.

But while beneficial in the initial stages of the creative process, the same traits may have been a hindrance as it distracted him before completion of his projects.

Professor Catani, who specialises in treating neurodevelopmental conditions like autism and ADHD, added: ‘There is a prevailing misconception ADHD is typical of misbehaving children with low intelligence, destined for a troubled life.

‘On the contrary, most of the adults I see in my clinic report having been bright, intuitive children but develop symptoms of anxiety and depression later in life for having failed to achieve their potential.

‘It is incredible that Leonardo considered himself as someone who had failed in life.

‘I hope the case of Leonardo shows ADHD is not linked to low IQ or lack of creativity but rather the difficulty of capitalising on natural talents.

‘I hope Leonardo’s legacy can help us to change some of the stigma around ADHD.’

The condition is linked to a lack of the brain chemical dopamine, which causes impaired executive functions.

Earlier this month, a team of Italian researchers put forward the idea da Vinci failed to finish the Mona Lisa after suffering nerve damage in a fall.

This gave him a ‘claw hand’, known medically as ulnar palsy, impeding his ability to paint in later life, they said.

They diagnosed it by analysing the depiction of his right hand in two artworks.

It had been suggested his hand impairment was caused by a stroke.

But in the Journal of the Royal Society of Medicine, the doctors suggested it was nerve damage that meant he could no longer hold a palette and brush.

THE MANY ACCOMPLISHMENTS OF LEONARDO DA VINCI

Leonardo da Vinci is best known for his stunning artwork but the Italian Renaissance painter had many talents.

The Mona Lisa is his most famous and most parodied portrait while his painting of The Last Supper is the most reproduced religious painting of all time.

Leonardo’s drawing of the Vitruvian Man is also regarded as a cultural icon – being reproduced on items as varied as the euro coin, textbooks, and T-shirts.

Only around fifteen of his paintings survive because of his constant, and frequently disastrous, experimentation with new techniques, and his chronic procrastination.

Leonardo is also revered for his technological ingenuity.

He conceptualised a helicopter, a tank, concentrated solar power, a calculator, and the double hull, also outlining a rudimentary theory of plate tectonics.

Relatively few of his designs were constructed or were even feasible during his lifetime, but some of his smaller inventions, such as an automated bobbin winder and a machine for testing the tensile strength of wire, entered the world of manufacturing unheralded.

He made important discoveries in anatomy, civil engineering, optics, and hydrodynamics, but he did not publish his findings and they had no direct influence on later science.