Did Maxwell con the queen? He was lauded by everyone from Reagan to Thatcher

FALL: THE MYSTERY OF ROBERT MAXWELL

There have been many books written about Robert Maxwell, but surely none as pacy, entertaining and jaw-dropping as this one.

The author of Fall, John Preston, is also a novelist: he brings those talents to bear on a person whose entire life was outrageous invention, displaying on a vast canvas the path of the anti-hero set out by dramatists since the dawn of literature: hubris followed by nemesis.

No great drama is complete without relieving humour. In this, too, Preston delivers, even in the chapter covering Maxwell’s still mysterious death. (Did he fall from his yacht, or did he jump, as an act of suicide?)

John Preston has written a jaw-dropping biography about Robert Maxwell who mysteriously died offshore the Canary Islands. Pictured: Robert Maxwell on board his yacht

Preston managed to speak to the photographer Ken Lennox who, in November 1991, had accompanied Maxwell’s widow Betty as she flew out to identify the plutocrat’s 22st body, rescued from the waters offshore the Canary Islands, and then flying with her to its final resting place.

A passage of the blackest comedy ensues, as the extra-large coffin proves almost impossible to squeeze into a specially-adapted private jet. Eventually the task is done, but only by wedging the coffin at a 45 degree angle.

Lennox recalls that over a restorative glass of whisky, Betty asked him an unexpected question: ‘Ken, do you think that Bob is standing on his head or his feet?’ ‘“Well, Betty”, I told her, “he always landed on his feet before, so I guess that’s how he is now.” ’

This was days before it emerged that Maxwell had pilfered the Mirror Group pension fund of hundreds of millions of pounds in a fraudulent attempt to fend off bankers calling in massive debts which he had no means to repay. The pensioners certainly didn’t land on their feet.

Preston also managed to speak to a number of Maxwell’s children, and from his son Ian gets a sublimely surreal account of an encounter between the Queen and a former Japanese war criminal and associate of Maxwell, called Ryoichi Sasakawa.

This man, who donated £2 million to the NSPCC (its Royal patron at the time was Princess Margaret), had been in the 1940s the leader of a Japanese Hitler-worshipping group of fascists. Anyway, through Maxwell’s efforts, Sasakawa had got an invitation to one of the Queen’s Buckingham Palace garden parties. Ian accompanied him to the event.

But when presented to Her Majesty, Sasakawa — in ancient Japanese formal dress — ‘fell to the ground and started emitting a high-pitched wailing sound’. 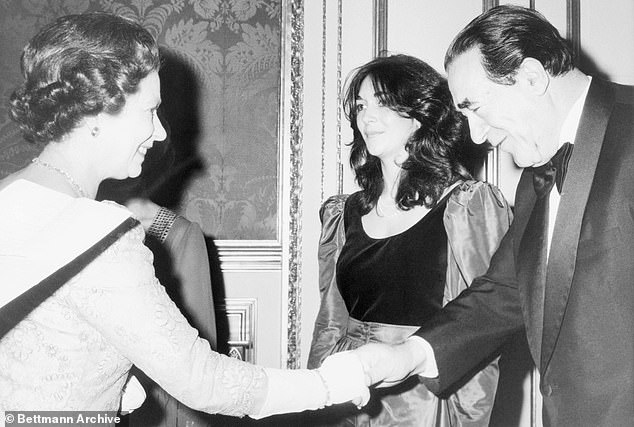 Maxwell’s son Ian told the Queen that he thought his father’s bid for the Mirror would succeed. Robert Maxwell is pictured (right) with the Queen (left) and his daughter Ghislaine Maxwell (centre) in 1983

Her Majesty said: ‘What have we here?’ at which point Maxwell Jr explained that it was a Japanese custom, when presented to royalty, to disport in such a manner. On his account, the Queen expertly changed the subject and asked: ‘How’s it going with the Mirror?’ At that point Maxwell was bidding for it, and Ian told the monarch he thought his father’s bid would succeed. According to him, the Queen replied: ‘I do hope so.’ Was she, too, taken in?

In fact, the Queen is almost the only person of global significance who does not appear in this book paying personal homage to Maxwell during his pomp as a global publishing magnate. Perhaps the most astonishing example is Preston’s description of Maxwell’s 65th birthday party in June 1988 at his Oxford mansion Headington Hill Hall (which he rented from the local council).

The Band of the Coldstream Guards marched across the lawn. Robert and Betty Maxwell made their entrance to a fanfare from herald trumpeters. Telegrams of congratulations from President Reagan and Prime Minister Thatcher were read out. The Labour leader Neil Kinnock — who felt obliged to attend such parties, as Maxwell was a long-time Labour Party supporter and former Labour MP — declared: ‘If Bob Maxwell didn’t exist, no one could invent him’ and went on to pay tribute to the birthday boy’s ‘basic convictions of liberty and fairness’. 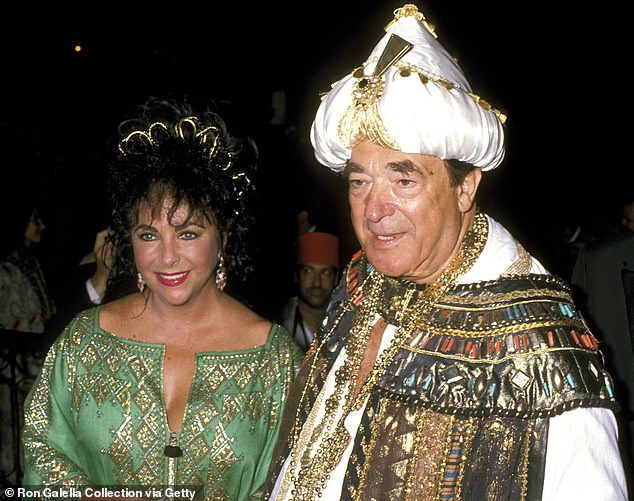 Almost all of Maxwell’s family were exterminated at Auschwitz, but he escaped and joined the resistance. Pictured: Elizabeth Taylor and Maxwell

Later that evening, Maxwell left the guests to take a congratulatory call from the Soviet Union’s then leader, Mikhail Gorbachev. What could possibly go wrong?

In fact, it was always known to those who had actually dealt with this monstrous man. My father, when an undergraduate, had found holiday employment working for one of Maxwell’s very first businesses, a book wholesaler called Simpkin Marshall, which ‘Captain Bob’ acquired in 1951.

My father was shocked to discover that the firm was selling faulty school textbooks, rejected in this country, in bulk to Africa. When he remonstrated with Maxwell, the emergent tycoon said if he didn’t like it, he could leave. He did. 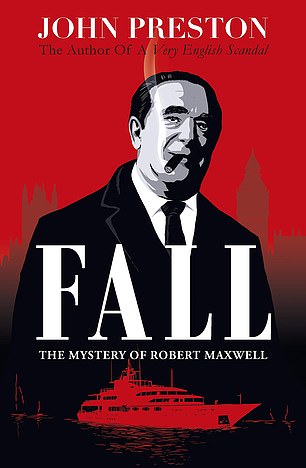 But one strength of Preston’s book is that it doesn’t present Maxwell merely as a villain. It emphasises the suffering he endured as a young man, when almost his entire family had been exterminated at Auschwitz (Maxwell, then a Czech named Jan Ludvik Hoch, had escaped and joined the resistance).

Preston recounts how one night Ian Maxwell walked into his father’s bedroom at Headington Hill Hall to find him bending down in front of his vast television, his nose almost touching the screen. It was a documentary showing footage of Jews arriving at Auschwitz, to be divided into two groups — those deemed fit for slave labour, and those sent straight to the gas chambers.

Ian asked: ‘What are you doing?’ His father stood up and said: ‘I’m looking to see if I can spot my parents.’

Yes, this is quite a book.