Did Sergio Ramos’s roughing up of Loris Karius lead to the Liverpool No 1’s horror show?

Did Sergio Ramos’s roughing up of Loris Karius lead to the Liverpool No 1’s horror show in Kiev? Real Madrid’s captain elbowed the keeper just one minute before his first error

Loris Karius endured a nightmare evening on Saturday by gifting two goals to Real Madrid as Liverpool were beaten 3-1 in the Champions League final.

The goalkeeper served up Madrid’s opener on a silver platter by throwing the ball directly into Karim Benzema’s path before making a hash of Gareth Bale’s shot to seal Liverpool’s defeat.

But a closer look at the moments leading up to Karius’ first mistake suggests the German may have been left dazed by a challenge from Sergio Ramos. 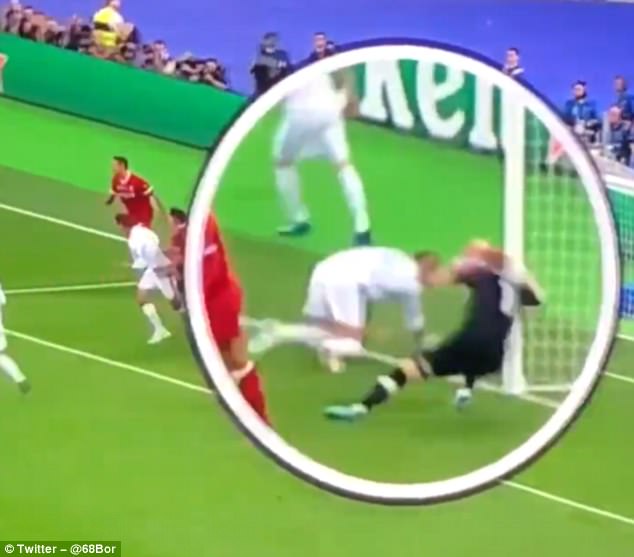 In the 49th minute of the final and with the score still goalless, Ramos made a run into Liverpool’s six-yard box in anticipation for a cut-back from Karim Benzema.

But while the cross is deflected out of harm’s way, Ramos still charges towards the goal and appears to catch Karius with a flailing elbow that floors the Liverpool No 1.

Karius protested with referee Milorad Mazic after the incident to suggest Ramos elbowed him but his appeals fell on deaf ears and the Spaniard escaped unpunished.

Shortly after Karius makes the first of his two disastrous mistakes, throwing the ball directly into Benzema allowing the striker to poke home in the 50th minute. 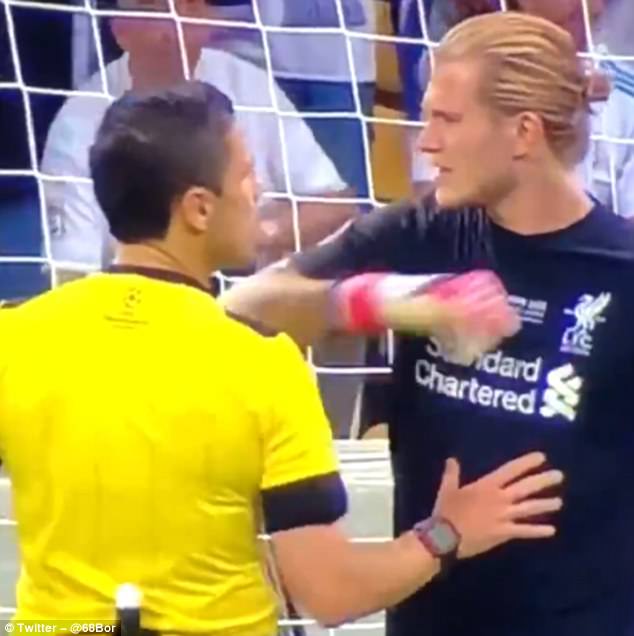 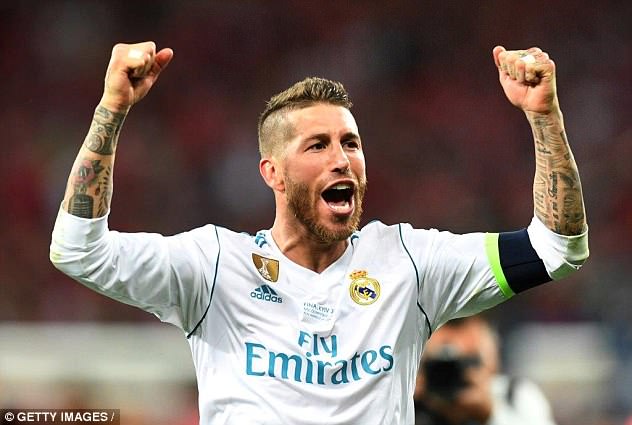 A speculative shot from the Welshman was heading comfortably into Karius’ gloves but the keeper inexplicably parried into his own net to end hopes of a Liverpool fightback.

Karius was tearful after the match and went over to Liverpool’s travelling support to apologise for his performance at Kiev’s Olympic Stadium. 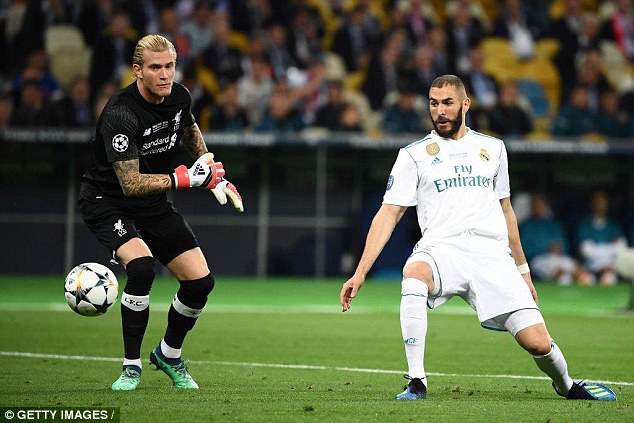 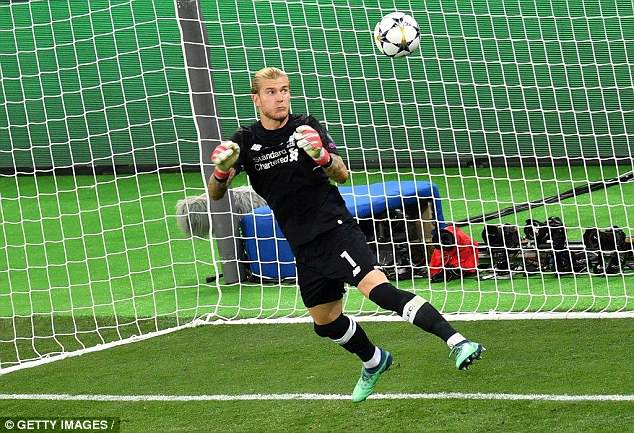 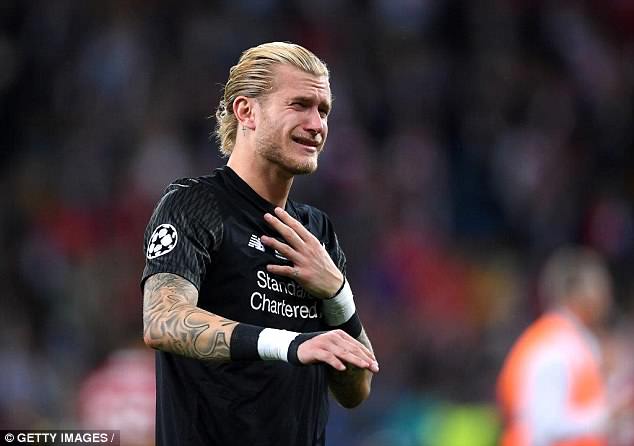 Ramos was involved in another pivotal moment in the match, when his clumsy challenge on Mohamed Salah saw the Liverpool talisman forced off midway through the first half.

The Madrid skipper has a long and chequered history of disciplinary issues and earlier this season broke La Liga’s record for red cards earned during his career.

Twitter branded Karius’ error for Benzema’s first as the ‘stupidest goal ever’ with Gary Lineker and Rio Ferdinand among the pundits to criticise his display.