A tip-off to police that a serial killer could have been responsible for the cold case murder of a sex worker whose body was found in an abandoned mine shaft was largely ignored by detectives.

Adele Bailey’s body was found by two men exploring the ‘Jack of Clubs’ mineshaft in Bonnie Doone, Victoria, in 1995 after she disappeared 17 years earlier.

She had worked as a prostitute in St Kilda where she met now 68-year-old Bandali ‘Ben’ Debs who years later would be jailed for the murders of two other sex workers and two Victoria Police officers who unwittingly pulled him over.

Detectives tasked with the investigation under Operation Kale identified alleged corrupt cop Denis Tanner as a prime suspect who had arrested Ms Bailey in a sex worker crackdown a few months prior to her September 1978 disappearance.

Detectives visiting the mineshaft in 1995 noted it was located near to a property owned by the Tanner family and where Mr Tanner’s sister-in-law was found dead in suspected foul play in 1984.

No arrests have been made over either woman’s death, with a coroner finding in 1999 that Operation Kale’s evidence could not establish a link between Mr Tanner and Ms Bailey’s killing.

But so-called ‘information reports’ uncovered by The Herald Sun have now revealed a subsequent investigation into the two deaths, dubbed Operation Trencher, found that a tip-off implicating Debs in Ms Bailey’s death was not followed up on.

A friend of Ms Bailey’s, who is anonymous but the newspaper has called Marion King, phoned police on September 6 and 7 in 1995 after the body was found.

She said that she had briefly lived with Ms Bailey and that they both knew a man called ‘Joe’, but who she now realised was Debs.

‘Adele may have been involved in a relationship with a person called ‘Joe’ who she believed to be Bendalli Michael Debb (sic) or similar, then aged in his mid-20s (sic),’ a note in Operation Kale’s files read. 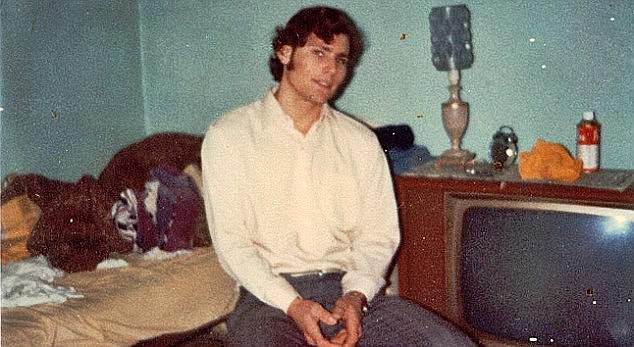 A young Bandali Debs, who police and the courts have no doubt murdered Sergeant Gary Silk and Senior Constable Rodney Miller

Operation Trencher detectives tracked down Ms King and interviewed her.

She revealed she had met ‘Joe’ in the late seventies after she moved from New Zealand and lived with Ms Bailey in the Melbourne suburb of Elwood.

‘I think she had a physical relationship with Joe because of the way they acted together, but I don’t know for sure,’ she told detectives, reports the newspaper.

Ms King claimed he was ‘getting about a bit’ and was also seeing a ‘drag queen’ called Marsha and another trans woman known as Jedda.

She told detectives that when she moved from Elwood and rented an apartment by herself in Prahran, that Debs moved in uninvited.

While there, she alleged to detectives he had raped her one night after threatening her with a razor and that, on another occasion, he had shot someone ‘point blank’ in the head, bundled the body in his blue van and drove away.

That claim was investigated by detectives but they were unable to identify a victim.

After Debs, who had been a prolific armed robber, was arrested in 2000 for shooting two police officers who had unwittingly pulled him over, she said she saw him in the newspaper and told Trencher detectives she believed he and Joe were the same person.

She said while she did not have information directly linking him to Ms Bailey’s murder, she phoned police because she claimed the two had been close and she had allegedly seen him kill someone else.

She also warned police she feared he would not hesitate to shoot if cornered.

As well as the murders of the two police officers, Sergeant Gary Silk and Senior Constable Rodney Miller, he shot two sex workers – Donna Hicks in 1995 and Kristy Harty in 1997. 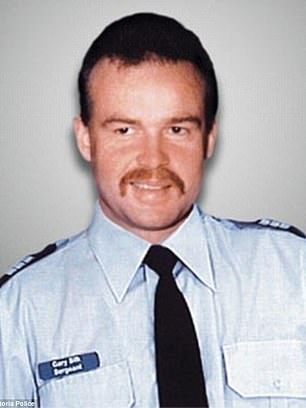 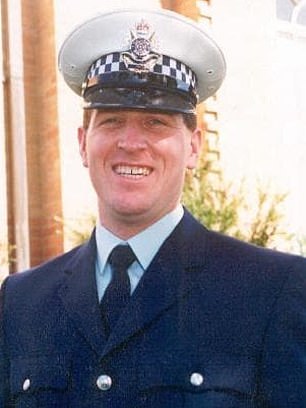 Sergeant Gary Silk (left) and Senior Constable Rodney Miller (right) were killed while on duty, investigating a series of robberies in the Melbourne suburb of Moorabbin

At a 2002 trial into the shooting of the police officer’s, who were staking out an armed robbery target in Moorabbin, it was argued there were two killers – Bandali Debs and his criminal sidekick, 22-year-old Jason Roberts.

Victoria’s Court of Appeal in July quashed Roberts’ conviction, finding there had been a ‘gross and fundamental corruption of the trial process’.

After a retrial involving four months of evidence and days of deliberations, the jury found Roberts not guilty of both murders.

The 41-year-old is still a convicted man, though, and is yet to be sentenced after he pleaded guilty to committing 10 armed robberies with Debs, his then-girlfriend’s father, in the 1990s.

He was granted a retrial when ex-homicide squad detective Ron Iddles was handed an original statement – buried for 19 years – that showed police had omitted crucial evidence in their original case against him. 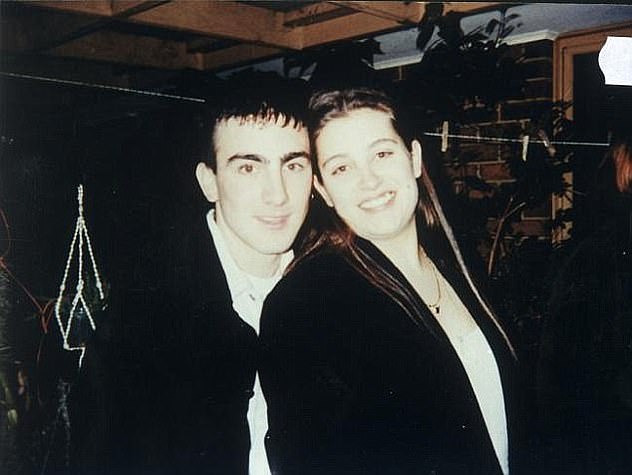 That statement had been uncovered by Melbourne crime reporter Anthony Dowsley and could lead to Roberts suing the state of Victoria for his two decades behind bars.

The jury’s verdict was met with overwhelming sadness within the policing community, Police Association secretary Wayne Gatt said, and the families of Sgt Silk and Sen Const Miller were devastated.

‘We are enormously grateful to the detectives of the Lorimer Taskforce whose dedication and professionalism has been outstanding,’ they said in a statement.

‘Their commitment over the 24 years since Gary and Rod were murdered has been an inspiration.’ 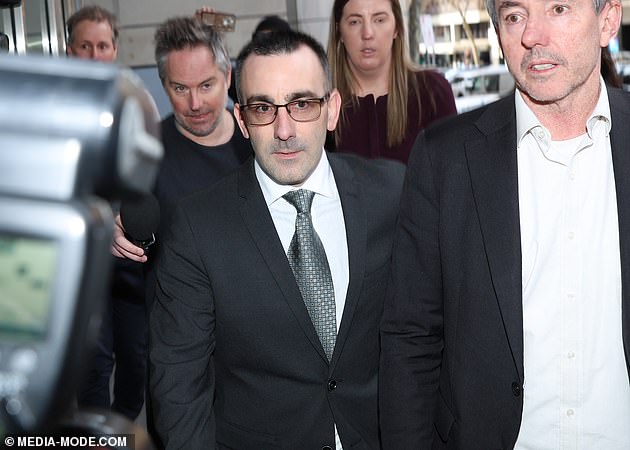 Chief Commissioner Shane Patton, who knew Sgt Silk professionally and socially, and who had been on jobs with Sen Const Miller, said the jury’s decision was disappointing.

The retrial had been granted by the Court of Appeal after Mr Iddles found in 2015 the original statement made by one of the last officers to speak to the dying Miller that night was never included in the brief of evidence used to convict Roberts.

Instead, a second amended statement taken at a later date was used.

Debs has admitted to killing the two officers but Roberts, who was aged 17, claims he was not even there.