Sean ‘Diddy’ Combs has held a private memorial for his longtime ex-girlfriend and the mother of his children in Los Angeles after she died unexpectedly last week.

The memorial in honor of Kim Porter was held at Diddy’s Bel-Air home on Sunday.

Diddy’s mansion was filled with candles and photos of the former model and actress as more than 100 people came to pay their respects.

French Montana, Mary J. Blige and Pharrell were among those who attended the memorial, TMZ reports.

Her funeral will be held Saturday in Columbus, Georgia, where she was raised, according to TMZ.

Sources say that on Friday mourners with gather for a dinner and there will be an additional event on Sunday after Saturday’s funeral.

Diddy reportedly wants an extravagant ceremony and Kim’s casket is due to travel by horse-drawn carriage. Celebrity Pastor T.D. Jakes will conduct the service.

Sean ‘Diddy’ Combs held a private memorial for his longtime ex-girlfriend and the mother of his children, Kim Porter, in Los Angeles after she died unexpectedly last week 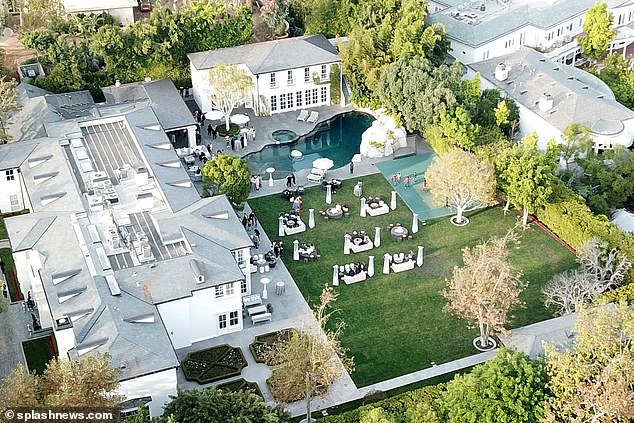 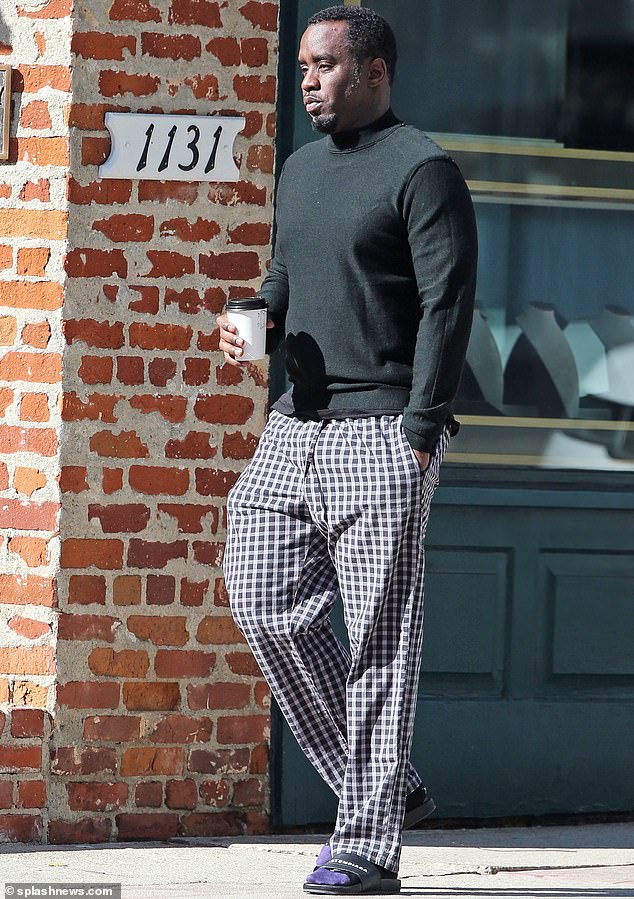 The memorial for the 47-year-old came as Diddy broke his silence by paying tribute to Porter in a series of social media posts.

Porter died unexpectedly at her Los Angeles home on Thursday at age 47.

Authorities have not yet released her cause of death.

Diddy had remained silent about her death until Sunday when he described them as being ‘more than soul mates’.

‘For the last three days I’ve been trying to wake up out of this nightmare,’ Diddy said in a tweet that included a video of him cuddling up to a pregnant Porter.

‘But I haven’t. I don’t know what I’m going to do without you baby. I miss you so much. Today I’m going to pay tribute to you, I’m going to try and find the words to explain our unexplainable relationship.’ 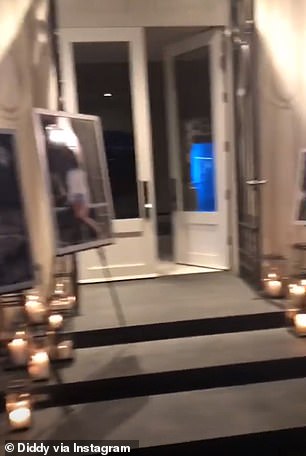 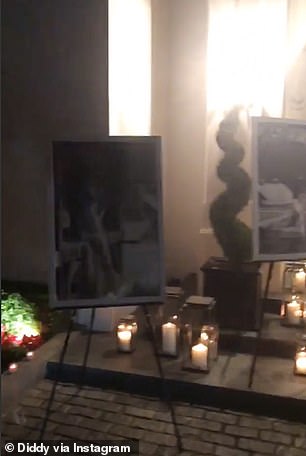 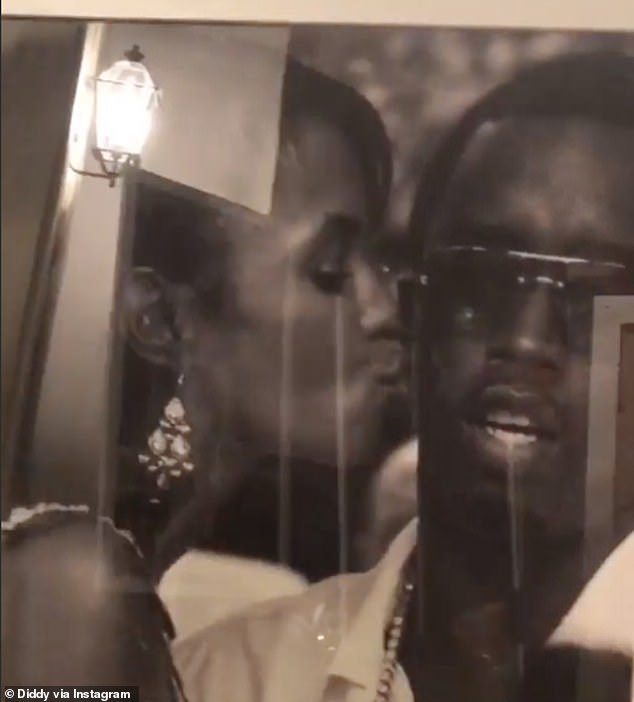 His home was filled with pictures of the former couple. They were together with occasional breaks from 1994 until 2007 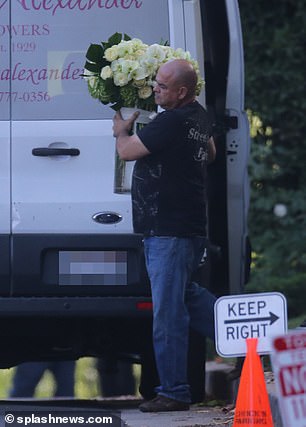 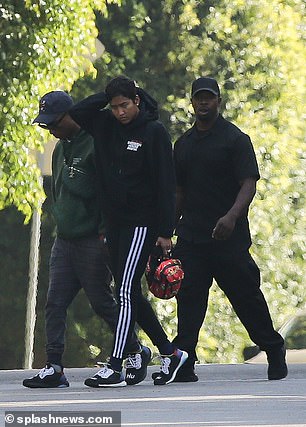 Porter and Diddy were together with occasional breaks from 1994 until 2007.

Together they have a 20-year-old son, Christian, and 11-year-old twin daughters, D’Lila Star and Jessie James.

He also has three children from other relationships.

Porter also has a 27-year-old son, Quincy Brown, from a previous relationship with recording artist Al B. Sure!, who was largely raised with Diddy. Brown, an actor, appears on the Fox TV series ‘Star.’

Quincy also paid tribute to his mother by posting a photo of him posing with her and his two half sisters.

‘I am broken … & the only thing that makes sense right now is that you were way too good for this silly world we live in. I love you so much MOMMY. Please give Mee-Maw the biggest hug and kiss for me,” he said. 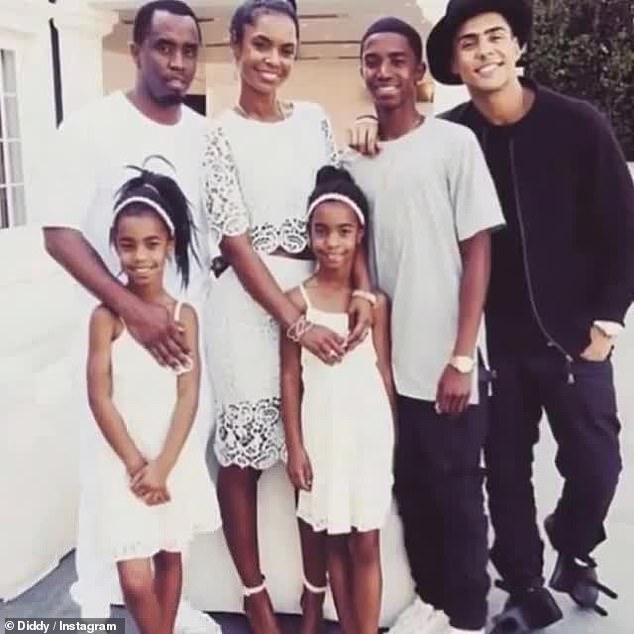 In paying tribute to the mother of his children, Diddy posted a photo of their family on Sunday saying: ‘I’ll raise our family just like you taught me to. Love you forever’ 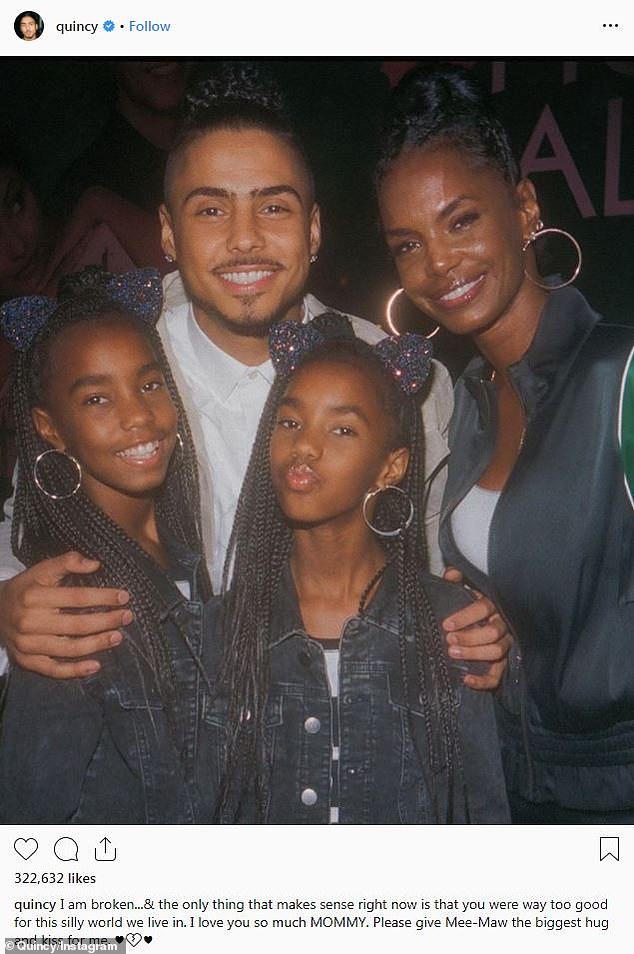 Quincy Brown, Porter’s son from a prior relationship, also paid tribute to his mother by posting a photo of him posing with her and his two half sisters

She was declared dead soon after they arrived.

Sources reported that Porter has been suffering from the flu, which turned into pneumonia.

Porter’s close friend, Kimora Lee Simmons, 43, was seen sobbing outside the house as her body was removed by the coroner.

Among the celebrities to pay tribute to Porter on social media following her death was Rihanna, who wrote: ‘This is heavy. heartbroken about this man. we lost a real one today, beautiful inside and out. so many will be affected by this, some won’t even know why…but the whole world was graced by the vibrance in your spirit.’