Sean ‘Diddy’ Combs was so into his phone, it sent him into a depression.

The veteran rapper opened up to GQ Monday about his past addiction to his digital device, how he’s dealt with the death of his friend Biggie Smalls in the 21 years since, how he views himself in relation to the world and his plans for an app that would help locate black-owned businesses.

Diddy, 48, told the publication that in late 2015, he was feeling ‘far away from God’ due to the obsession he’d developed with his wireless device, and took a retreat to Sedona, Arizona to cleanse his mental palate. 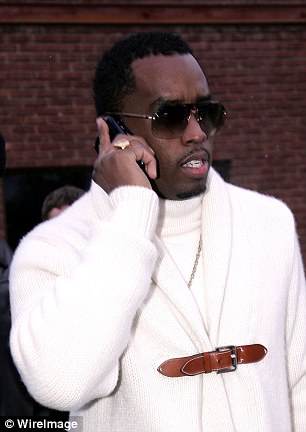 Revelation: Sean ‘Diddy’ Combs, 48, told GQ that in late 2015, he was feeling ‘far away from God’ due to the obsession he’d developed with his phone, and took a retreat to Sedona, Arizona to deal with it

Diddy said his sojourn to the desert was effective and reinvigorated his musical creativity as he was hearing new songs streaming through his mind while in the Southwest.

‘I’m not 100 percent knowing how to come up with the sounds yet,’ he said of the process of converting his mental waves into chart-topping hits.

Asked about his longtime confidante Biggie Smalls – who was infamously gunned down in March 9, 1997, inspiring Diddy’s breakthrough hit I’ll Be Missing You, released less than three months later – Diddy admitted that while the pain remains raw, he hasn’t sought counseling for dealing with the lingering pain.

‘I haven’t dealt with any of that yet,’ said Diddy, who seeks to be referred to as Love moving forward. ‘I try to get into it, but … that’s something that just hurts so bad. That’s a time that’s still suppressed.’ 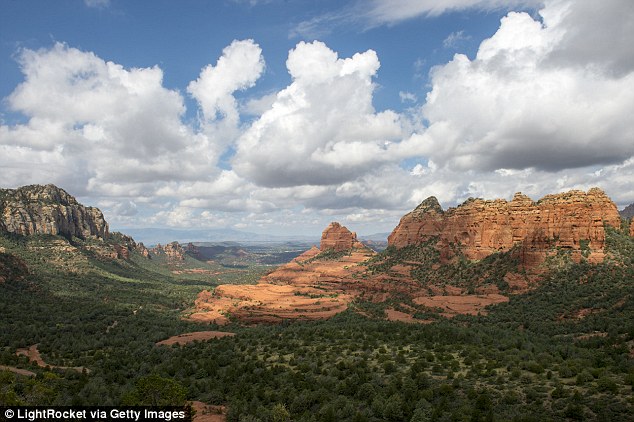 Taking a break: The singer in the fall of 2015 traveled to Sedona, Arizona to address his phone addiction 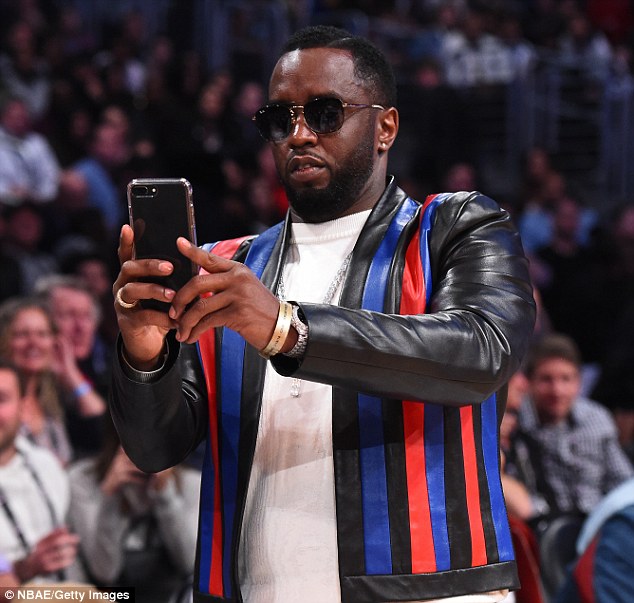 Courtside fun: Diddy was seen on his phone at the NBA All-Star Game last month in LA

The hip-hop impresario said that his gig as a panelist on Fox’s The Four personality was a natural to how he feels he’s seen by society.

‘I think I’ve developed a mentorship relationship with the world,’ Diddy said. ‘God sent me here to inspire.’

The musical artist said he strives ‘to be an authentic, unapologetic warrior for black culture and the culture of the street and how it moves,’ and talked of a business project he has in the works that would inform people where black-owned and black-friendly businesses. He said his main priority was ‘to change the narrative of the black race,’ as he said he ‘can’t relate to anything that isn’t about that.’

He made clear that his app wouldn’t be one of divisiveness and was not focused on ‘taking away from any other community,’ but rather ‘about blacks gaining economic power.

‘We’ll still go to Chinatown. We’ll still buy Gucci!’ he said. ‘But the application will make it possible for us to have an economic community.’ 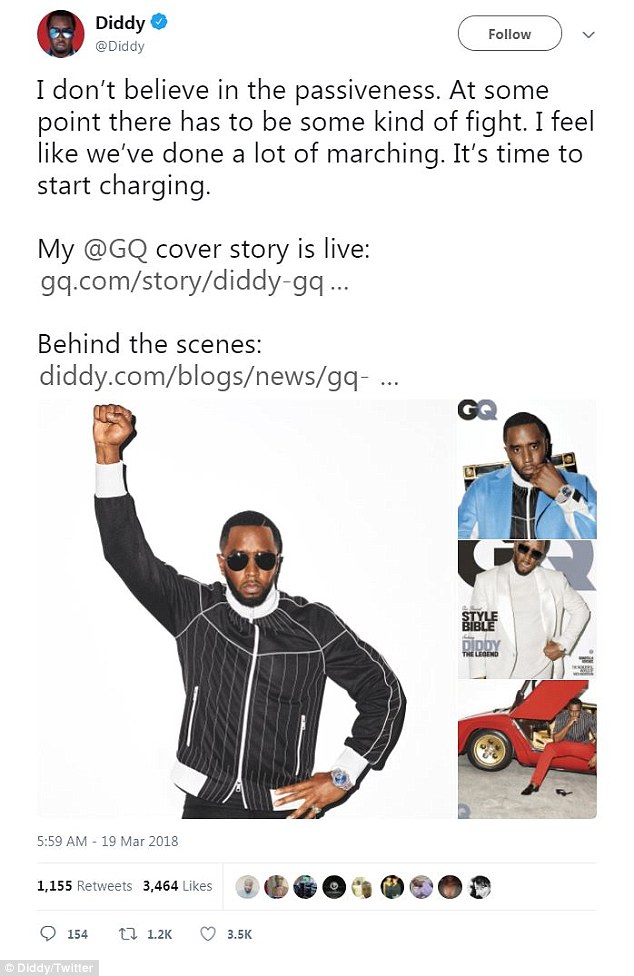 Impactful: The musical artist took to Twitter to promote the chat with the magazine