Kim Porter, the model and ex-girlfriend of Sean Combs, has been found dead.

Authorities arrived at Porter’s Los Angeles home around noon on Thursday receicing a call that someone was suffering cardiac arrest.

A source told TMZ that Porter, 47, had been suffering from pneumonia for several weeks.

Kim Porter, the model and ex-girlfriend of Sean Combs, was found dead in her Los Angeles home around noon on Thursday

The exact cause of death remains unclear.

Diddy’s representative confirmed Porter’s death and asked that the family be given ‘privacy at this time’.

Porter and Diddy dated for 13 years. They share three children together, twin girls Jessie James and D’Lila, 11, and 20-year-old Christian.

The model and actress also had a son, Quincy, from her relationship with R&B producer Al B. Sure!. 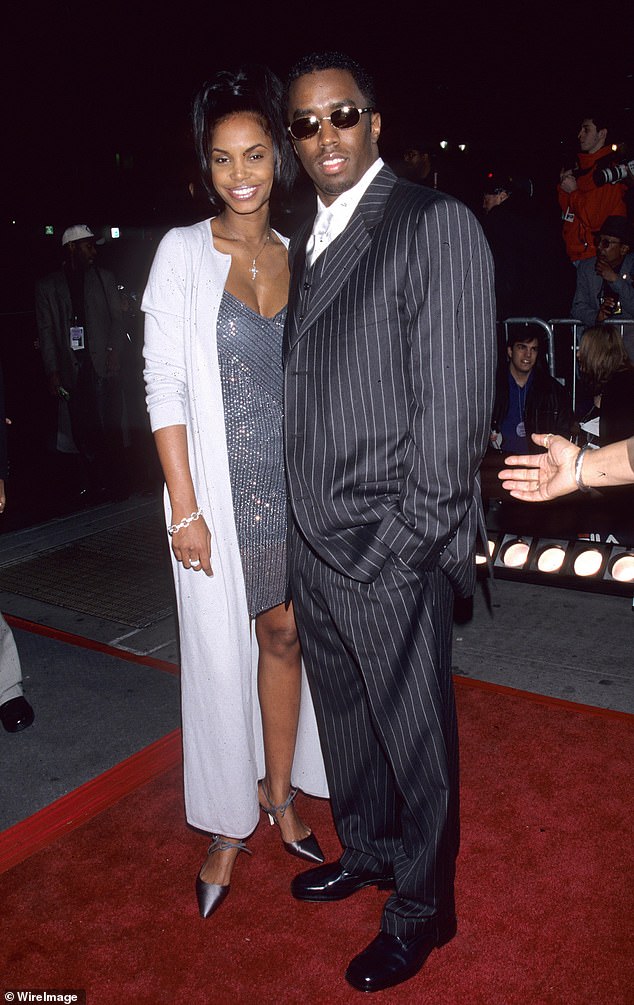 Porter and Diddy dated on and off for 13 years. They are pictured here at the 1999 Annual Essence Awards 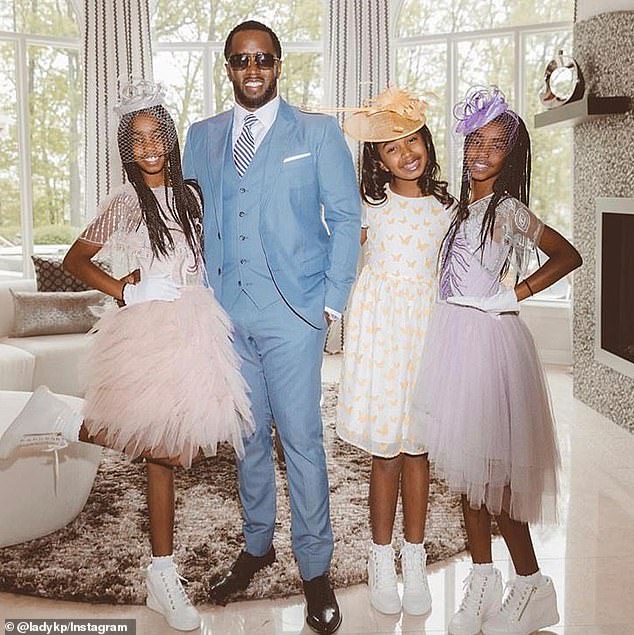 They share three children together, twin girls Jessie James and D’Lila, 11, and 20-year-old Christian. Pictured is Diddy with Jesse James, D’Lila, and his daughter Chance

Porter and Diddy were on and off for more than a decade, their dramatic splits and reconciliations frequently making national headlines.

Diddy first met Porter when he was an A&R executive in the early 1990s and it was love at first sight – at least for the future hitmaker.

Porter had been at the studio with her ex-boyfriend AI B. Sure when Diddy laid eyes on her.

‘I wasn’t trying to holler at her or anything, but I was admiring her – her lips, her eyes, her mouth, her shape, her energy,’ Diddy told Essence in 2006.

All the rapper could think was ‘I wish I had a girl like that’.

Porter would go on to work as a receptionist at Uptown Records. By 1994, she and Diddy were a couple – and they were inseparable. 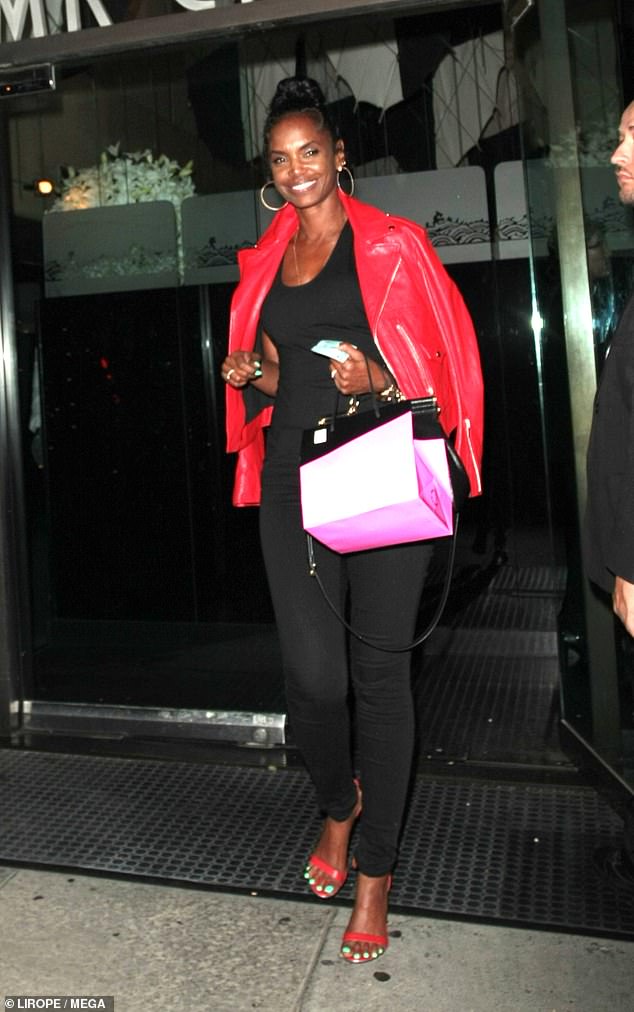 Authorities arrived at Porter’s Los Angeles home around noon on Thursday after receiving a call that someone was suffering cardiac arrest. Porter is pictured here in October

‘He would want me at the office. I would want him at my shoots. Our bond was so tight.’

Diddy, who hails from Harlem, was completely taken by how different Porter – a Columbus, Georgia native – seemed from the other girls he knew.

‘She wasn’t like a New York girl,’ he said. ‘She was Bohemian, mixed with Georgia-peach hospitality. I got the idea she’d like doing stuff like walking barefoot in the grass. I didn’t think I could get her to like me.’ 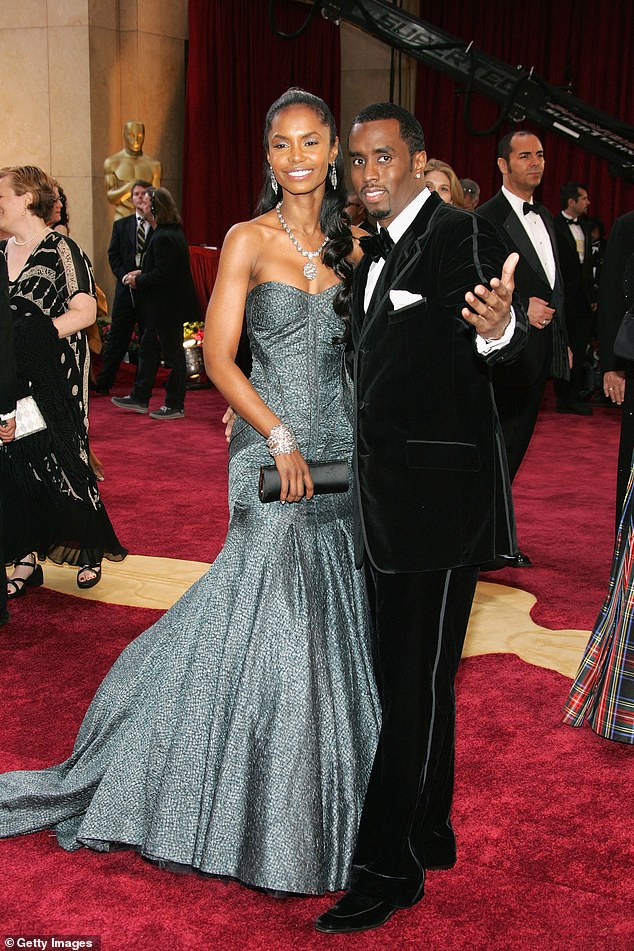 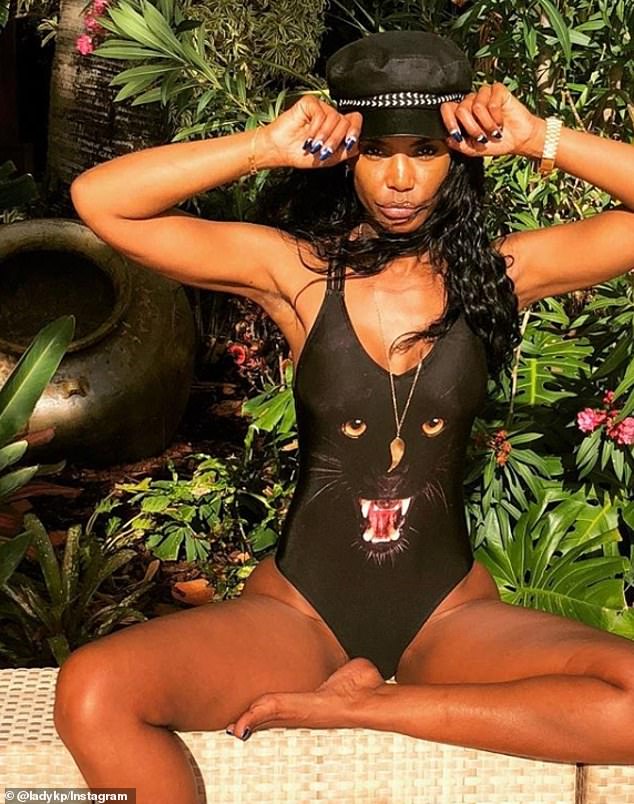 Diddy, who hails from Harlem, was completely taken by how different Porter – a Columbus, Georgia native – seemed from the other girls he knew when they first met

‘She was smooth, you know, like ice. She’s cool and collected and thinks before she speaks. You meet a lot of young ladies, and they just don’t do that.’

‘Kim was never pressed. She was always in control.’

But shortly after the birth of the couple’s first son, news hit that Diddy was dating Jennifer Lopez. Suddenly Porter’s name was all over the press.

‘Everywhere I went, people were asking, “Are you okay?”‘, Porter recalled at the time.

‘They were talking to me like I was really crushed. But I just had a baby. I couldn’t be somewhere in a corner heartbroken. I have kids. I’m a grown woman.’

Porter kicked Combs out of the house they shared and he went on to date Lopez for two years.

It wasn’t until Combs faced the possibility of jail, after he was charged with bribery and weapons possession – that he won Porter back again.

‘I think the threat of losing his freedom forced him to grow up and take responsibility for his actions,’ she said.

The couple seemed stronger than ever after they got back together, with Diddy once even declaring that Porter ‘completes me’ and that she was his ‘muse’.