Diego Costa appeared to take a parting swipe at his old boss Antonio Conte as he landed in Spain to sign for Atletico Madrid on Friday evening.

The Spain international travelled from his native Brazil, where he spent his summer away from Chelsea’s preparations for the Premier League season, to Spain in the late hours of Thursday evening.

It brought an end to a tumultuous period at Stamford Bridge, which escalated when Conte told Costa via text over the summer that he would no longer have a place in his first-team squad. 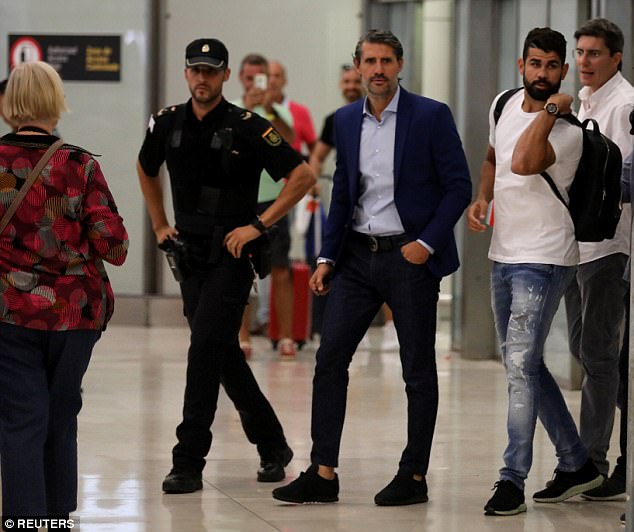 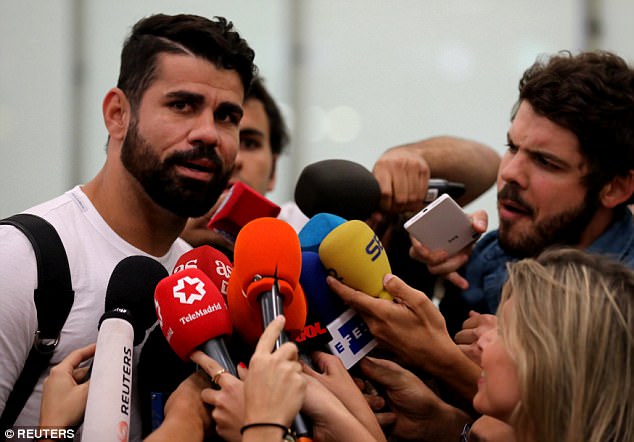 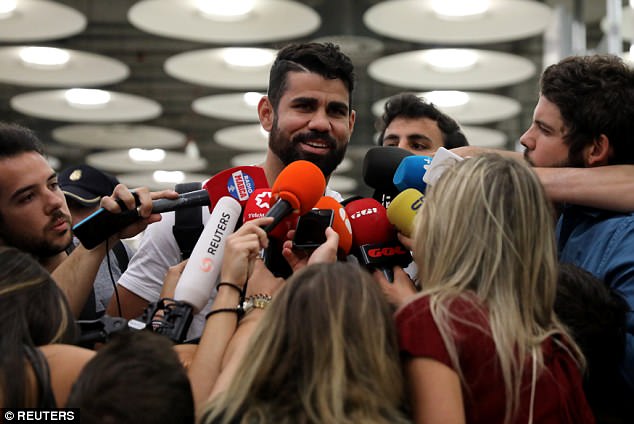 Asked if he had got his own way in his battle of wills with Chelsea this summer, Costa said: ‘No. I never wanted it to happen this way. I have a special affection for the people at Chelsea.

‘I’m not going to let the image of what I did at Chelsea be tainted by one person. To a certain extent they also made it easier because they were happy for me to leave.’

The departing Chelsea striker was forced to spend the summer in his hometown of Lagarto after Conte ordered him to stay away from his preparations. 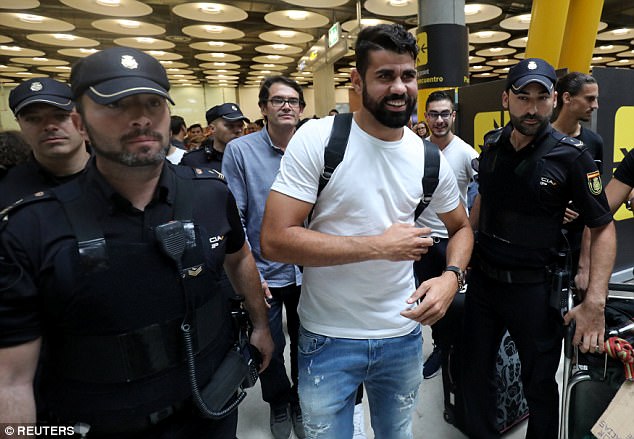 He was pictured playing football and working out in the gym during the summer and he shed some light on his physical condition.

Asked what kind of shape he was in after his long break in Brazil, Costa said: ‘Normal for someone who has been out of action for three months. I’ve done a little bit of training and I’m not as bad as some people are saying.’

Asked if he was afraid of getting on the scales, he joked: ‘No, I’m not afraid of the scales. Just the training sessions.’

Costa is due to appear in front of Atletico Madrid supporters at the club’s home game against Sevilla.

He added: ‘I think it dragged on for too long but in the end there was a happy ending and now I can start to train with my team-mates. I’m never going to be found wanting when it comes to desire to do well. Hopefully things will work out.’ 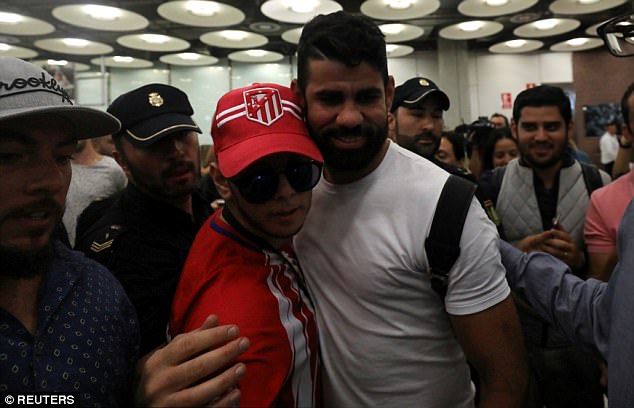