Diego Maradona forced to clarify his comments about Lionel Messi, after claiming the Argentina captain ‘has no personality’ and ‘lacks character’

Diego Maradona has been forced to clarify his controversial comments about Argentina captain Lionel Messi, after appearing to criticise the Barcelona forward’s leadership qualities.

In comments made to Brazilian icon Pele at a promotional match in Paris on Thursday, Maradona claimed that Messi lacked the necessary character lead his country at the Copa America Centenario.

‘He’s a really good person, but he has no personality,’ Maradona told Pele. ‘He lacks [the] character to be a leader.’ 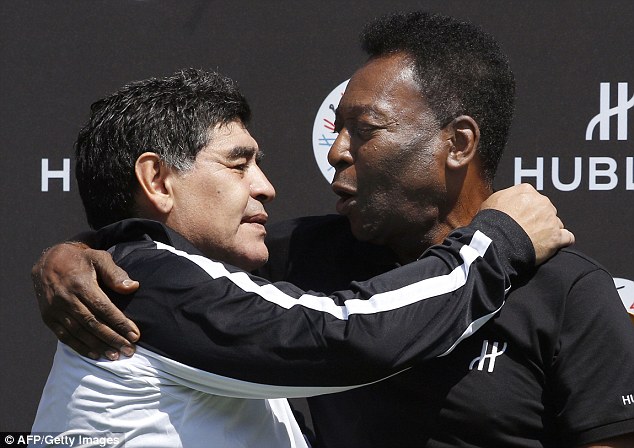 The flamboyant former Argentina captain and manager has since denied that he was criticising Messi but refused to retract his comments about the 28-year-old’s personality when questioned on Saturday.

‘But I do not want it to look like a criticism. It is not so. The boy they want as a leader and leaders are made alone.’

Maradona reaffirmed his belief that Messi would produce better performances for the two-time World Cup champions if he was no longer burdened by the pressure of captaincy. 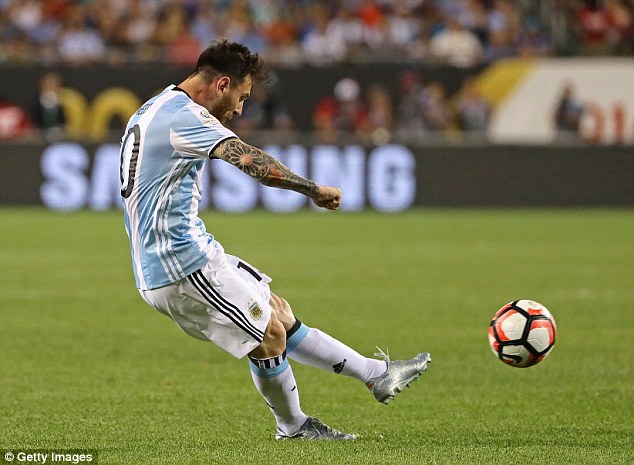 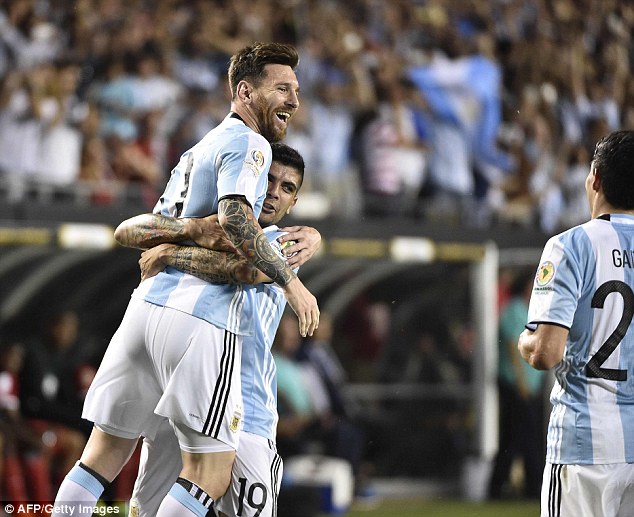 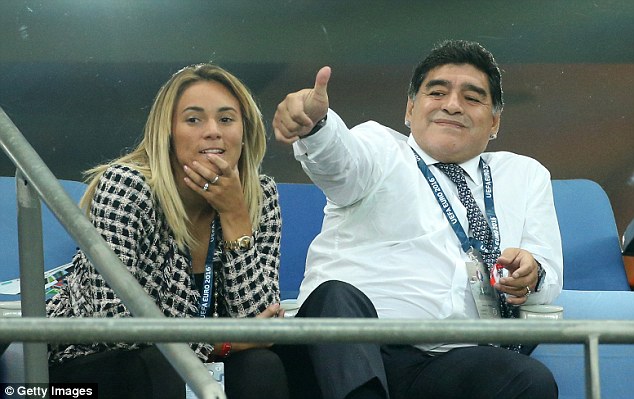 ‘If you demand Leo plays with his right [leg], he will play poorly. You have to let him play,’ added Maradona.

Messi, who has scored 53 goals in 109 appearances at international level, responded to Maradona’s comments by scoring a hat-trick as Argentina beat Panama 5-0 in the Copa America Centenario on Friday.

Gerardo Martino’s men have now secured their place in the competition’s quarter-finals and will next face Bolivia in their final group game on Tuesday.