Diego Maradona says he would have been ARRESTED if VAR existed when he scored ‘Hand of God’ goal against England at 1986 World Cup: ‘You can’t steal in front of 80,000 people’

Diego Maradona has admitted he would have been ‘arrested’ for his goal against England in 1986 if VAR had existed.

The iconic Argentinian midfielder famously punched the ball past Peter Shilton in the England net when the two sides met up at the quarter-final stage of the World Cup.

Maradona claimed he had headed the ball into the net and referee Ali Bin Nassar allowed the goal. 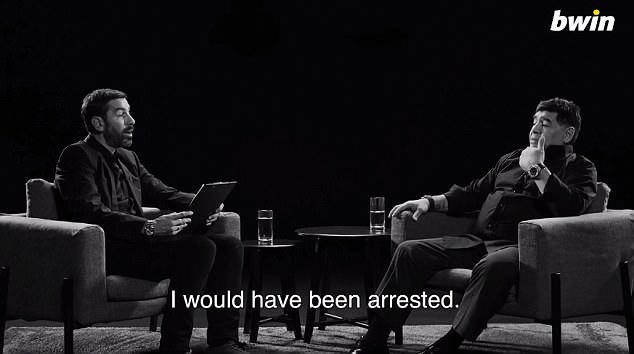 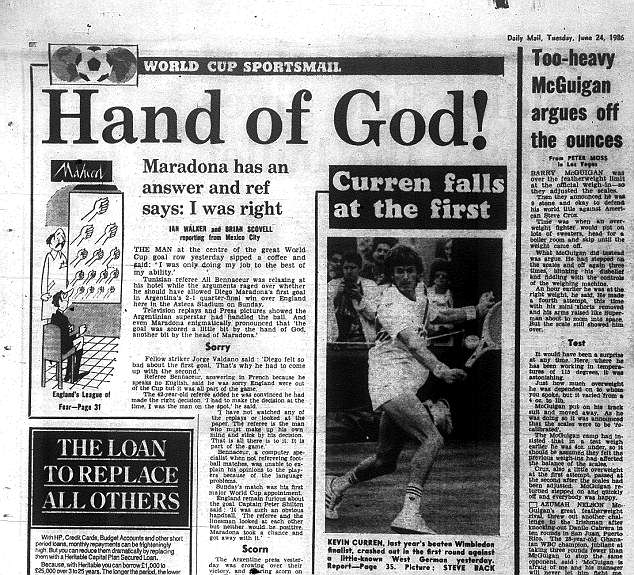 But he has now admitted that if modern video assistant referee technology had been around, his punishment would have been far more severe. 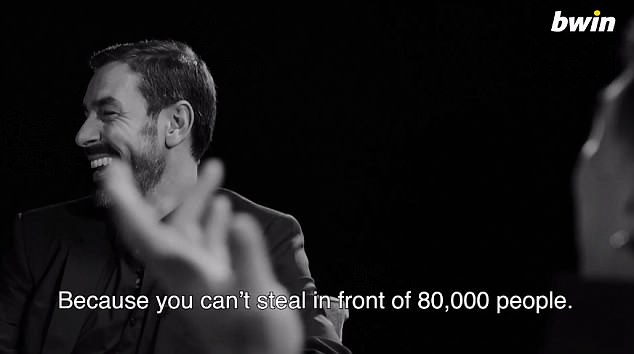 He says he would have been arrested as he had stolen in front of 80,000 people

Interviewing Maradona for Bwin, Robert Pires asked: ‘What do you think would have happened in the England vs Argentina match of ’86 if VAR had existed?’

‘I would have been arrested. Because you can’t steal in front of 80,000 people,’ Maradona joked.

Maradona raises his left fist in the air before saying ‘this one’. 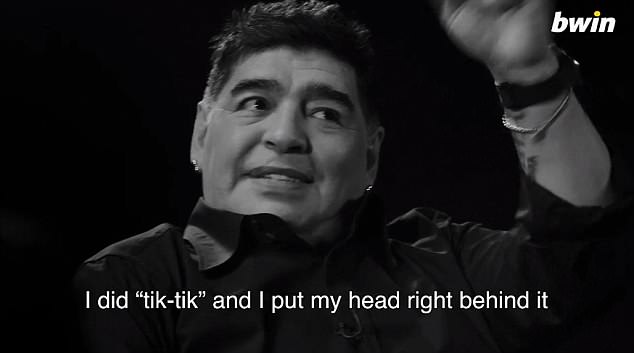