‘Like me he was trying to show his character’: Diego Simeone refuses to criticise Cristiano Ronaldo for imitating his ‘cojones’ celebration

Diego Simeone has refused to criticise Cristiano Ronaldo for grabbing his crotch area in front of the Atletico Madrid supporters, and imitating a ‘cojones’ celebration he did following the first-leg result.

Ronaldo was the star of the show and won the tie for Juventus with a sublime hat-trick, overturning a 2-0 deficit from the first encounter between the two sides in the Spanish capital.

After seeing his side score a late goal in the first-leg, Simeone had turned to the stands while grabbing his crotch area – a celebration he used to do during his playing days to reflect that his side had shown what they were made of. 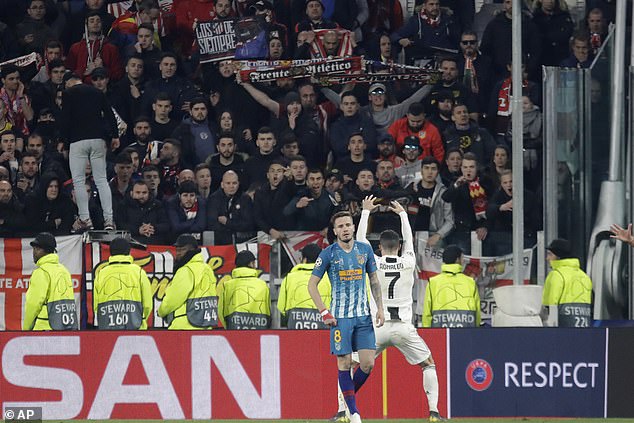 In retaliation, Ronaldo repeated the gesture once Juve were confirmed victors at the end of the frenetic second-leg encounter.

When asked about the incident afterwards in his post-match interview, Simeone simply replied: ‘He will have seen how I did it at the Wanda Metropolitano and, like me, was trying to show his character. 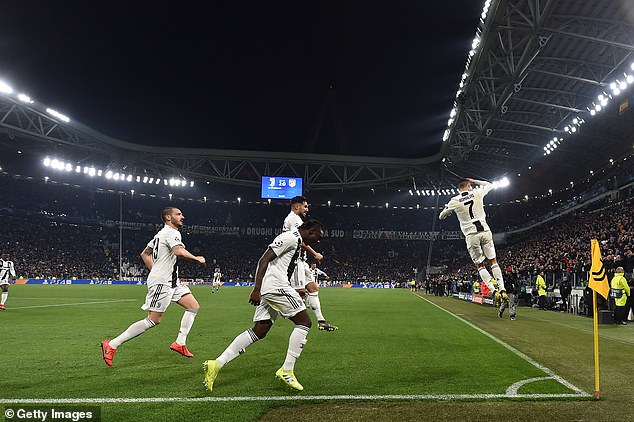 ‘Cristiano Ronaldo is the best in the world, he can put in these performances on big nights,’ Simeone added.

Simeone was charged by UEFA and fined £17,000 for his antics following the first leg.

It remains to be seen whether a similar course of action will be taken against Ronaldo.