‘Juve is not just Ronaldo’: Diego Simeone warns Atletico Madrid to be wary of Italian giants as Alvaro Morata jokingly flashes a middle finger at team-mate in training session ahead of Champions League showdown in Turin

Diego Simeone has fired a warning to his Atletico Madrid players as they trained in Turin on Monday night ahead of aiming to defend their first-leg advantage over Juventus.

Atleti looked in good spirits under the lights of the Juventus Stadium, with Alvaro Morata jokingly flashing a middle finger at a team-mate and Simeone showing off his own skills.

Diego Godin, who scored the crucial second goal in the 2-0 win back in Spain last month, was tested with a spot of resistance training as they look to complete the job on Tuesday. 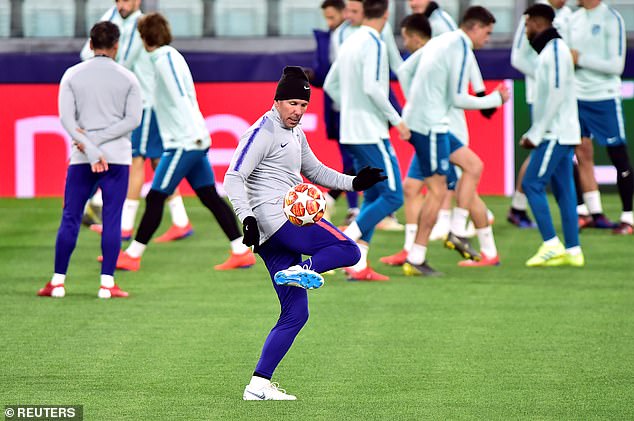 Simeone confirmed that Godin will be fit after picking up a quadriceps injury in training last week.

But he was in no mood to rest on his laurels ahead of the showdown, extolling the virtues of the runaway Serie A leaders.

He said: ‘Juve is not just Ronaldo, he has many champions with very experienced men. 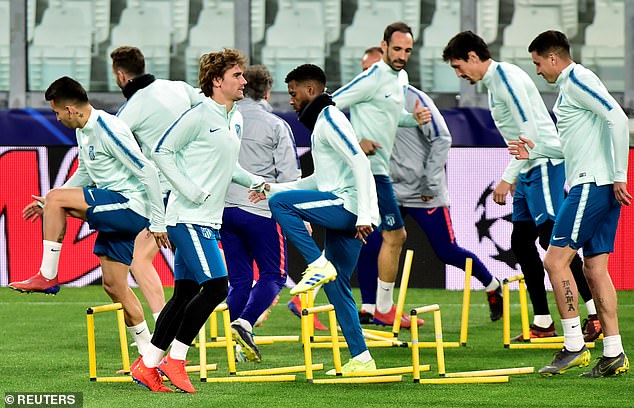 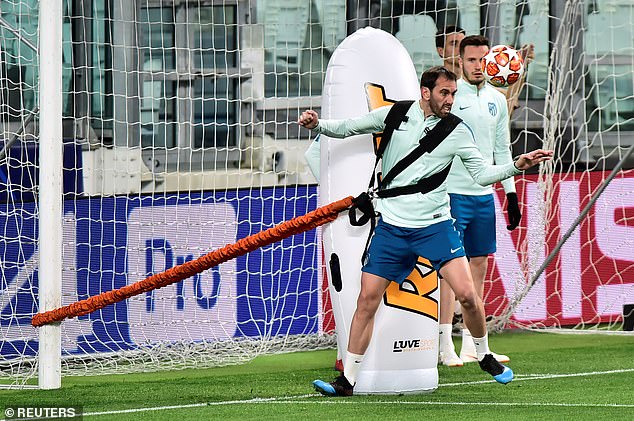 ‘They have great quality ahead, Bernardeschi, Dybala, Douglas, who can accompany Mandzukic and Ronaldo, they all deserve our attention.’

And he conceded that elimination at the last-16 stage would be a failure for his side.

‘The elimination would be a failure, they are two games, they have to be experienced as a match time, we will have to make better use of the opportunities built over the first leg.’ 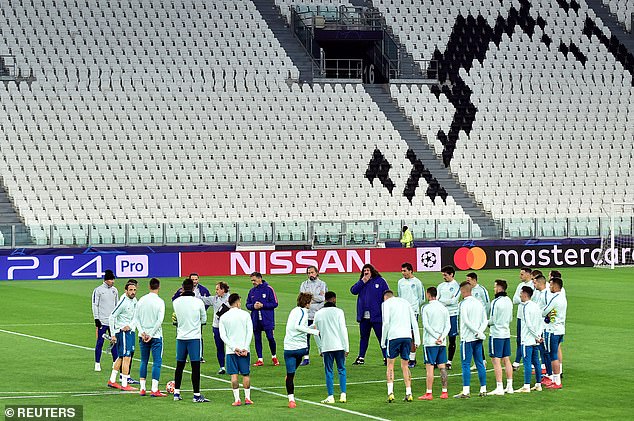 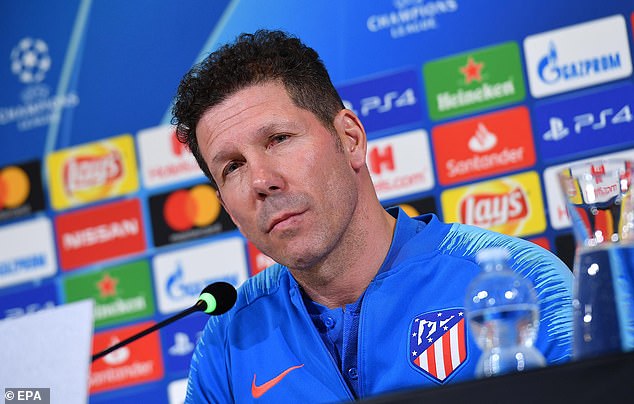