Dietitian Bree Murray said reaching for a healthy, nutrient-dense snack in the afternoon can really help to beat cravings

When our concentration begins to slide during the mid-afternoon slump, many of us reach for a chocolate bar or a packet of chips to curb our hunger.

But consuming an unhealthy snack can send our sugar levels skyrocketing – and although it might give us a quick boost, it can leave us feeling guilty and unsatisfied.

A survey commissioned by Australian Almonds found more than a quarter of Aussies are reaching for chocolate or biscuits as a way to combat the afternoon munchies. 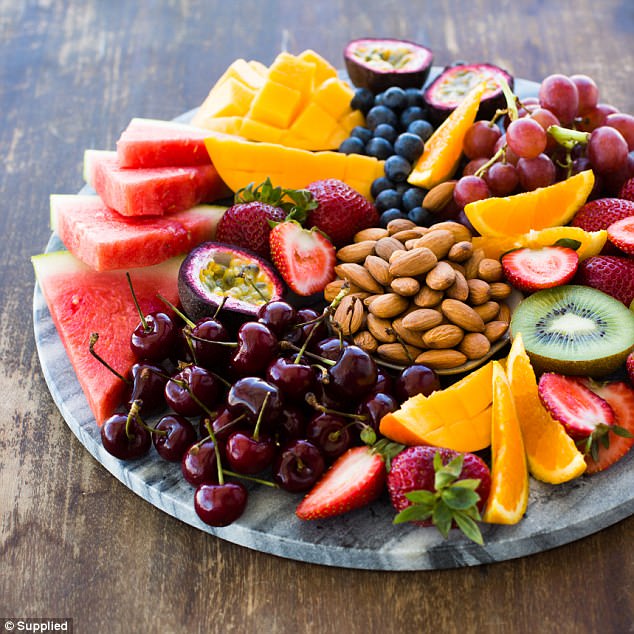 WHAT ARE THE HEALTHY ALTERNATIVE SNACKS?

Accredited practising dietitian Bree Murray said reaching for a healthy, nutrient-dense snack in the afternoon can really help to beat cravings, increase alertness and provide the energy boost you need to keep you going until clock-off.

‘Keeping minimally processed, snacks on hand such as unsalted nuts, plain yoghurt or a piece of fruit can help to keep the body feeling nourished and productive without the guilt associated with less nutritious choices,’ she said.

She said a handful of almonds is the perfect go-to afternoon snack.

‘They’re naturally low in sugar, a source of protein and fibre, and rich in healthy fats. This means they keep you feeling full for longer without significantly impacting blood sugar levels,’ she said. 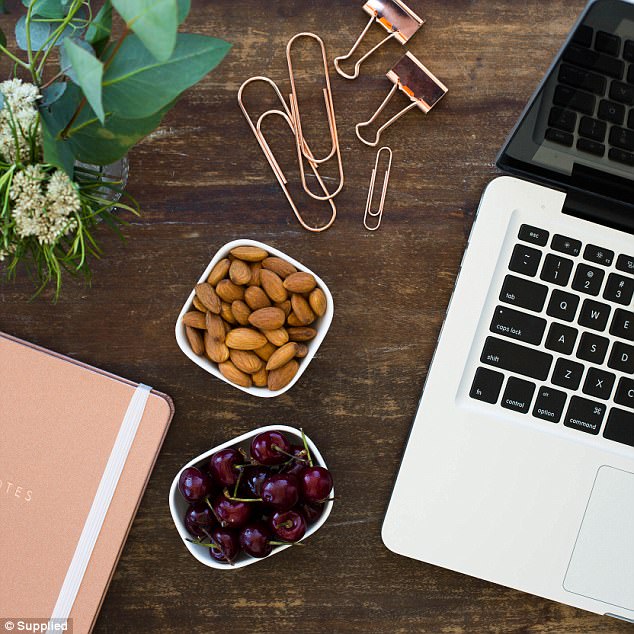 If you’re craving for an afternoon snack, a dietitian suggested eating a handful of almonds

‘Almonds are also a great source of vitamin E, an important antioxidant and fat-soluble vitamin which protects body cells from damage.’

Research shows that including a daily handful of almonds as part of a healthy balanced diet can give you a powerful punch of nutrients that supports a healthy heart without causing any weight gain.

‘With many Australians experiencing fresh energy and revised commitments to their health and fitness goals, January is the perfect time to improve overall eating habits,’ she said.

‘Keeping healthy snacks in your desk drawer such as an apple or a jar of almonds makes it easier to make better choices next time the afternoon munchies strike.’ 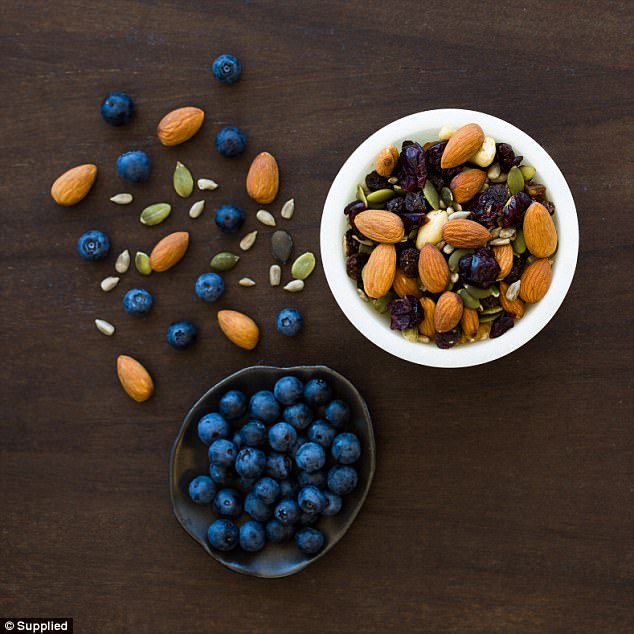 The Australian research found almost half of respondents wished they had better snacking habits, while 55 per cent of women feeling guilty about their choice of food.

An overwhelming number of Australians also reported feeling less productive in the afternoon compared to earlier in the day (48 per cent).

Participants also admitted to regularly feeling both tired (58 per cent) and hungry (39 per cent) by the time the afternoon had arrived.

A study from the University of Cambridge in England in 2011 found that people should be reaching for protein such as canned tuna or hummus to beat an afternoon slump instead of sugar.