An Australian dietitian has shared her top four tips for combating the rising price of groceries while still making healthy choices for your family.

Nutritionist Rebecca Gawthorne, who lives in Sydney, took to Instagram on Sunday to explain what she chooses from each aisle and the freezer section to save money at the checkout.

Her first tip was to include dried, frozen and canned produce in your shop.

While fresh food is obviously preferred the high cost of vegetables and fruit in Australia at present is making the switch to other sources easier.

Nutritionist Rebecca Gawthorne, who lives in Sydney, took to Instagram on Sunday to explain what she chooses from each aisle and the freezer section to save money at the checkout

‘Dried and canned legumes like beans and lentils are incredibly cheap and versatile and a great addition to your meals,’ she said.

‘They are packed with plant protein, energy sustaining carbs, vitamins and minerals and can make your meals go so much further.

‘Traditional dried fruit (i.e. without the added sugar) is another brilliant option loaded with fibre, vitamins and minerals. And don’t forget frozen fruit and veg which are snap frozen to retain their nutrition and a more affordable option.’

Rebecca also shops locally and seasonally where possible to help save funds, looks for specials to buy in bulk and chooses ‘cheaper’ plant-based options. 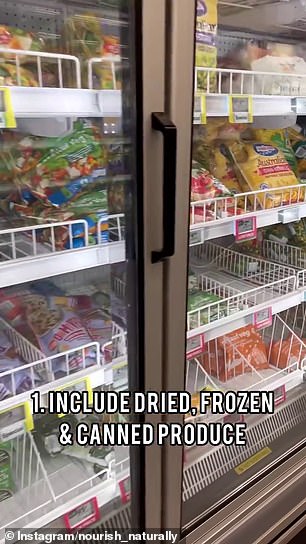 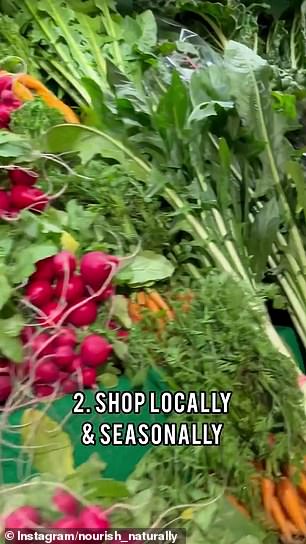 ‘Scope out savings and buy in bulk to save some extra cash. You can plan your meals, cook and freeze which will save food waste too.

‘Include more affordable produce like potatoes, onions and carrots. While they may not be trending like celery or kale has been, keep adding them in your trolley to save money and boost your health.’ 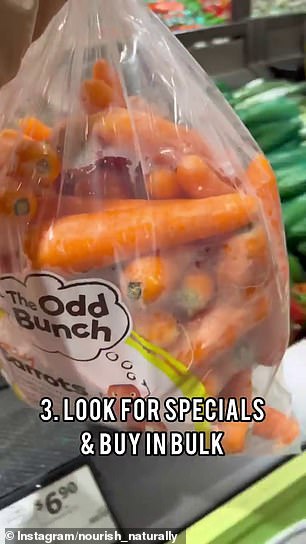 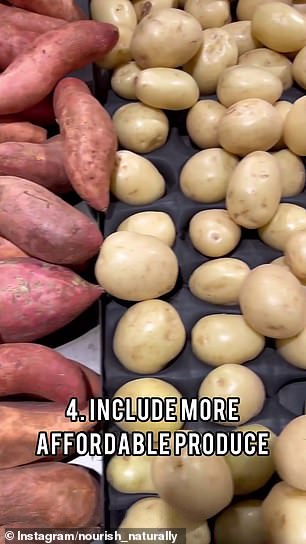 Susie Burrell, who has two honours degrees in nutrition and dietetics and psychology, agrees that Australians shouldn’t even be thinking about buying $12 worth of lettuce when there are other more agreeable options.

She said the darker and more colourful vegetables should be prioritised when budgets are tight.

Speaking to FEMAIL she explained frozen spinach and kale are much cheaper and have better nutritional profiles than the humble iceberg lettuce. 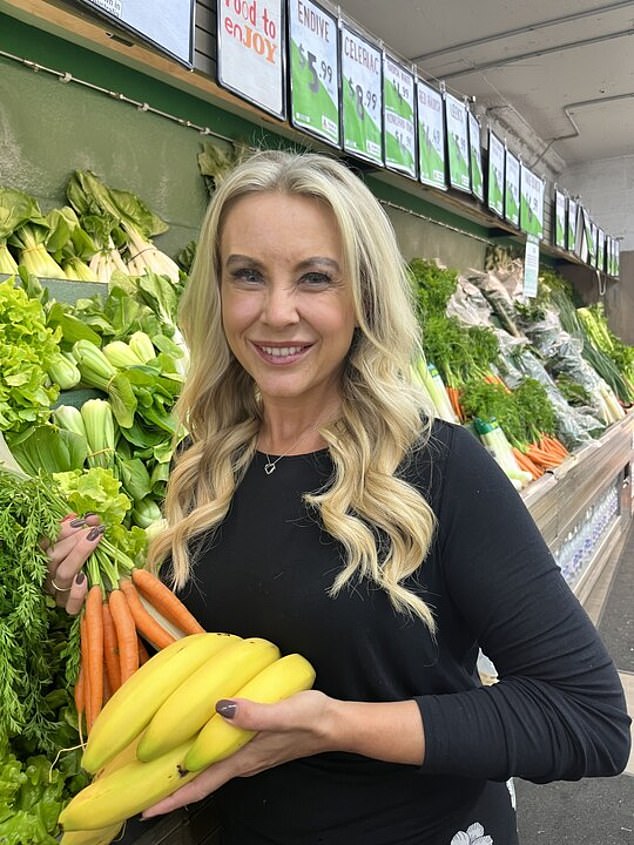 Susie Burrell, who has two honours degrees in nutrition and dietetics and psychology, said the darker and more colourful vegetable should be prioritised when budgets are tight

They can often be picked up for less than $3-per-kilo and are more versatile as they can be ‘used in everything’ from smoothies to bolognese, she explained.

‘When budgets are so tight you do not need to feel like you have to spend $12 for a salad to get your nutrition,’ she said.

‘Iceberg lettuce is very low in calories as it is mostly water, and while it does have some nutrients you aren’t getting much for your money with these inflated prices.’

A supermarket in suburban Brisbane was pictured selling a single head of iceberg lettuce for as much as $12.99 last month.

Some lettuce farmers in Queensland have lost their third crop in a row and risk the collapse of their businesses following the unseasonable rain.

The peak horticulture group warned growers in the state’s southeast will need millions to recover from the string of natural disasters.

What can you eat instead of lettuce?

She said these can be fresh or frozen and work in drinks like smoothies as well as meals like Bolognese and as chips.

Fast food chains have also tweaked their menus following the huge price increase with KFC warning customers to expect a cabbage blend on their burgers.

Susie recommends buying cheap high-nutrient vegetables like carrots, spinach and kale for a ‘fraction of the price’.

‘If you do want salad for a sandwich then carrots and tomatoes are better options.’

She recommends buying canned and frozen vegetables to save money where you can.

‘You can buy canned tomatoes and beetroot, frozen spinach, kale and cauliflower and pick up carrots for $1-per-bag.

‘If you have some extra money for fresh vegetable after that you are best buying something very colourful to get the most out of it – rather than lettuce of cucumbers which are mostly water.’

Her ‘top five’ replacements for the popular vegetable include rocket, cos and beet greens as well as spinach and kale.

‘If you have picky kids you can make kale, carrot or zucchini chips,’ she suggested. ‘Or put them in a smoothie.’

‘Try a few florets if you are trying to get the more vegetables into their diet,’ she said.

Susie said other expensive produce, like tomatoes and beetroot, can be switched out for canned varieties to save money.

Her advice comes after a steep increase in the cost of fruit and vegetables across the country. 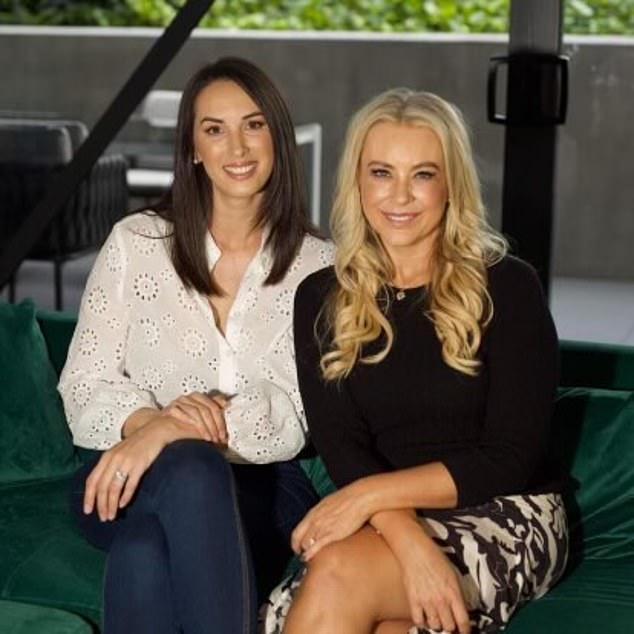 One video appearing to show two women piling their trolley with ‘free’ loose lettuce leaves has divided the internet, some commenters outraged at the pair while others have defended their actions.

The video showed the women at a lettuce stand in what appeared to be a Coles branch in Western Australia.

The women’s trolley was already full of lettuce leaves when the video began.

While one woman pulled the outside leaves off the heads of iceberg lettuce and put them in the trolley, the other then put the leaves into plastic bags.

She was then seen pulling another bag off to use while a passerby stared at her, wondering what was going on.

The exorbitant price of lettuce lately struck a chord with some commenters, who blasted the women for having ‘no regard for anyone’.

A second pointed out that it’s not the shop that’s losing out, but everyone who wanted an iceberg lettuce.

‘Lettuce is sold by ‘each’ not weight, so they’re actually stealing from everyone who buys a lettuce after them.’