A 17th century cottage sold off for £95,00 two years ago is now back on the market at almost triple the price after being totally transformed in a refurbishment.

The cottage in Stockport, Greater Manchester was auctioned off in 2016 for £95,000 by the local council, after its owners decided they could not restore the property, which was left in a state of disrepair since 1999.

But, the Grade II-listed cottage, has now been totally transformed in a stunning two-year refurbishment.

The 400-year-old property is now a beautiful three-bedroom cottage with fantastic gardens and it’s back up for sale at an asking price of £375,000.

A recent picture of the 17th Century cottage which is on the market for £375,000

As part of the conditions of sale, the developer had to fulfill many statutory conditions set by the council to renovate the property back to the correct standard, while restoring and preserving its historic features.

Mr Houlihan said: ‘I’ve enjoyed refurbishing this historic property and a lot of work has been put into it. I’d like to thank Stockport Council, CAN:DID Architecture Ltd and Plan:8 Town Planning Ltd, as well as local tradesman, for the partnership work.

‘We used lots of reclaimed materials such as a canal lock [device used for raising and lowering boats] for the rotted beams which were cut down to size.

‘We also found pictures of the original windows on a Facebook group and I really wanted to put it back to how it was in the photos.’

‘I’m looking forward to new projects and developments within the borough.’ 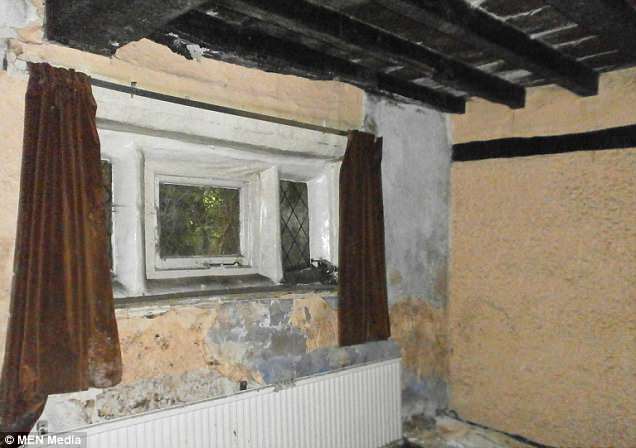 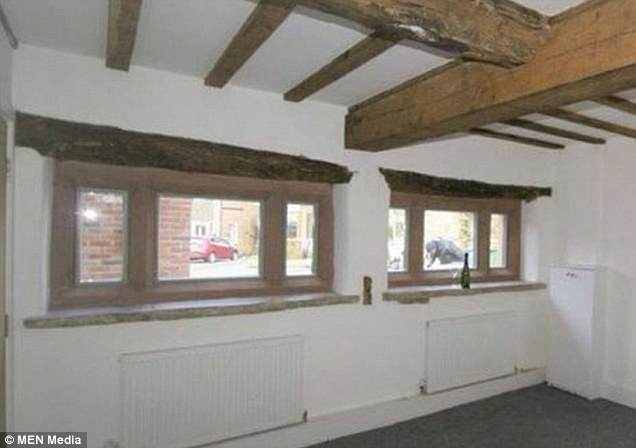 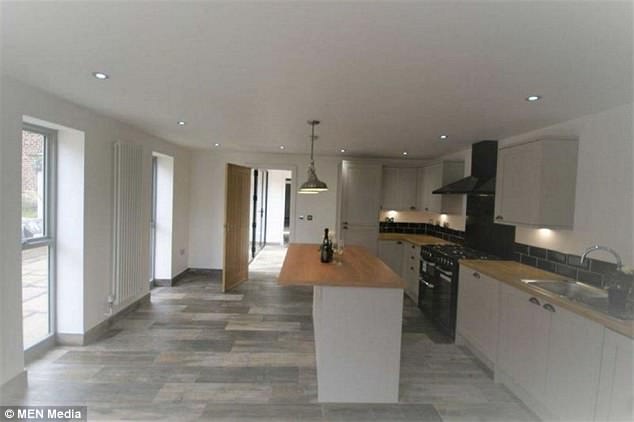 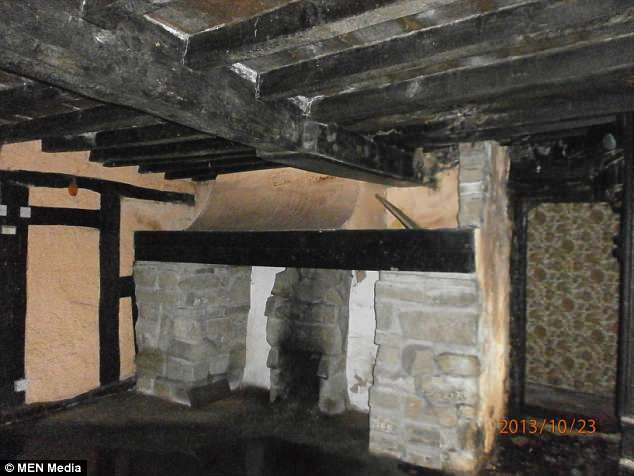 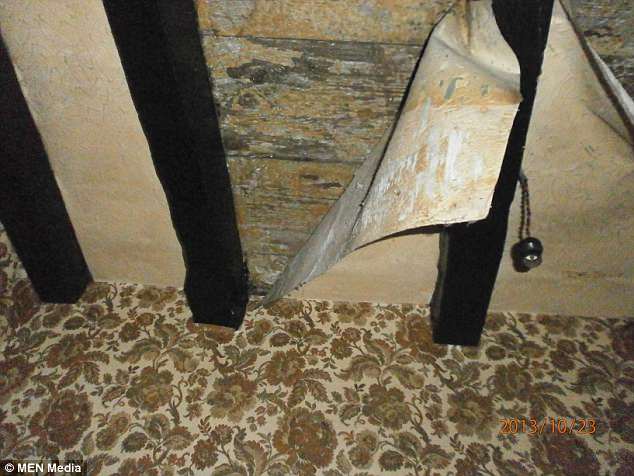 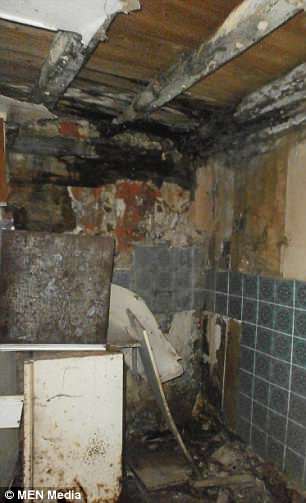 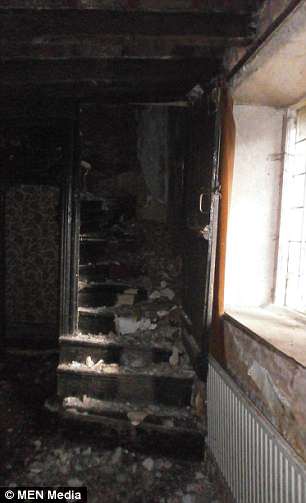 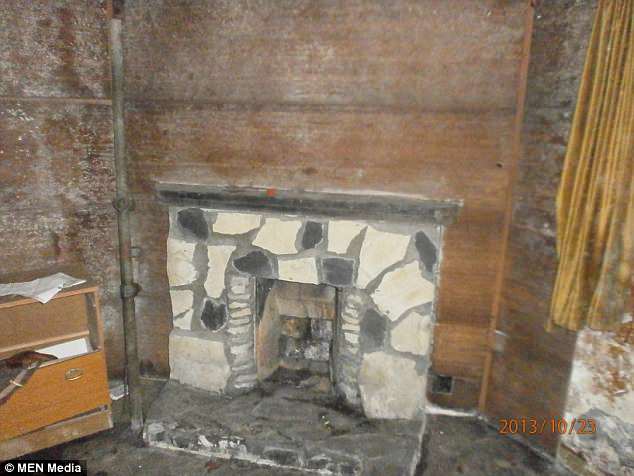 As part of the refurbishment, a stone feature fireplace, pictured before the building was upgraded, was kitted with multi fuel burner on flagged hearth 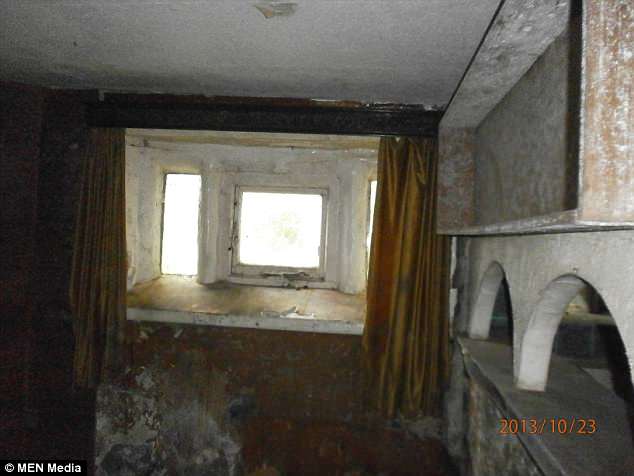 To recreate the cottage’s original look, property developer, Neil Houlihan, used pictures he found on Facebook of original windows. Pictured is a window before the refurbishment 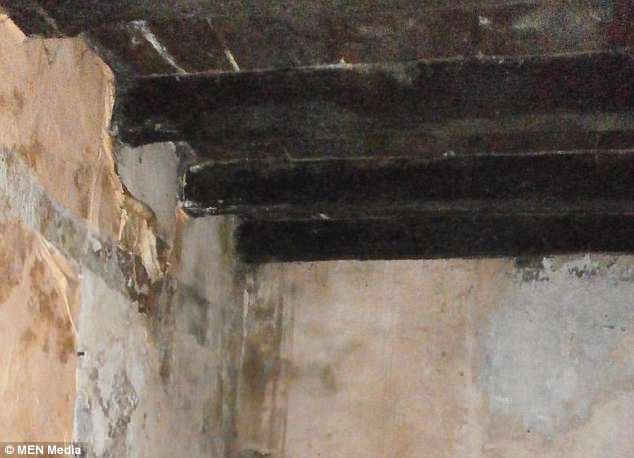 Builders used a canal lock [device used for raising and lowering boats] on the cottage’s rotted beams, pictured, to cut them down to size 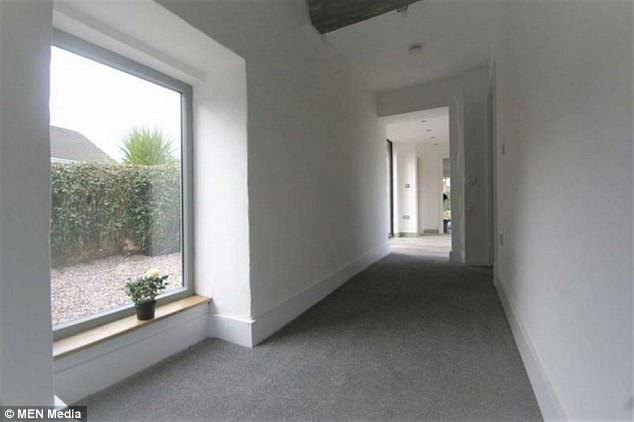 The cottage’s rear hallway, has a beamed ceiling, open access to the rear lounge, a door to one of the bedrooms as well as a double glazed side window 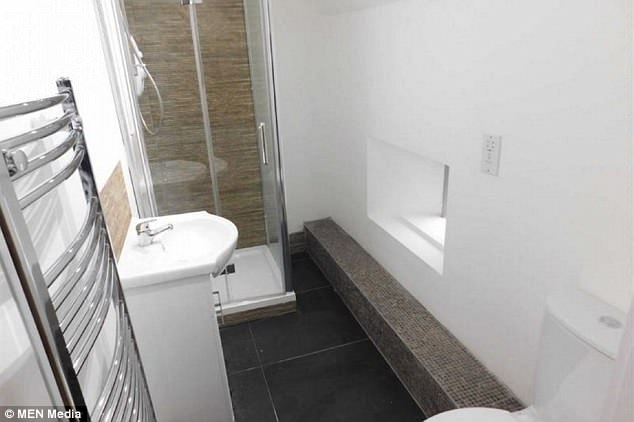 The cottage has a newly installed shower room including tiled walls, a pedestal wash hand basin, sunken ceiling spot-lights and a beamed ceiling, plus a new internal door to landing 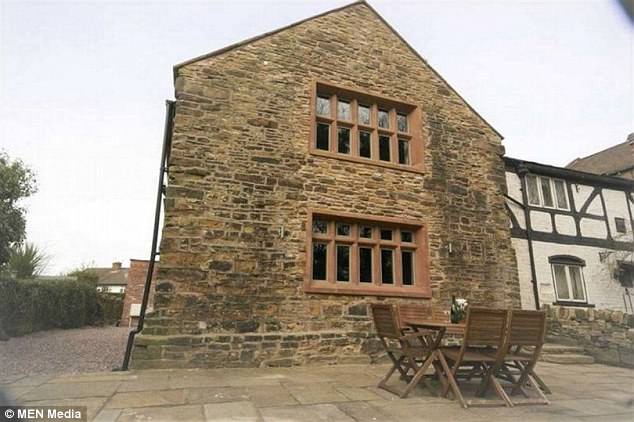 The cottage, pictured after the refurbishment, was upgraded using lots of reclaimed materials

It also includes a 75 foot rear garden screened by trees and shrubbery, comprised of  an elevated flagged patio with steps to a lower elevated pebbled area a a lower lawned area.

After buying the cottage, the council completed a Compulsory Purchase Order in 2015 and sold it to Mr Houlihan in 2016.

Caroline Simpson, Corporate Director for Place at Stockport Council, said: ‘Back in 2013, the Council felt it was necessary to intervene and purchase this historic cottage so it could be put back into use.

‘We worked closely with the property developer to make sure the renovation kept the character of the property and we couldn’t be more pleased with the finished work.’

The property is listed on the Edward Mellor website.