Dillian Whyte has called for a rematch against Tyson Fury and insists his opponent’s knockout blow was illegal because it was a two-handed shove – rather than the uppercut – that caused him to hit his head on the canvas.

Fury KO’d Whyte in the sixth round in front of 94,000 fans at Wembley Stadium on Saturday night to keep his 100 per cent record intact, but the Body Snatcher is not prepared to lie down and accept defeat.

Speaking to Sky Sports in the aftermath of the bout, Whyte insists Fury won the bout in an illegal manner and has urged the Gypsy King to accept a rematch. 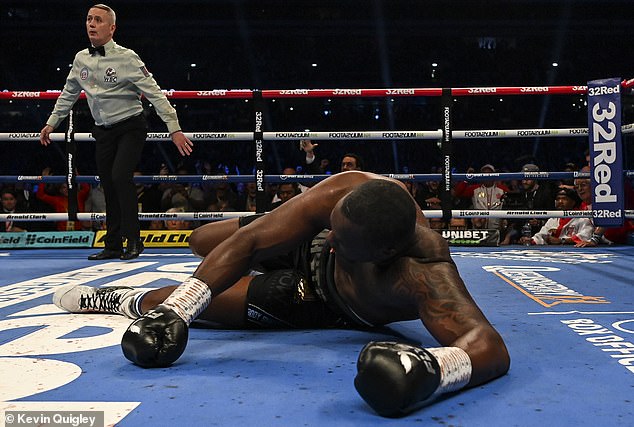 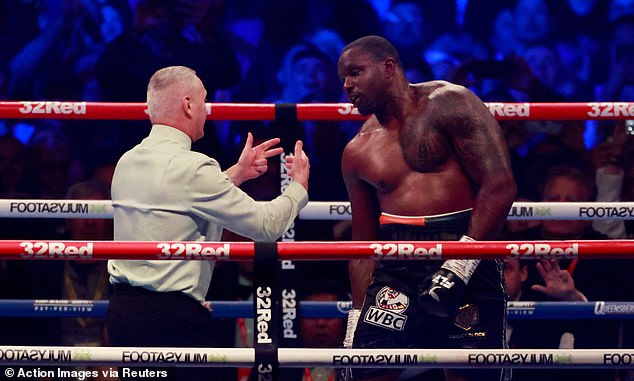 ‘He full-on pushed me and I fell over and hit my head on the canvas, which is illegal,’ Whyte said. ‘This ain’t wrestling, this is boxing. But, you know, you let Fury do what he wants and get away with it. I should have been allowed extra time to recover and then carried on fighting.

‘When he pushed me, he went to the referee, “don’t let the fight carry on”. The referee isn’t doing his job. Okay, I got caught, no doubt about that, good shot. I didn’t go straight down, he full-on, two-handed pushed me. It was a terrible job from the referee, but it is what it is.’

Many fight fans believed that Fury was in complete control of the fight heading into the sixth round at Wembley, but the judges’ scorecards said otherwise with one giving Whyte rounds two and three, and another awarding him the opening round.

Despite that, the fight didn’t go beyond the sixth, with Fury producing a remarkable upper-cut to send Whyte to the canvas, before the referee called it off. 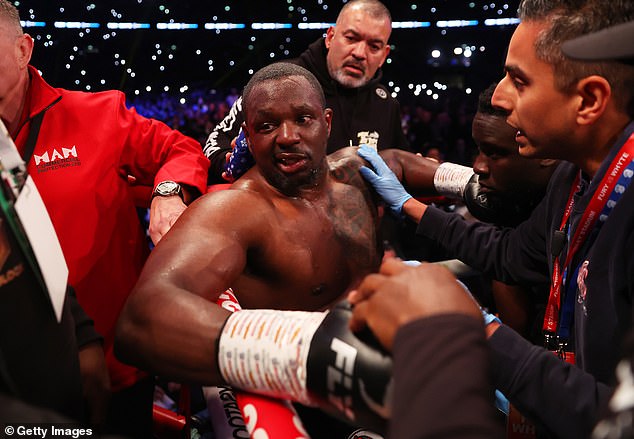 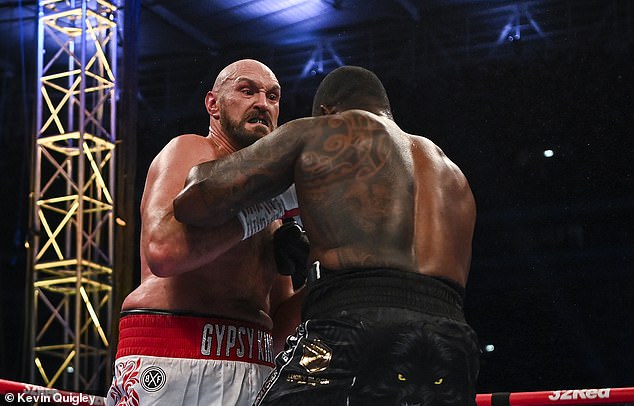 Fury has since confirmed his plans to retire, but Whyte has urged him to step back from those plans and fight him again.

‘He said he’s going to retire… I hope he doesn’t retire because I want another go,’ Whyte added.

‘I gave him just as many problems as he gave me. It wasn’t a one-way street. I’m not one of those guys who wants to go out on a loss, I’ve still got a lot left in me.’

Fury is sure to have plenty of offers in the coming months, with a unification bout against the winner of Anthony Joshua vs Oleksandr Usyk the most likely next fight if he does opt to carry on.