Dillian Whyte believes that the three best heavyweights in the world are all from Britain as he ranks himself third behind Anthony Joshua and Tyson Fury.

The ‘Body Snatcher’ is preparing for a rematch with Alexander Povetkin on Saturday night in the ‘Rumble on the Rock’ after he suffered a brutal knockout defeat in their bout last year.

The 32-year-old, who surrendered his position as the WBC’s No-1 ranked fighter as a result of that loss, failed to mention Povetkin as one of the heavyweight’s top contenders but did put former foe Anthony Joshua above himself when asked who he believes are the best five in the division. 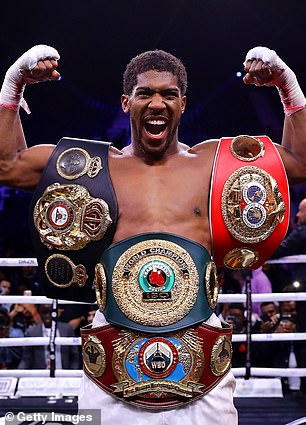 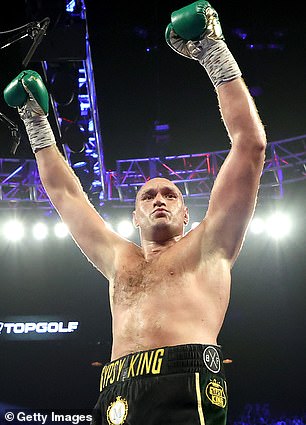 While on Instagram Live, a fan asked Whyte to rank his top five heavyweights and he named himself ahead of former world champions Deontay Wilder and Andy Ruiz Jr.

‘Top five heavyweights would have to be Tyson Fury, Joshua, me, Deontay Wilder probably and Ruiz,’ he said.

‘Or one of those guys I guess.’

Whyte had been in line for a world title shot after climbing up the WBC rankings after impressive victories over Derek Chisora, Joseph Parker and Lucas Browne. 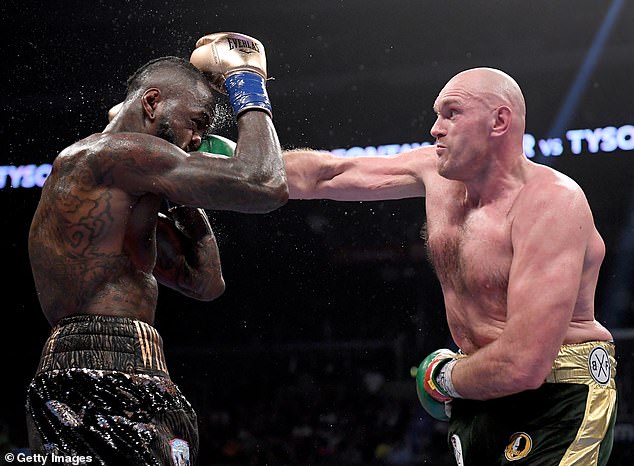 Deontay Wilder (pictured, left) was ranked in Whyte’s top five contenders, but below him 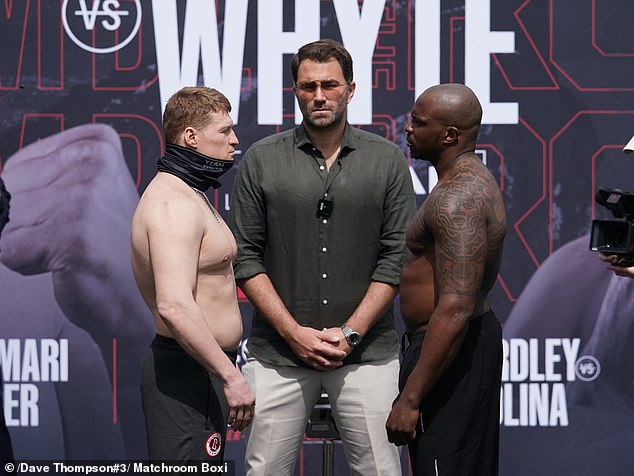 But Povetkin now holds that spot, which is up for grabs on Saturday night as the pair face off again in their anticipated rematch.

As well as Povetkin, former undisputed cruiserweight champion Oleksandr Usyk, who is currently the WBO No-1 heavyweight, was also not included by Whyte.

The Brixton heavyweight can cement himself as a major player in the division once again if he can avenge August’s defeat by Povetkin.

Whyte looked in phenomenal shape as he weighed-in five pounds lighter than he was for their first fight on Friday while Povetkin tipped the scales four pounds heavier.