‘Berbs, it’s killing me, but I need to leave you out’: Dimitar Berbatov reveals how Sir Alex Ferguson broke the ‘painful’ news that he had not made the squad for 2011 Champions League final

Dimitar Berbatov has revealed the difficult conversation he had with Sir Alex Ferguson as he found out he hadn’t made the squad for Manchester United’s Champions League 2011 final defeat to Barcelona.

Despite enjoying a strong campaign which saw the Bulgarian net 20 goals in all competitions, Berbatov narrowly missed out on the final squad, with Ferguson opting for Wayne Rooney, Javier Hernandez and Michael Owen instead.

Berbatov had not scored in seven appearances in Europe that season, but was nevertheless disappointed not to have made the cut. United went on to lose 3-1 to the Catalan club at Wembley. 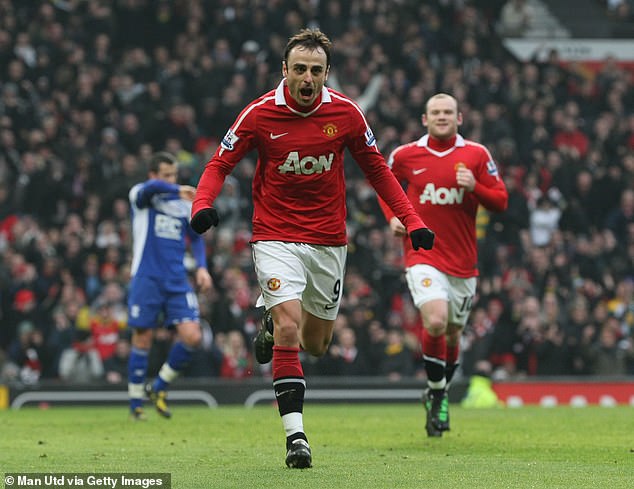 The Bulgarian enjoyed a strong season, scoring 20 goals in all competitions for United

And the former United and Spurs star has shared the difficult conversation he had with the legendary Scottish coach.

‘It was just before the game, he called me and said “Berbs, it’s killing me, but I need to leave you out,”‘ Berbatov told talkSPORT.

‘So it was like that and it was painful to hear that because I was a goalscorer of the team and of the Premier League. 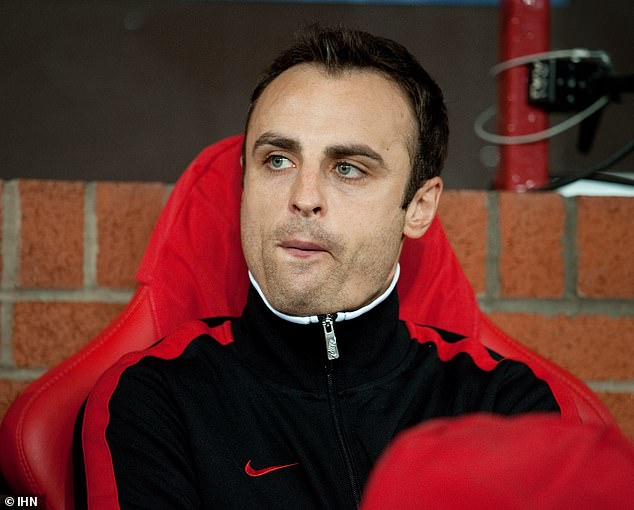 However, Ferguson left him out of his squad for the final at Wembley against Barcelona 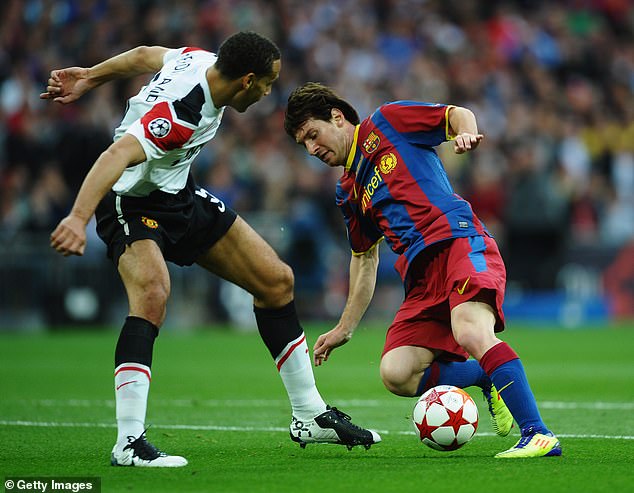 ‘I was surprised because I felt so confident if I can shoot from somewhere, it’s going to go in. So that was a surprise for me, but in the end it was like that.’

Ferguson had previously admitted his talk with Berbatov was a difficult one, and that the striker took his decision badly.

‘At Wembley, I dropped Dimitar Berbatov and he took it badly,’ Ferguson said.

‘He didn’t deserve it. No player deserves to be left out of the final. That’s why we try hard at these European seminars with the coaches to try to get 11 subs in the final.’