‘We have to play with a big heart’: Dinamo Zagreb boss Nenad Bjelica calls for ‘courage and aggression’ against Manchester City

Dinamo Zagreb coach Nenad Bjelica has called on his players to give it their all as they chase a shock win at Manchester City.

The Croatian champions face the Premier League winners in their second group game of this season’s Champions League on Tuesday.

Dinamo have made a fine start to the competition, claiming an unexpectedly convincing 4-0 win over Serie A side Atalanta a fortnight ago, and now they hope to spring a bigger surprise.

Speaking at a press conference ahead of the Group C clash at the Etihad Stadium, former Croatia international Bjelica said: ‘I don’t doubt they will be prepared for everything we throw at them. They are one of the best clubs in the world and it is going to be very difficult to surprise them.

‘But tactics are one thing. Other things are more important – a lot of aggression, a lot of running and courage.

‘We have to play with a big heart but we can achieve a big result against an opponent like this. We want to give everything to get a successful result.

‘We want to achieve the maximum – that is three points, regardless of any situation, no matter what the stadium. 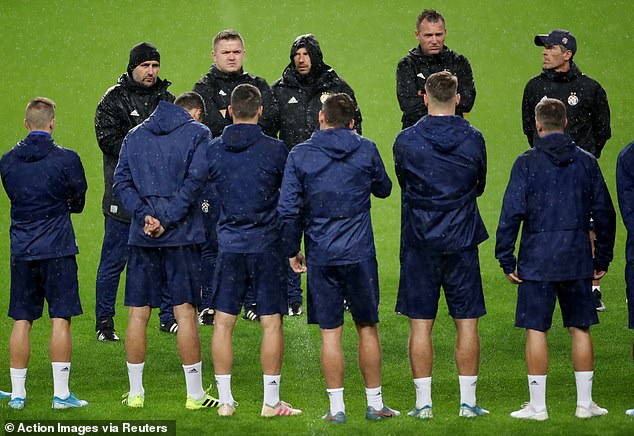 ‘I know it is very difficult and very few clubs manage to do that at Manchester City but we will have our chances. Many things have to click to get the result but we will try our best.’

Defender Petar Stojanovic accepts he could be in for a busy evening against City’s star-studded attacking line-up but he too believes the visitors can hold their own.

The 23-year-old said: ‘They are a top team. There are are a few players that stand out but we will play as a team and try to help each other.

‘Hopefully that way we will get a positive result. We don’t have huge answers but we are not going to surrender we will give everything on the pitch with all our hearts.’ 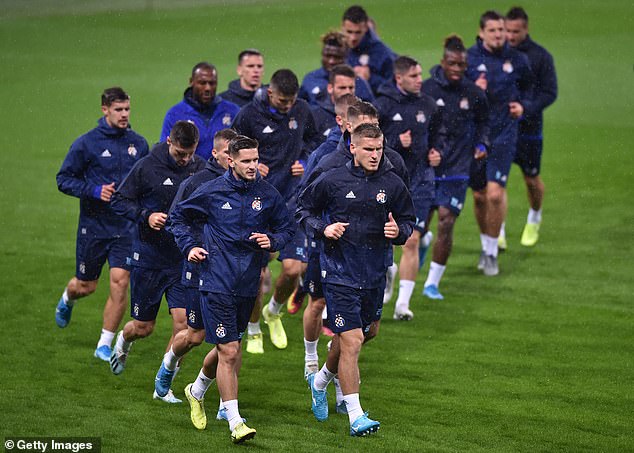