‘VAR is a piece of s***… it’s a pure circus and it doesn’t help at all’: Dinamo Zagreb boss Nenad Bjelica left furious after Shakhtar Donetsk handed penalty to earn last-gasp draw in Champions League

Zagreb let a two-goal lead slip to draw 3-3 during injury-time in the Champions League on Wednesday night, with the leveller coming after a lengthy VAR review.

And following the final whistle, the Zagreb manager ripped into VAR, claiming it is spoiling the game.

He blasted: ‘I don’t want to see what VAR did to us. VAR is a piece of s***! Kills emotions, kills the game! It’s a circus that doesn’t help us at all!

‘Look at England, look at Italy, look what’s going on there! I am absolutely against it! – shouted in an interview with the media Bjelica, who disagreed with the referee and believed that guests should not have the opportunity to equalize.’

Donetsk came from 3-1 behind to draw 3-3 in Zagreb right at the death. Junior Moraes gave them hope with a header three minutes into added time.

That set the stage for Tete to slot home from the penalty spot after a VAR review deemed Kevin Theophile-Catherine to have fouled Andriy Pyatov, who had come forward for a corner. 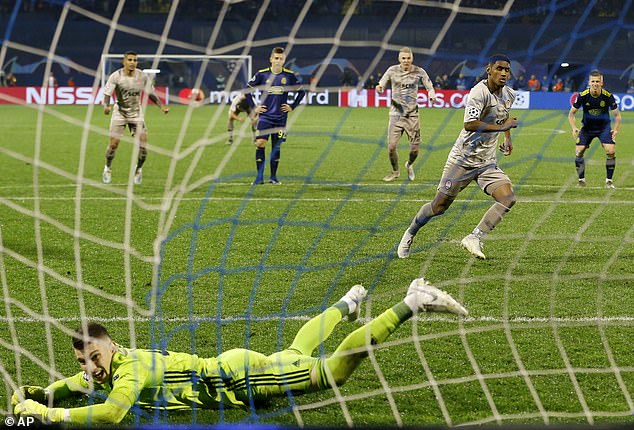