When you’ve got eight mouths to feed, it pays to keep things nice and simple.

And when it comes to dinnertime at Octomom’s house, tacos are on the table – but they are strictly veggie.

Mom-of-14 Natalie Suleman posted a picture of the her octuplets who are now nine-years-old enjoying dinner with a round of vegan tacos.

‘One of our favorite family fun night meals,’ Natalie Suleman wrote on Instagram as she posted a picture of her octuplets enjoying veggie tacos for dinner 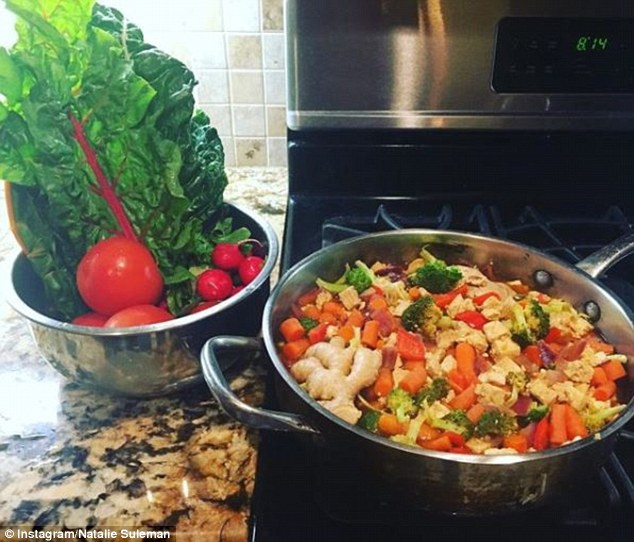 The children, Makai, Josiah, Isaiah, Jonah, Maliyah, Jeremiah, Nariyah and Noah clearly have quite the appetite and had three tacos each – a total of 24.

‘These kids eat more than any adult I’ve ever known lol… they all made two more EACH after the pic!’ Natalie wrote on her page.

Earlier this month, Octomom celebrated her children’s ninth birthday by sharing a video of them wearing inflatable crowns and blowing out the candles on a cake. Their birthday was January 26.

Natalie, formerly known as Nadya, made headlines in 2009 when it was revealed that she was pregnant with the octuplets.

At 31 years old, she was already a mother-of-six, and was unemployed.

All of her children were conceived via in vitro fertilization (IVF),  she has said she paid for the treatments with a combination of overtime pay and inheritance money.

She used eggs she had frozen for the earlier pregnancies to conceive the octuplets.

But now she’s trying to put her Octomom persona behind her, and in an exclusive interview with DailyMail.com in December, she revealed: ‘What she was disgusted me and I did not want my children to remember me like that.

‘I was forced into doing things I didn’t want to do because I was so terrified I couldn’t support them and give them the life I deserved.

‘When I abandoned it and went back to who I really am I had that sense of peace, internal joy. 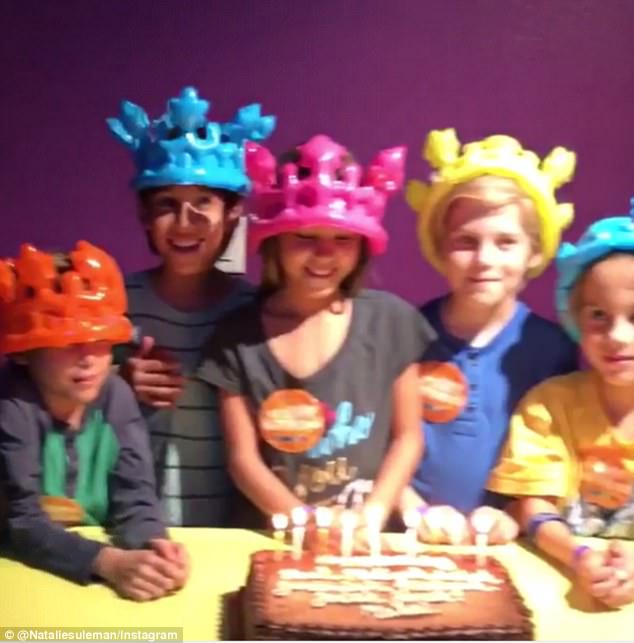 Earlier this month, Octomom celebrated her children’s ninth birthday. Singing all eight names during ‘Happy Birthday’ made the family crack up 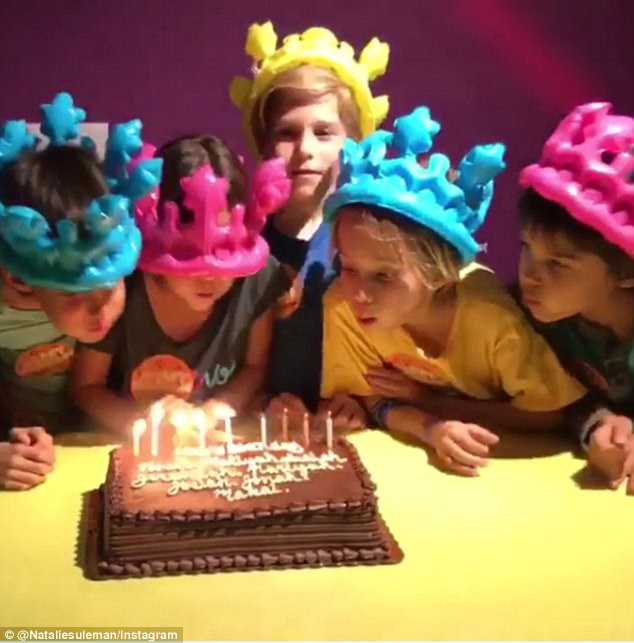 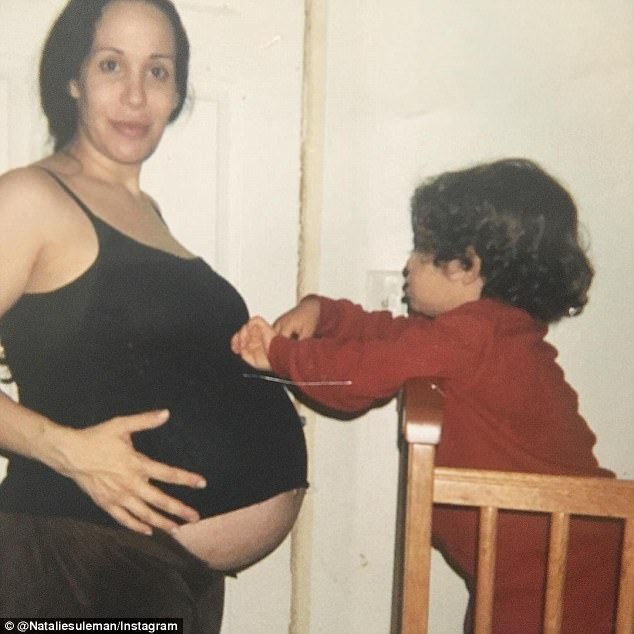 Recalling the moment she realized she had to turn a corner she said: ‘I was so low I was taking prescription drugs, benzodiazepines.

‘I had to medicate to just get through what I was doing. I would mix it with alcohol which I later found out was what Whitney Houston died from.

‘I didn’t want to be here anymore, but then I thought about my children and just had to keep going for them.’

She told how her breaking point came after she was approached by a stranger one night while she was working as a stripper.

‘He took my hand and grabbed my arm and said in a very gentle but firm way: “You do not have to do this.” He repeated it five times.

‘I couldn’t control the tears that were streaming down my face. I had that ugly feeling of nausea. I looked down for a moment, and looked up and he was gone,’ she says. 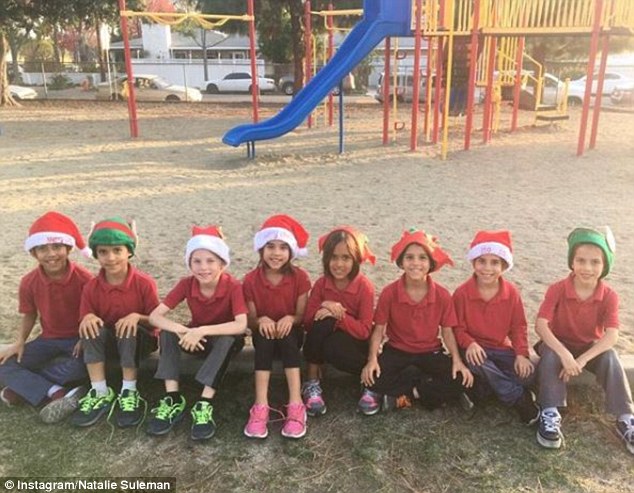 Natalie says she thought it was possible the man could have been ‘an angel’ and she decided to make a change: ‘I knew I had to be my healthy self again. I didn’t want my kids not to have a mom.’

As Natalie tried to turn her life around, she was found guilty of welfare fraud,  a verdict that has since been expunged from her record.

Today, she works part time as a drug and alcohol counselor, and raises her family, Elijah, 16, Amerah, 15, Joshua, 13, Aiden, 11, and 10-year-old twins Calyssa and Caleb along with the octuplets in a tiny townhouse in Orange County, California.