‘He was flailing back and forth and screaming in pain’: Injured dirt biker rushes to find help for his dying friend after the pair slam into two thick metal cables at 70km/h

A dirt biker was forced to rush his dying friend to the hospital last week after the pair sustained serious injuries while out riding.

Warrick Greer and Corey Davis were thrown from their dirt bikes on a remote track in Warrnambool, west of Melbourne, on November 18.

The friends were travelling at 70km/h when they suddenly struck two thick metal cables directly in their path.

Mr Greer, who suffered a broken collarbone, was left with no choice but to ride for 45 minutes to find help for Mr Davis, who he feared was going to die. 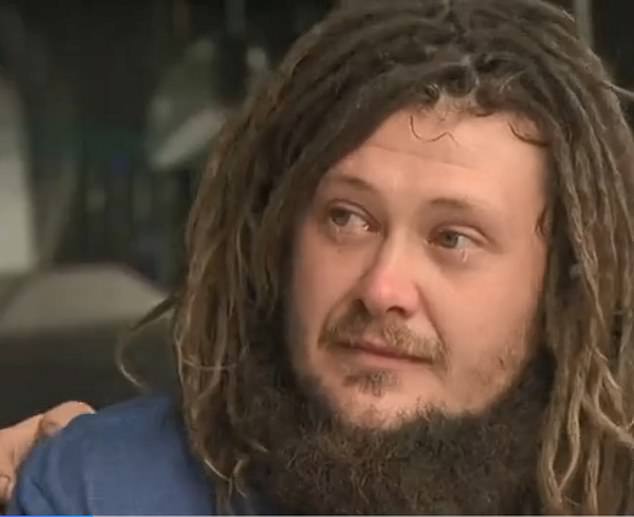 Warrick Greer (pictured) was left with no choice but to ride for 45 minutes with a broken collarbone to find help for his friend Corey Davis, who he feared was going to die

‘He was just flailing back and forth and just screaming in pain,’ Mr Greer told 7 News .

‘The last words he said to me were ‘I really need help.’ And that’s when I just had to pull my s*** together.’

Mr Greer experienced momentary blackouts and intense pain as he desperately rode from the isolated spot in search of help.

He is on the road to recovery in hospital, but is still unable to walk or eat.

Victoria police are now investigating the incident and why the cables were there at all. 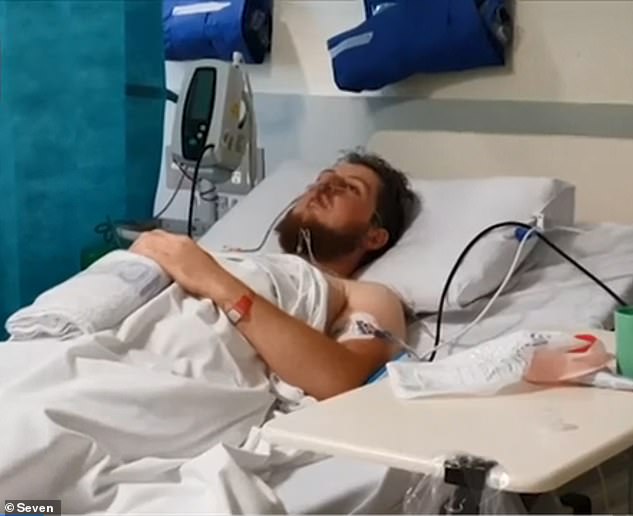 The pair rode at speeds of 70kmh into two thick metal cables in their path (pictured: Corey Davis in hospital)