A motorist has told of her disbelief as she watched a man park in the last available disabled bay, before telling her he needed the extra space for his expensive sports car.

Anita Harvey and her mother, both of whom are disabled, were trying to find a space in the car park of Nuffield Health Tees Hospital in Norton when the surgeon beat her to it.

Anita, 44, who had been driving her mother to an appointment, then asked him if he was disabled.

Anita said the receptionist told her the man driving the £112,000 BMW who took the last disabled parking space was an employee at the hospital 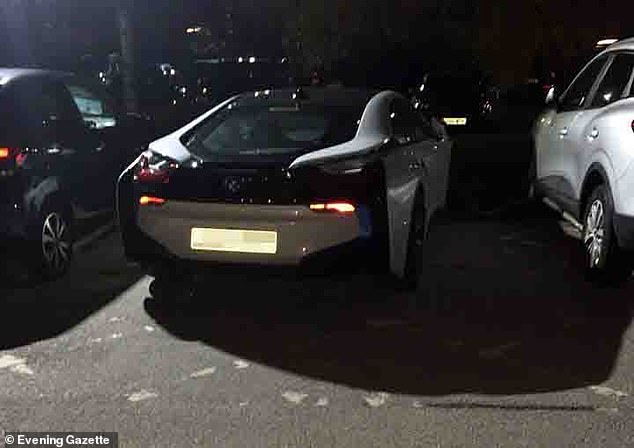 The surgeon’s car is a luxury £120,000 BMW i8 with doors that flip open upwards, and he says he needs extra room to park it

She told Teesside Live: ‘I know not all disabilities are visual but I still like to ask.’

‘He apparently has to park in disabled bays because his car doors open in a different way so he needs more room.’

Shocked by his casual reply, Anita approached the receptionist at the hospital who told her there were other disabled parking spots further away.

‘I thought she would at the very least apologise on his behalf,’ Anita told Teesside Live.

‘I could not believe that she was defending him and actually commented that he parks there all the time, as if it was fine.’ 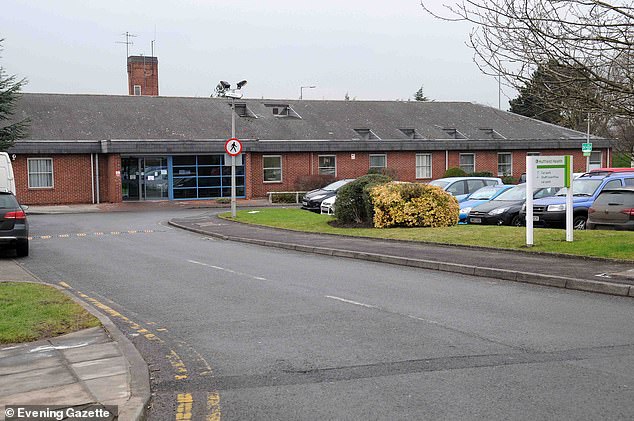 Nuffield Health Tees Hospital, on Junction Road, in Norton, where Anita was driving her mother to an appointment

Anita said the receptionist told her the man was an employee at the hospital.

Anita, from Billingham, confessed she was particularly upset by the situation as she is often accused of not having a disability, as hers the result of nerve damage during an unsuccessful lumbar fusion.

A spokeswoman for Nuffield Health said: ‘We were very sorry to learn of Ms Harvey’s experience and we will be contacting her to offer an apology.

‘We have also reminded all those who work for us and with us of the importance of respecting the rights of disabled individuals and keeping these bays free for their use.’