A disabled father has been left dismayed after Nick Knowles and the BBC’s DIY SOS team botched a home renovation job designed to accommodate his blind mother.

Stuart Philp’s, 44, semi-detached house in Torquay, Devon, was the subject of an episode of the show last year.

But the wheelchair-bound man, who suffers from multiple sclerosis, is forced to stare at a blank wall all day after the builders failed to complete an extension which would give him a view over the Moors.

And his blind mother Lin, 73, is equally disheartened after she was left with a room so small that she cannot even squeeze a chair into it.

Mr Philp, who is 6ft 7in, has suffered with progressive multiple sclerosis since Lauren was born

‘One of the things I really wanted was to be able to look out at the view over the Moors – but I am facing the wall,’ Stuart told Devon Live.

He also said that his mother had been more comfortable in her previous home after moving into the tiny room designed by the DIY SOS team.

Stuart added: ‘Mum was much happier where she was before. She had friends and she had more space.’

And Lin, who lost her sight in the 1980s, said: ‘I haven’t even got room for a chair. It’s been very difficult. We didn’t want to appear ungrateful. The people who were doing the volunteering were amazing.’ 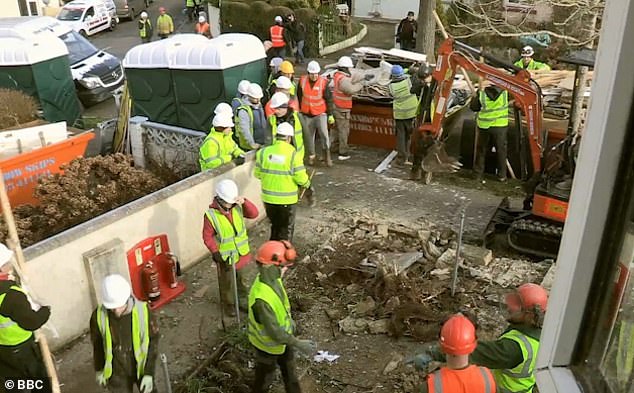 The team rallied to provide a wet room for Stuart, who is 6’7,  and also installed a lift so he could reach a specialist bed.

Stuart told Devon Live of the property that was made open plan downstairs, with a separate flat for his mother, 73 : ‘Don’t get me wrong – it’s lovely. We are so grateful and we don’t want to sound greedy.’

He lauded the team for an ‘amazing’ job, especially for fixing a battered kitchen wall but added that the place is now a bit cramped. 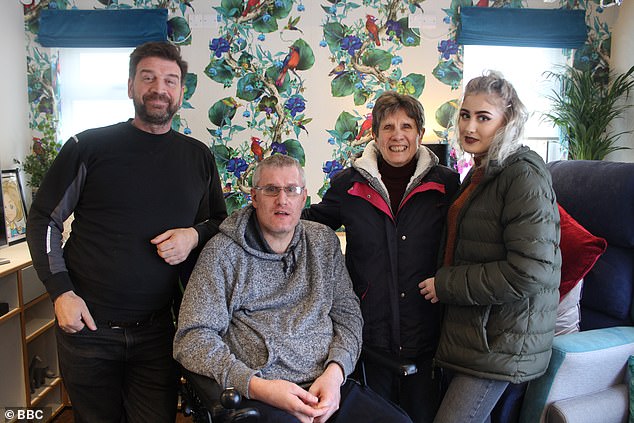 ‘They had to squeeze everything into the existing small house space and house three people where there had been two. It’s not the BBC’s fault.

‘I think that’s why they did such a great job with the back garden – to compensate for the extension not going ahead.’

Mr Philip was referring to the fact that the team were unable to extend the property, instead having to get creative and create the open plan space. 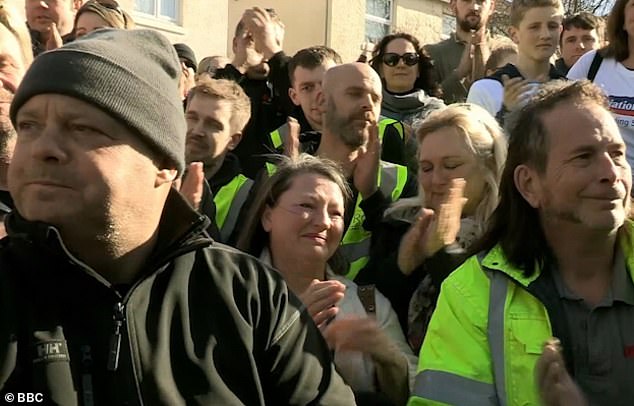 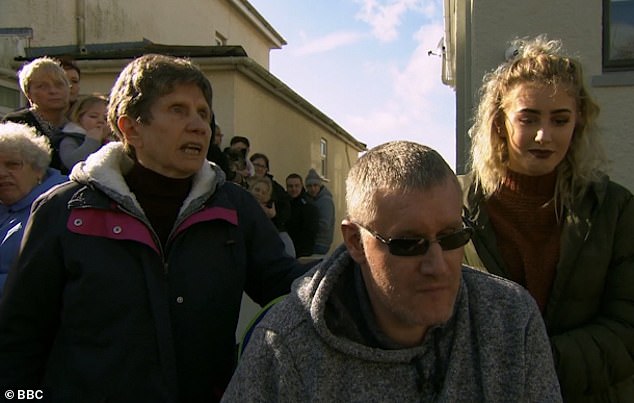 Mr Philp (centre) has not been to bed for two years, and his primary carer is his mother Lin (left)

He also struggles to get his wheelchair through both of the property’s doors but he and his mother, despite saying it’s been tough to live in, are grateful for the new-look property.

A BBC spokesperson said the DIY SOS team kept the Philip’s, like all contributors, consulted throughout the build ‘to ensure the design will meet their specific needs.’

They added: ‘We remained in touch with the Philips family regularly after filming to address and resolve their concerns as quickly as possible.’ 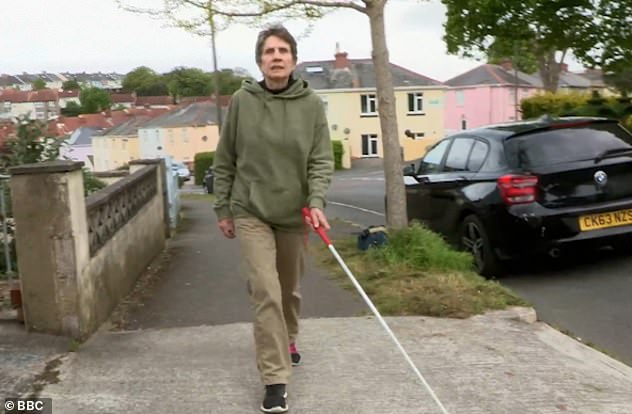 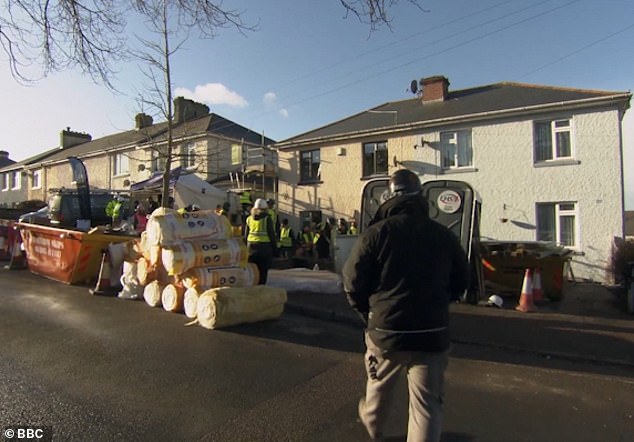