Dr Samuel Johnson may have uttered his famous saying back in 1777 but it rings true now more than ever. From riding a penny farthing around Trafalgar Square and roaming the East End with gangsters who knew the Krays to drinking in a pub Lenin once visited and venturing into one of the original cells of the Old Bailey, there are secret experiences that will blow the minds of visitors and lifelong Londoners alike.

Take a tour of London’s East End with real mobsters, complete with gold teeth and knuckledusters

Under normal circumstances, finding oneself in the midst of London’s criminal underworld would be cause for concern but there’s nothing to worry about on this gangster tour of the East End.

Led by real-life mobsters, complete with gold teeth and knuckledusters, individuals who hung out with the Krays as kids, this is very much the real deal.

You’ll hear shocking stories of murder, revenge and dodgy dealings that played out on the streets of Bethnal Green and Whitechapel with the capital’s unlikeliest, but loveliest (yes, really), of tour guides. 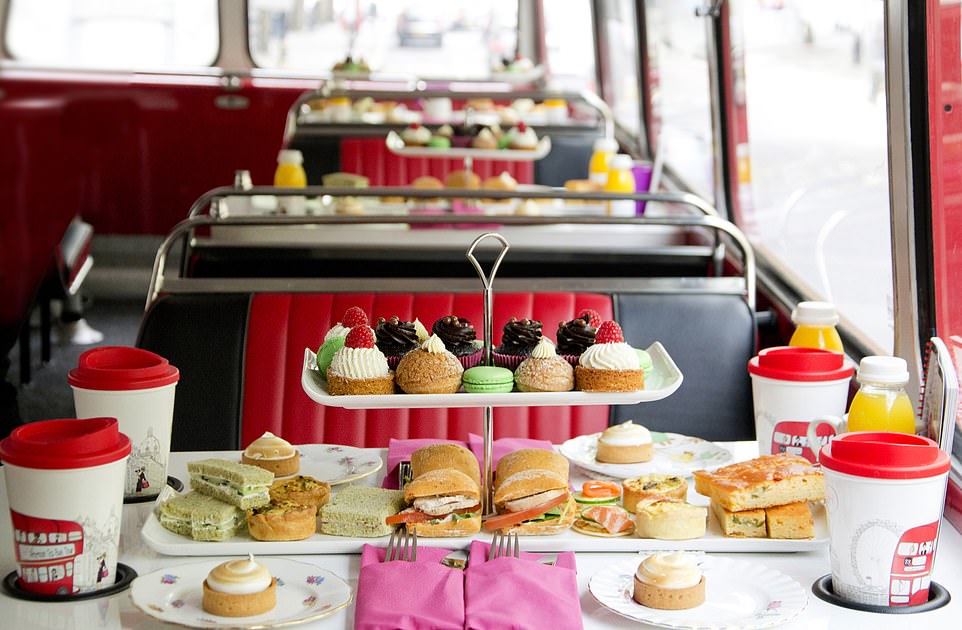 What could be more British than a classic afternoon tea?

Well, what about afternoon tea served on an original 1960s Routemaster?

Hop aboard this emblematic red double-decker bus and tour the capital’s most famous landmarks while nibbling on dainty crust-cut sandwiches, perfect pastries and sublime scones with dollops of cream and jam washed down with tea or, if you’re feeling flush, a glass of champagne. Now, please, pass the cucumber sandwich… 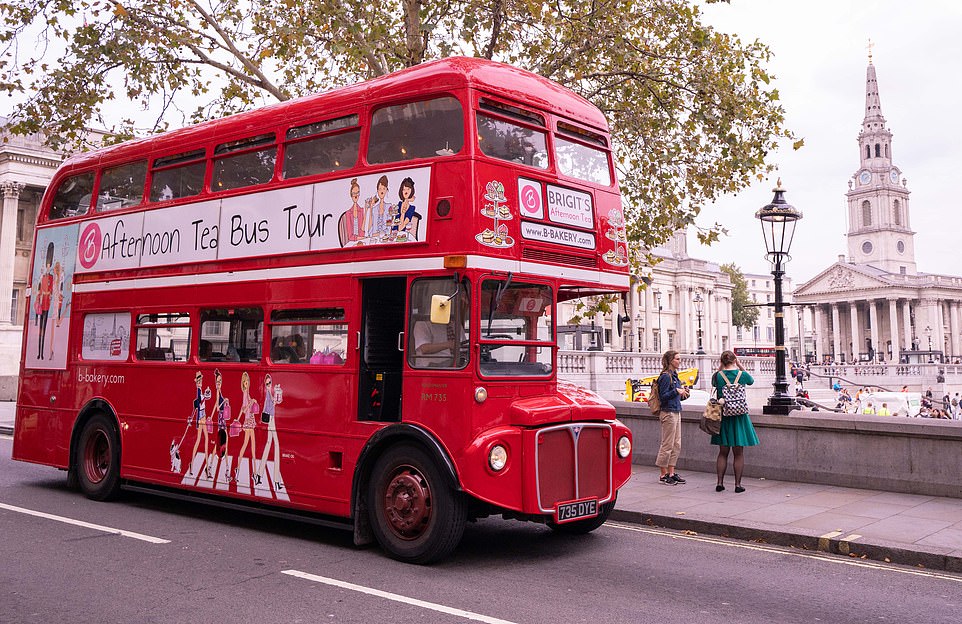 Penny for your thoughts

Long before Boris Bikes came along, these feats of engineering ruled the roads.

Named after the two coins they resemble, the penny-farthing was a common sight on the streets of Victorian London.

This is a rare opportunity to hop aboard and give it a go yourself. 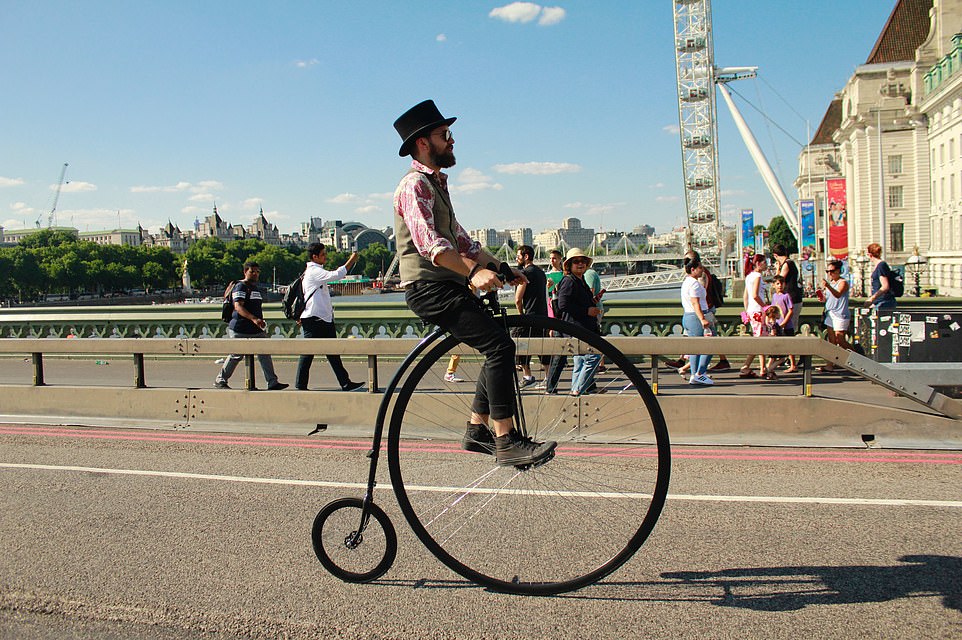 Pedal your way to a good time: Learn to ride a penny-farthing with the country’s leading penny-farthing enthusiast. And then take it for a spin to Buckingham Palace

A dash of bravery is required but you couldn’t be in safer hands. With the help of the country’s leading penny-farthing enthusiast, you’ll learn the basics in a quiet Georgian square before taking to the streets for a spin towards Buckingham Palace much to the delight, no doubt, of startled onlookers.

You may even spot Her Majesty peeking through the net curtains. 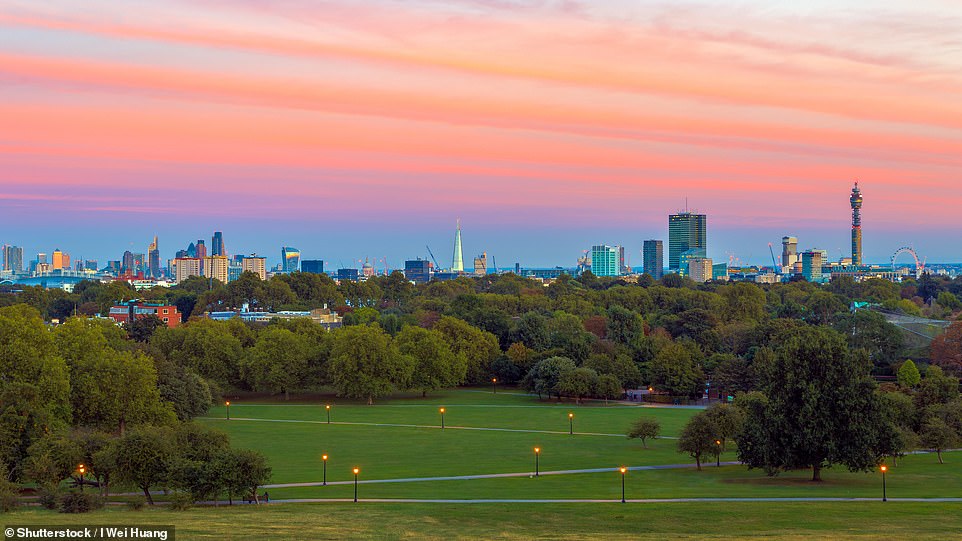 Allow your creative juices to free flow on this arty experience which concentrates on the city’s most picturesque spots.

Explore Primrose Hill, Hampstead or the South Bank with your private guide, a local working artist, and discover the history of the area before it’s time to get down to work.

Choosing a quiet spot, you’ll receive top tips and expert guidance on how to sketch and paint your own interpretation of the iconic skyline that’s majestically spread out before you.

From double agents during the Cold War to modern day assassinations, London’s connections to the world of spies and espionage extend far beyond James Bond.

This unique walking tour – led by a mysterious chap who once worked for MI6 – reveals many of the capital’s most intriguing stories that few are ever privy to.

The best bit? It finishes with a vodka martini in a former spy base served, naturally, shaken not stirred. 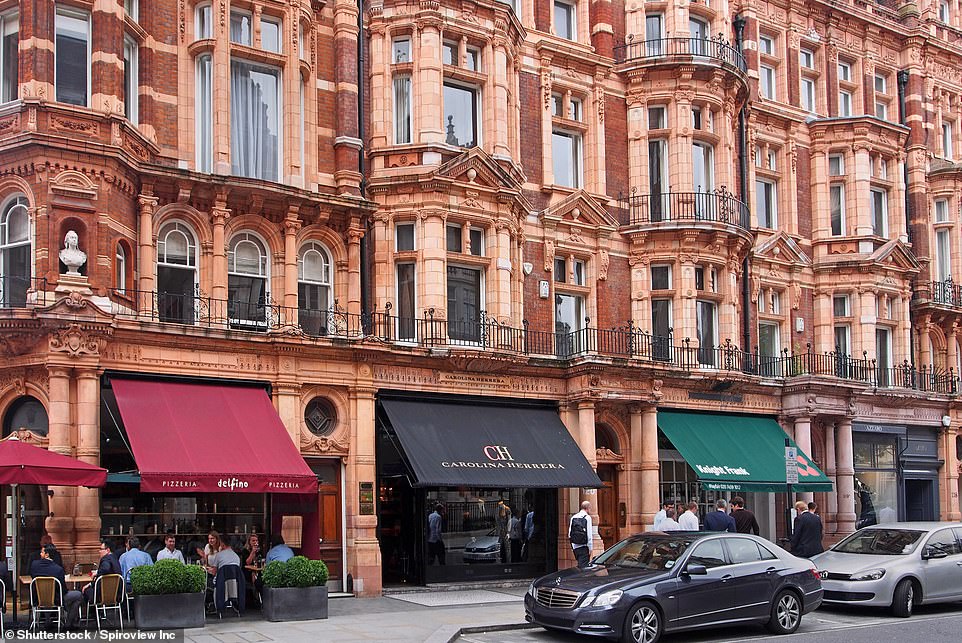 One of London’s most charismatic historians offers a tour of Mayfair (pictured), one of the capital’s swankiest districts

Mayfair has long been the stomping ground for the well-heeled and that all started in the Regency period during the 18th century.

This fascinating walking tour, led by the capital’s most charismatic historian, follows in the highly polished footsteps of the Dandies, elegant and fashionable gentlemen in the 18th and 19th centuries.

Rejoice in tales of their extravagant existences while visiting the very places they frequented including the perfumery where Winston Churchill bought his signature scent (you can still smell it, rather musky), the hatmakers that continue to decorate the heads of the rich and famous and the incredible wine merchants filled with dusty old bottles and creaking floorboards. 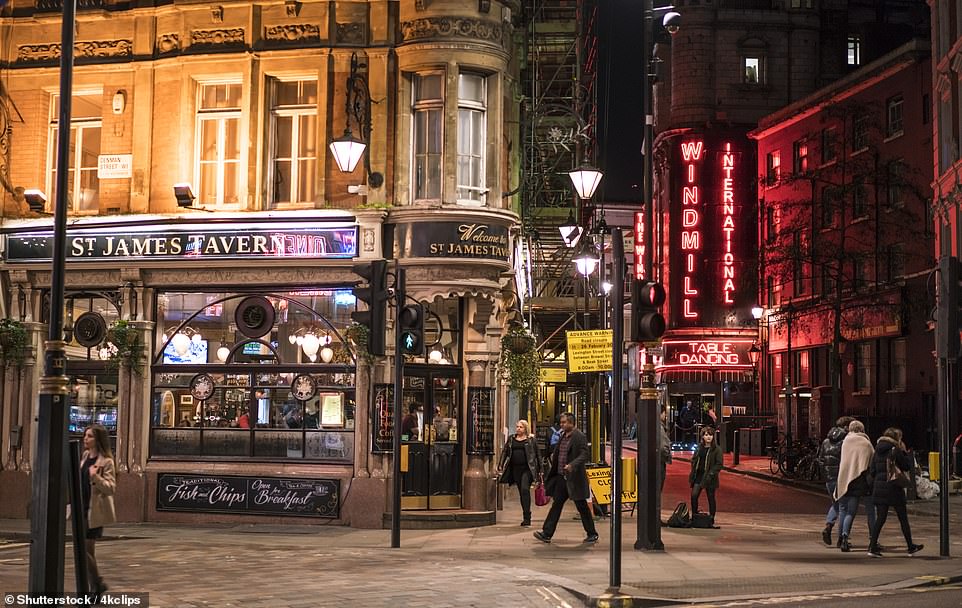 From illegal languages, ladies of the night and the resident who had himself crucified, Soho has long been London’s most colourful and controversial neighbourhood.

This adults-only stroll reveals how it became the city’s hedonistic hideaway, where debauchery was welcomed and blind eyes were turned, and how it attracted illustrious figures including Casanova, Mozart and Coco Chanel.

You’ll never look at it in quite the same way.

One of the extraordinary things about London is the nature that can be found even in the middle of such a mighty metropolis.

This wild and wonderful experience alongside a green-fingered foraging enthusiast takes you to a secret spot where you set about picking your own salad with edible plants and herbs that grow in the very heart of the city.

The menu includes wild garlic, wintercress and black mulberries. And you don’t find any of that in Pret. 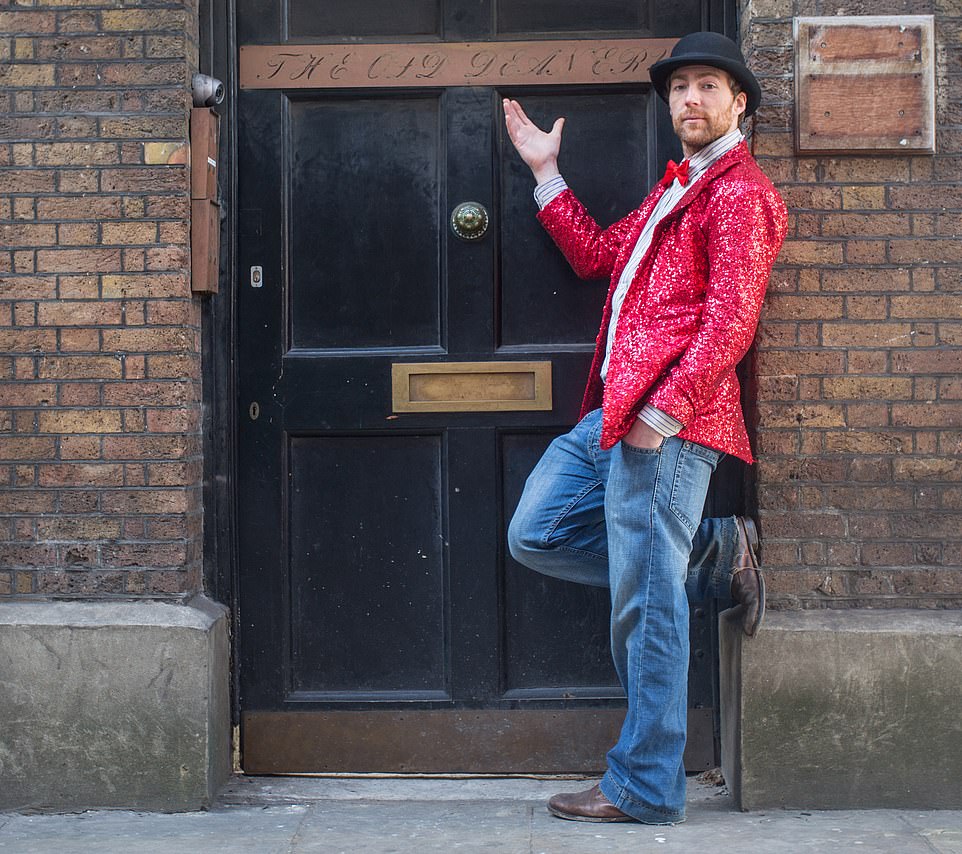 Roll up, roll up. The show is about to begin… But this isn’t one you’re likely to have experienced before.

From the steps of St. Paul’s Cathedral, this laugh-out-loud walking tour is led by a professional comedian, an exuberant chap in a top hat and sparkly red blazer who teases a chorus of giggles all the way to the South Bank.

Just don’t believe a single word he says. Every fact is a fib, every tale a tall one and every nugget of history a big fat fabrication. And it’s all the funnier for it. 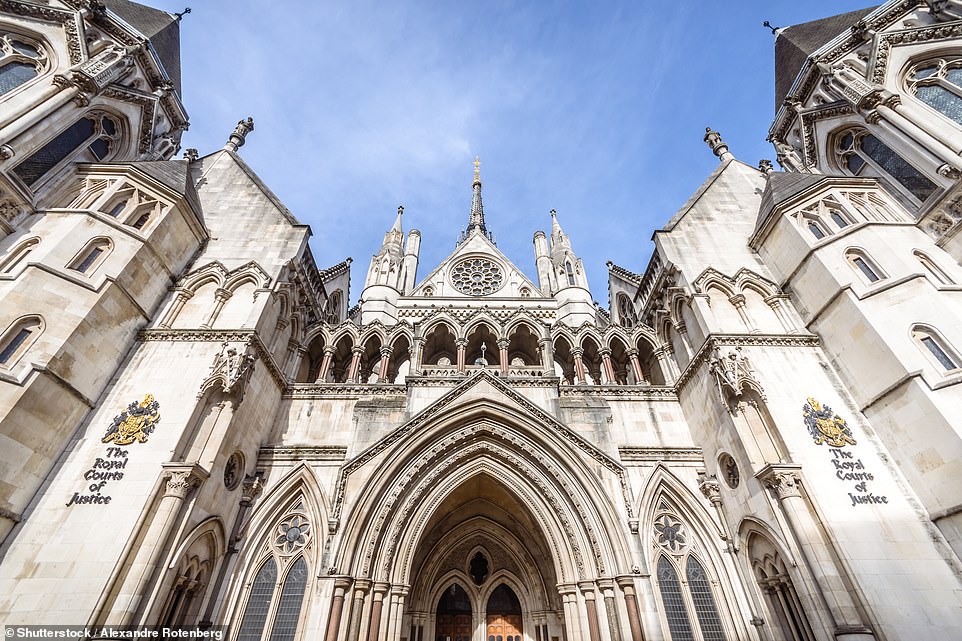 Roam the cathedral-like corridors of the Royal Courts of Justice, then watch a real trial in action

A NEW WAY TO EXPLORE THE WORLD’S GREATEST CITIES

Offering a curated collection of the very best and most unusual city tours, MakeMyDay was founded by Nick Boulos, an award-winning travel writer who wanted to offer people an alternative way to discover these iconic destinations. ‘With hundreds of options and thousands of fake reviews online to contend with, planning your time in a city can be difficult and time consuming. So I’ve done the hard work for you by personally finding and testing each tour, picking the best and discarding the rest,’ he explains.

Floggings, torture and public executions to the cheers of a baying crowd, London’s justice system once left a lot to be desired.

The uncomfortable realities are vividly retold on this fascinating tour that focuses on the legal system, past and present.

Roam the cathedral-like corridors of the Royal Courts of Justice, enjoy privileged access to the original 18th-century cells of the Old Bailey before watching a real-life trial in action.

Your expert guide, who worked at the country’s most famous court for over 30 years, will also answer all those intriguing questions, including why judges wear those weird wigs.

There are more than 2,000 pubs in this great city. But which is the best?

Well, that’s a matter of personal taste but you will certainly discover a handful of truly beautiful, historic and atmospheric drinking dens on this walking tour led by a guide so passionate about pubs that he painstakingly drank in more than 50 to select the best five.

From blink-and-miss-them taverns to extravagant gin palaces, you will drink in the same establishments that once welcomed Queen Elizabeth I and where Lenin took Stalin for a pint. Cheers!